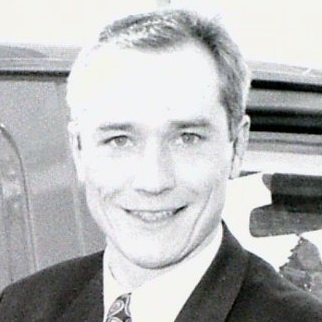 Experienced goalkeeper signed from Glenavon in October 1995 who went onto win the First Division and star in Alan Fraser's team of the late nineties.

In October 1983, Glenavon player-manager Terry Nicholson went back to his former club to pick up the 19-year-old stopper with a view to being a long term successor to himself between the sticks. Beck went straight into the starting eleven at Mourneview Park and proved difficult to remove, as he won his first senior medal in the form of the 1983/1984 Mid-Ulster Cup in his debut season at the club.

Nicholson's Lurgan Blues proved to be a consistently mid-table side throughout the mid-eighties, with two seventh place finishes and then a 12th place between 1984 and 1986. Despite mixed team performances, the manager kept faith with his young goalkeeper who quickly clocked up his 100th appearance during a disappointing 1985/1986 season.

Fortunes started to turn for Robbie and Glenavon towards the end of the decade, despite a County Antrim Shield final defeat to Glentoran in October 1986 and an Irish Cup final disappointment the following season to the same opponents in April 1988 - the County Armagh side were on the cusp of becoming a major force in local football and their goalkeeper was regarded as one of the top three custodians in the Irish League.

There was a first taste of European football for the now 24-year-old in the Autumn of 1988 as Glenavon lost to Danish outfit Aarhus in the Cup Winners' Cup. Personally, there was also a first major domestic trophy as Glenavon stunned champions Linfield, 6-1, in the final of the Floodlit Cup in April 1989 to go alongside a third Mid-Ulster Cup.

Beck was a virtual ever present as Glenavon went within a point of winning their first Gibson Cup in 30 years during the 1989/1990 campaign, which eventually went to rivals Portadown. Some comfort was taken as Glenavon defeated Newry Town in the final of the League Cup in December 1989, especially having lost the Ulster Cup final to Glentoran two months before. Robbie's performances were not going unnoticed for the title chasers, as he was awarded the league's Player of the Month award for February 1990.

The following 1990/1991 season, Glenavon were dominant in the cup competitions, reaching the final six of the seven domestic competitions they entered. Winning the Gold Cup, County Antrim Shield and Mid-Ulster Cup, but losing the Irish Cup, Ulster Cup and Floodlit Cup (the latter was the only final Beck did not feature in). There was also a second European outing, this time against French giants Bordeaux in the UEFA Cup - in which Robbie kept a clean sheet in the first leg of a 2-0 aggregate defeat.

Nicholson left Mourneview Park to be replaced by Alan Fraser in October 1991. Beck remained one of the stars of a enormously talented Glenavon team that included Stephen McBride, Paul Byrne and Glenn Ferguson and it was Fraser who delivered the Lurgan faithful one of the game's major prizes with the 1992 Irish Cup. The Mourneview men defeated Linfield 2-1 thanks to a winning goal from teenage midfielder Gerard McMahon.

The following Autumn, Glenavon nearly went onto create a major shock as they lost on penalties to Royal Antwerp of Belgium in the Cup Winners' Cup. Whilst Fraser's men didn't continue their unprecedented success in the cups during the following two seasons, they had their eyes set on the League championship. Glenavon came within one game of winning the 1993/1994 edition of the Gibson Cup, with defeat on a dramatic final day meaning they eventually finished third.

In Beck's 12th season as a first choice goalkeeper, it was manager Alan Fraser who paid for a poor start to the 1994/1995 season as he was replaced with Nigel Best in December 1994. Glenavon recovered their form to finish as runners-up in the Irish League, with Beck forced to share goalkeeping duties with Paul Stranney for the first time. After 526 appearances for Glenavon, Best called time on Beck's time at the club - by signing experienced Derry City stopper Dermot O'Neill and transfer-listing Robbie during the summer of 1995. It was to be an unceremonious ending to the career of a player widely regarded as one of Glenavon's greatest ever goalkeepers.

Frozen out at Mourneview Park, the high transfer fee slapped on 31-year-old Beck prevented any movement until October 1995, when his former boss Alan Fraser (now in charge at Ballymena United) negotiated a transfer for his trusted former goalkeeper to the First Division challengers for Â£3,000.