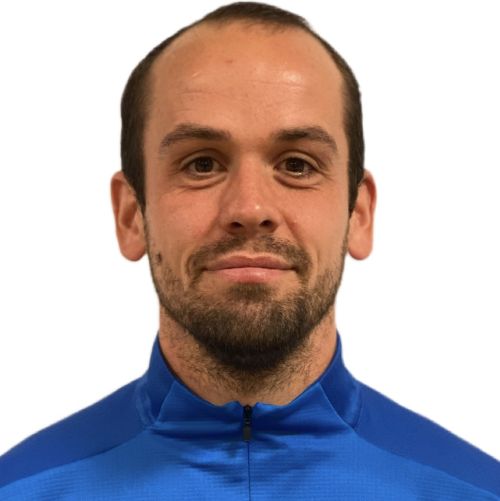 Full-back turned midfielder who became a dead ball specialist during at the Sky Blues and also picking up three winnersâ medals.

Ardoyne born, Tony, joined Blackburn Rovers in November 2004 as a 17-year-old with the Lancashire club still playing in the English Premier League under the stewardship of Mark Hughes and was part of the Roversâ Youth team that won that Academy Premier League in 2004/2005. Despite not having made a senior appearance for the Ewood Park club, he had already made his name synonymous with the international tug-of-war between the Irish FA in Northern Ireland and the FAI in the Republic of Ireland.

Kane had grown up progressing through the Under-17 and Under-19 squads of the Irish FA but subsequently switched allegiance to play for the Republic of Irelandâs Under-21 team in 2006, a trend which was causing great concern to the Irish FA and increasing the friction between the two associations. The full-back won five caps for the Republic of Ireland at Under-21 level in non-competitive games but was persuaded by Northern Ireland manager Nigel Worthington to re-join the association in September 2007 for the seniorâs Euro 2008 qualifiers against Latvia and Iceland.

Aside from the ongoing allegiance issue, Tony had made his senior debut away from Blackburn, whilst on loan at Stockport County during a short loan spell in November 2007. After a handful of games, he was on the move again this time to the continent â joining Belgian Pro League side Cercle Brugge in January 2007 until the end of the season, where he was voted man of the match following the 2-0 win against Zulte Waregem.

Despite knocking on the door of Hughesâ Blackburn first team having returned from his loan spells, he was exclusively resigned to the clubâs Reserve team for the 2007/2008. Then with Hughesâ departure to Manchester City, new manager Paul Ince spelled the end to Tonyâs time at the club, firstly being sent back on loan to the familiar surroundings of Stockport County (now in League One) on a short term deal in October 2008 and then subsequently to fellow third tier side Carlisle United in February 2009 for the rest of the season and the remainder of his contract.

In May 2009, having impressed at the Cumbrian side in their successful attempt to avoid relegation â manager Greg Abbott signed Kane on a two year deal to end his five year stint at Blackburn Rovers. The move proved disastrous for the Belfast born full-back as he managed only a handful of appearances and his role was consistently that of an unused substitute at Brunton Park, he was even sent to League Two strugglers Darlington on a short-term loan deal in September 2009.

Having become a forgotten figure at Carlisle, Tonyâs contract was mutually terminated in February 2011, as he returned home to Northern Ireland and signed for Cliftonville amidst interest from Portadown and Glentoran. A debut goal against Newry City followed in a 2-0 win for the Reds, but it was a tricky adjustment period for the player who had transferred from full-time to part-time and come the end of the domestic season, was not offered a new deal at Solitude following the expiration of his short term deal.

Ballymena United manager Roy Walker invited Kane to pre-season in the summer of 2011 and after impressing against Kilmarnock, he signed a one-year contract at the Showgrounds. The defender marked his debut against Lisburn Distillery in August 2011 with a red card (the first of a many during his Ballymena career!) and suffered an indifferent start to his time at Warden Street as Walker was replaced with Glenn Ferguson who began to get the best out of the rejuvenated Kane. In November 2012, he started and scored in the shootout of Ballymenaâs trophy famine ending victory over Linfield in the County Antrim Shield final.
Tony developed a specialty for spectacular goals and set pieces and following the signing of Jim Ervin in January 2014, Ferguson started to utilise the versatile full-back as a creative central midfielder as the Sky Blues progressed to the final of the Irish Cup. It proved to be a miserable day for both player and team as the Sky Blues were defeated 2-1 by Glenavon at Windsor Park and Kane was given a straight red card in the final minute of the game following a rash tackle on the Lurgan Bluesâ player manager Gary Hamilton, as frustrations boiled over.

Now a key figure in the United side and having signed a new two deal in November 2013, he cut a frustrated figure as the Sky Blues continued to struggle for consistency in the League and also were defeated in both the finals of the Charity Shield and League Cup in the 2014/2015 season (both against former club, Cliftonville). Kane and his team-mates finally put their cup disappointments to bed with another County Antrim Shield final victory against Linfield in January 2016, this time a thrilling 3-2 win at Windsor Park. That trophy wasnât enough to save his mentor Glenn Ferguson though, who was sacked after the clubâs struggling league form the following month.
In came the indomitable David Jeffrey in March 2017 and suddenly Tony Kaneâs United career stepped up to another level. Having been appointed the regular penalty taker, he broke a 70-year-old club record, becoming the first midfielder to score more than 20 goals in a single season. This was the same year that he celebrated a landmark 200th game for the Braidmen and also starred in the League Cup final victory over Carrick Rangers in February 2017, having just recovered from injury in time for his third winnersâ medal with the Sky Blues.