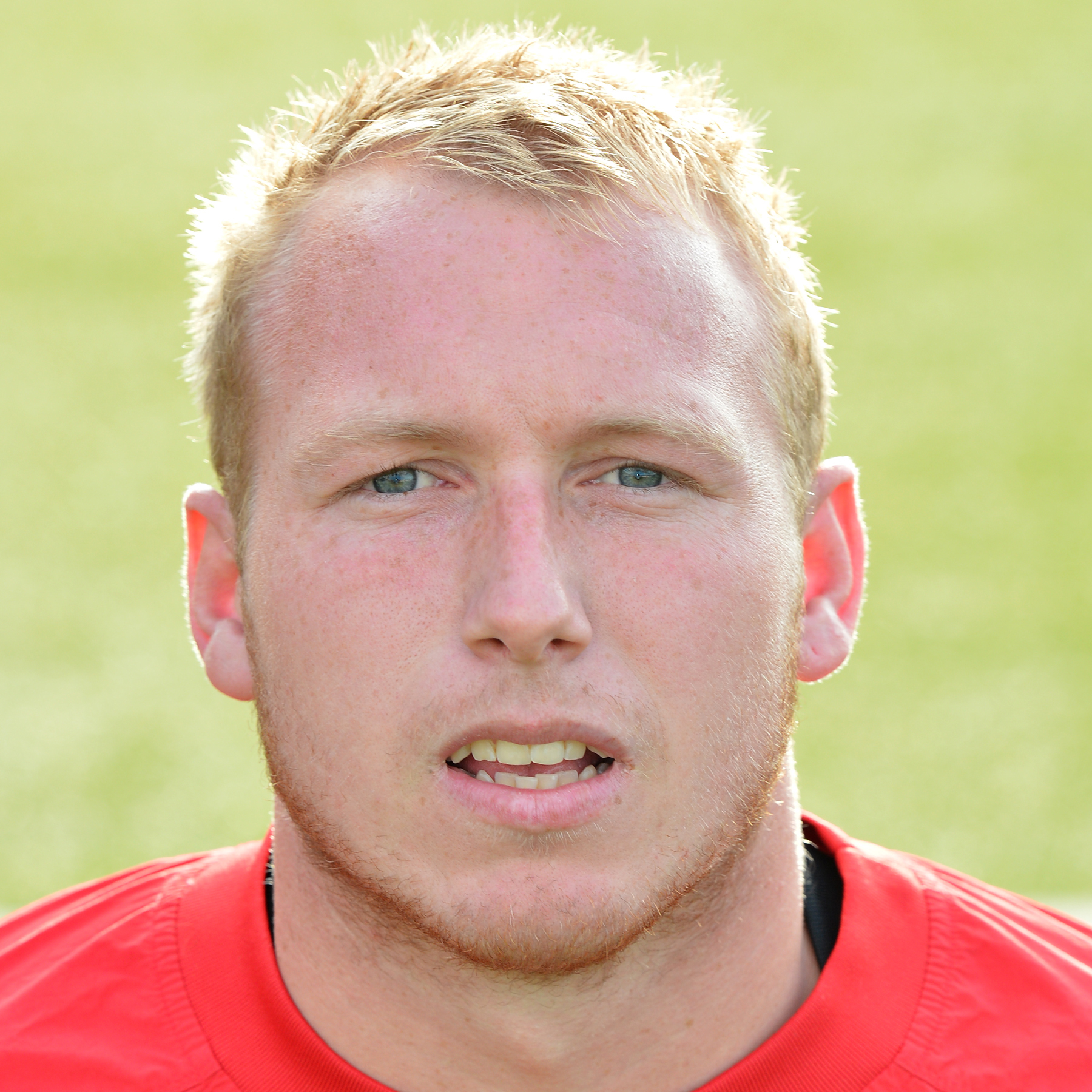 Northern Ireland Under-21 goalkeeper who had a short spell with the Sky Blues after returning home from the mainland in 2011.

Born and raised in Belfast's Shankhill Road within a staunch Linfield family, it was with cross city rivals Glentoran that Drummond made his bow as the East Belfast club's youngest ever player, coming off the bench for a County Antrim Shield game against Comber Rec in August 2007 aged just 15! It was reported later in an interview, that Wayne's family missed his teenage debut for the Glens as they were all at Windsor Park watching Linfield the same night.

Courted by Liverpool, Portsmouth, Blackburn Rovers, and Crystal Palace throughout the 2007/2008 season - Drummond signed a two year-deal with Millwall in June 2008. Despite being a regular at the London club's youth team and gaining under-age International honours from Under-16's to Under-19 level he was subsequently released by the club in May 2010 following promotion to the Championship. However performances for the Northern Ireland Under-19's prompted Wayne's boyhood favourites, Rangers to offer a one year deal at Ibrox in July 2010.

Despite a frustrating period with the Glasgow giants, in which the first team went onto win the Scottish Premiership title in 2011, Wayne was restricted to youth team football and only watching on from the bench as the 'Gers were defeated by Celtic in the Scottish Youth Cup final at Hampden Park. Despite the lack of progress at club level, the blonde goalkeeper continued to climb the international ladder, making his debut for the Under-21 squad in September 2010 against San Marino and also competing his fourth consecutive Milk Cup final for the Elite (Under-20) squad ' winning two (2008, 2009) and runner-up in the others (2010, 2011).

Following his release from Rangers, Wayne eventually returned home and sought refuge in rebuilding a senior career in the Irish League with Ballymena United in September 2011. Thrown into the cauldron of a 5-1 derby defeat to Coleraine on his debut, 19-year-old Wayne showed up well in a struggling Ballymena United side during the first half of the 2011/2012 campaign. The team's collective poor form ultimately led to the manager's resignation and the subsequent appointment of Glenn Ferguson in December 2011. Despite starting in Ferguson's first game in charge against Linfield, Wayne found himself out of the team after that point. In February 2012, Drummond was released by Ballymena United having made 20 appearances in all competitions that season, restricted by the transfer window ' he joined local Amateur League side East Belfast for the remainder of the season.

Crusaders manager Stephen Baxter seen an opportunity and pounced for the custodian in May 2012 to compete with first choice Sean O'Neill. Wayne travelled with the Crues for their Europa League tie in Norway against Rosenborg and also starred for the Crues in a glamour friendly at Ravenhill against Liverpool but struggled for competitive minutes in the first half of the season, as he was limited only to appearances in the minor cup competitions. Following an injury to O'Neill in January 2012, Baxter immediately went out and signed two new senior goalkeepers and overlooked the 21-year-old understudy. Disillusioned by his role at Seaview, he left to join Harland & Wolff Welders in the second tier for the remainder of the 2012/2013 season.

In May 2013, Coleraine manager Oran Kearney offered the belief in Drummond that had been lacking at the Crues, making him his number one goalkeeper for the following season at the Ballycastle Road. The new number one repaid the faith from Kearney with some excellent early season performances, but confidence and performances dipped towards Christmas and much like the situation a year previous ' the manager brought in a new goalkeeper (Eugene Ferry from Derry City).

Unable to justify two senior goalkeepers, Drummond was released by Coleraine and moved to Championship 1 side Loughgall in January 2014. The spell at Lakeview Park was his last within Irish League football at 22-year-olds, with the Belfast man drifting out of football and moving back to England for work. 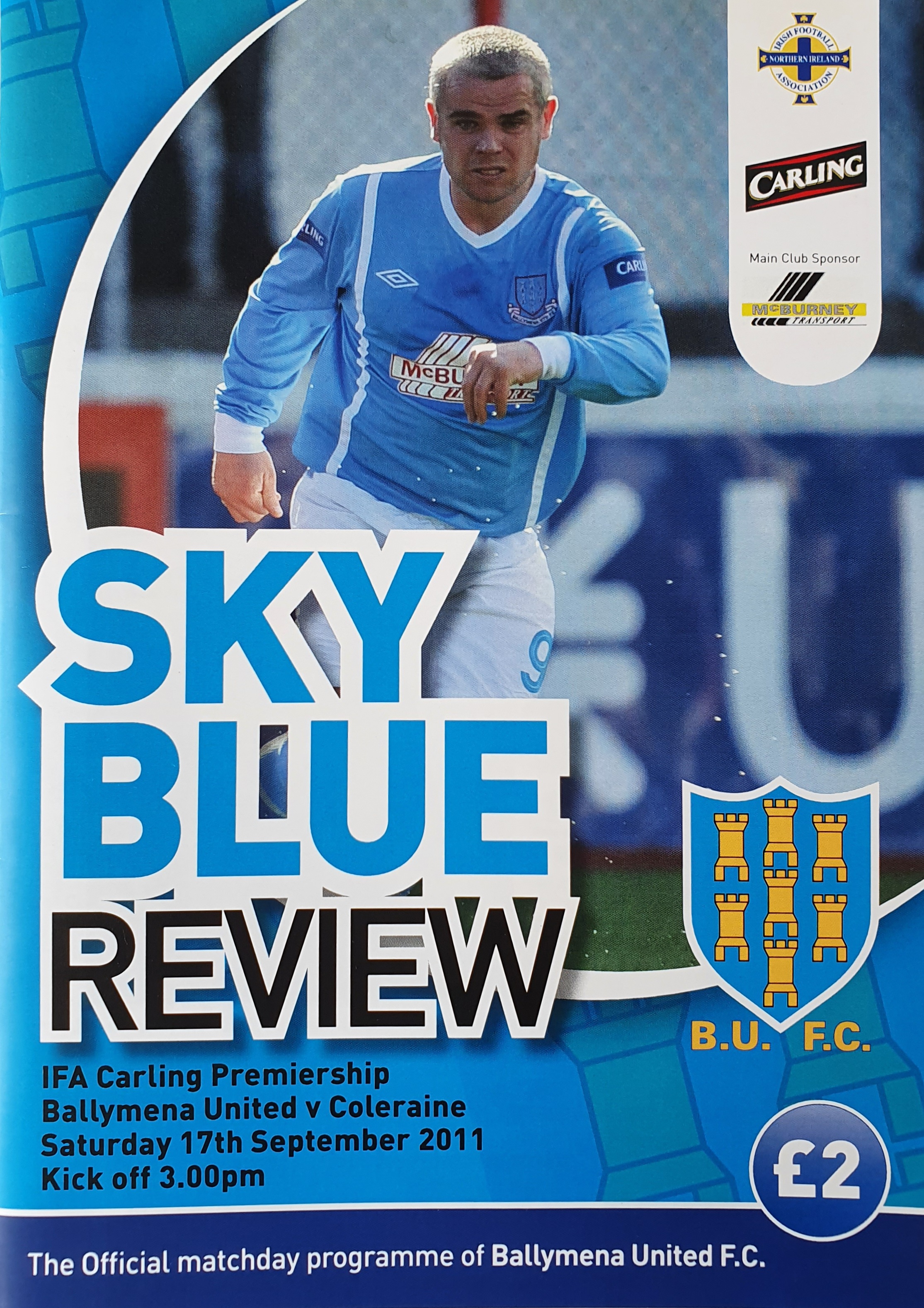 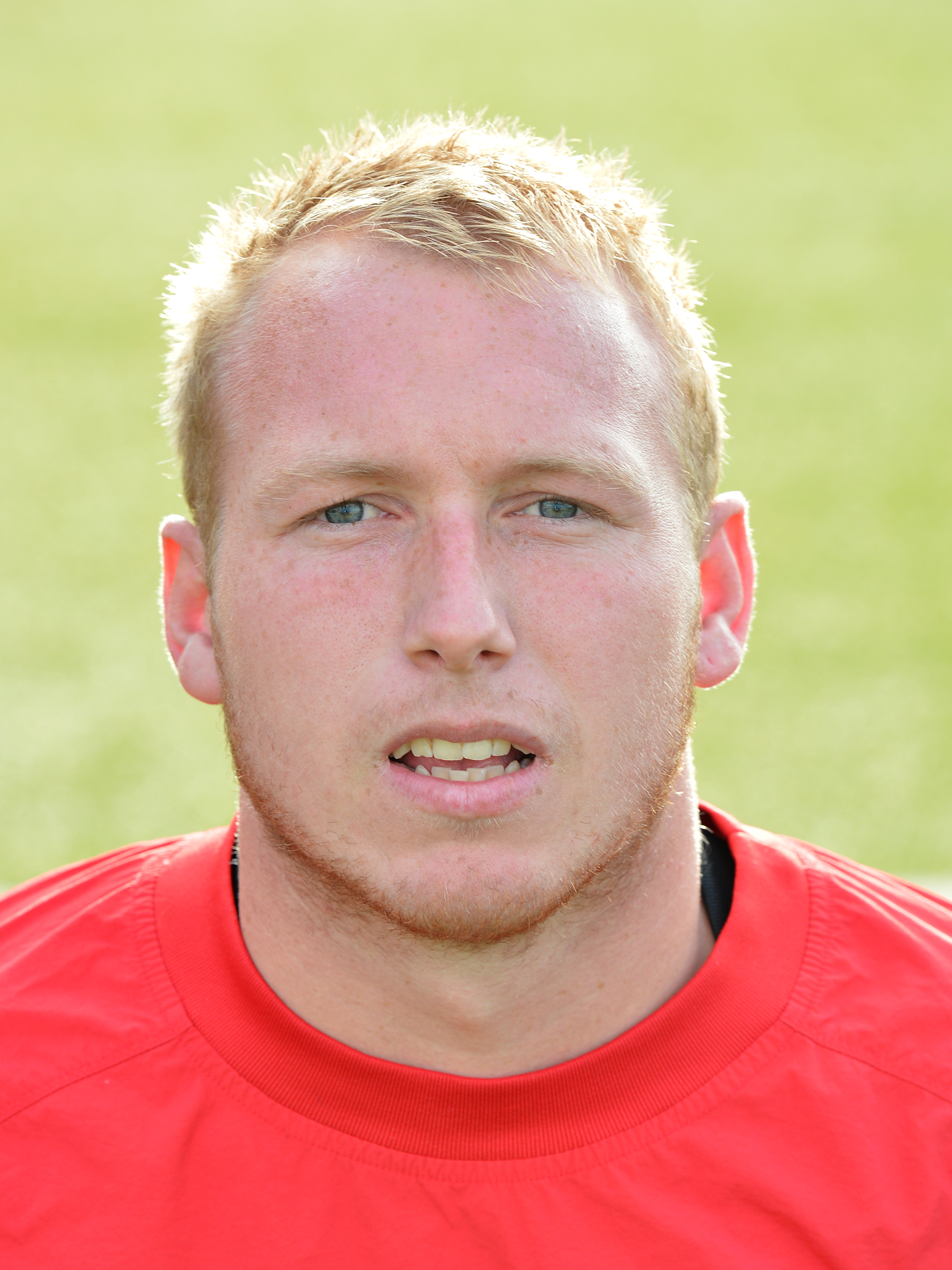 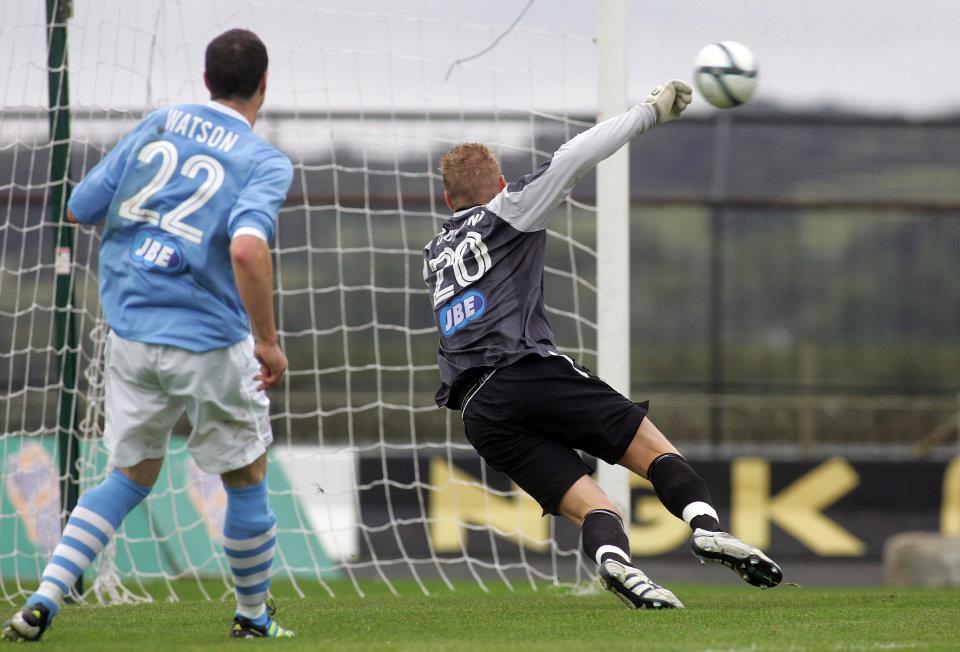 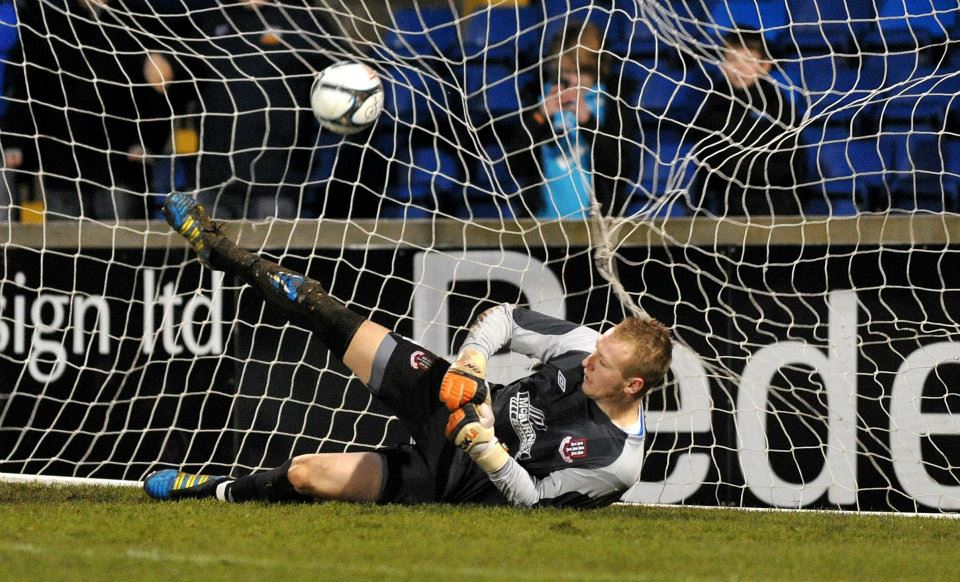 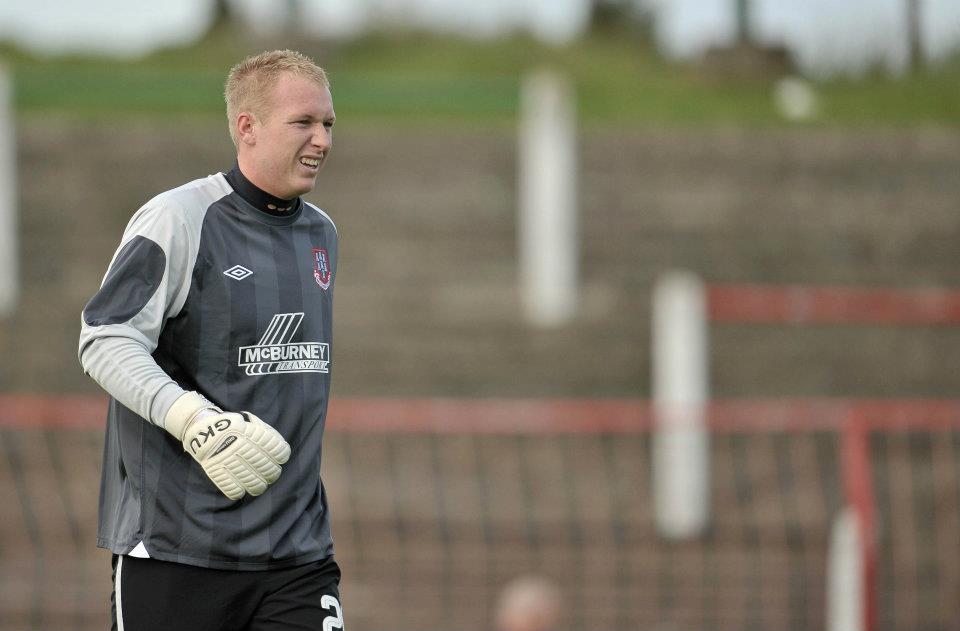 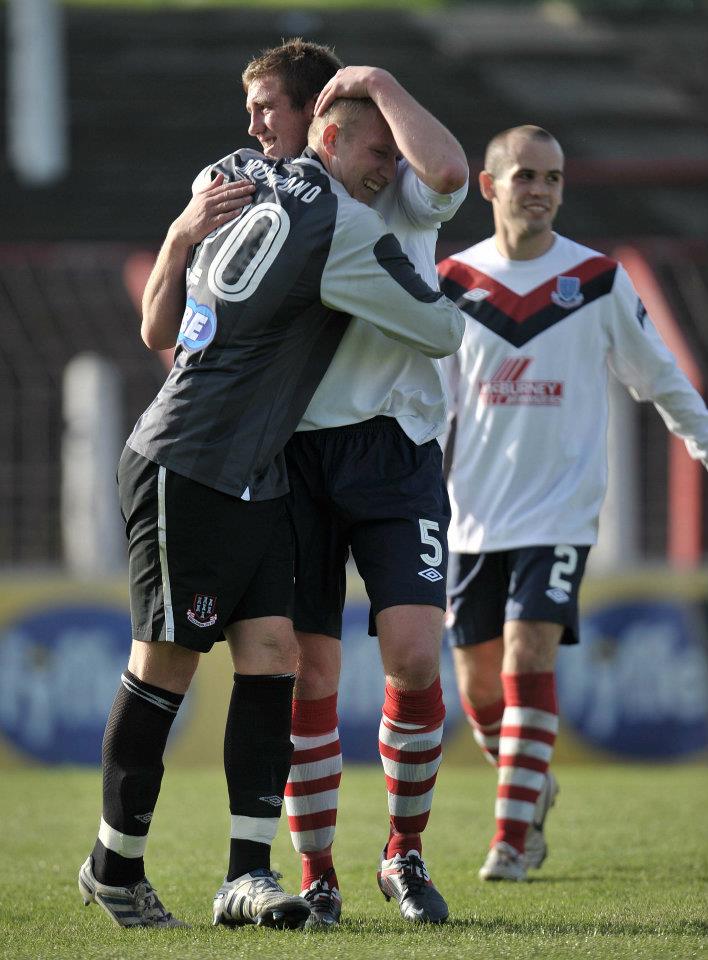