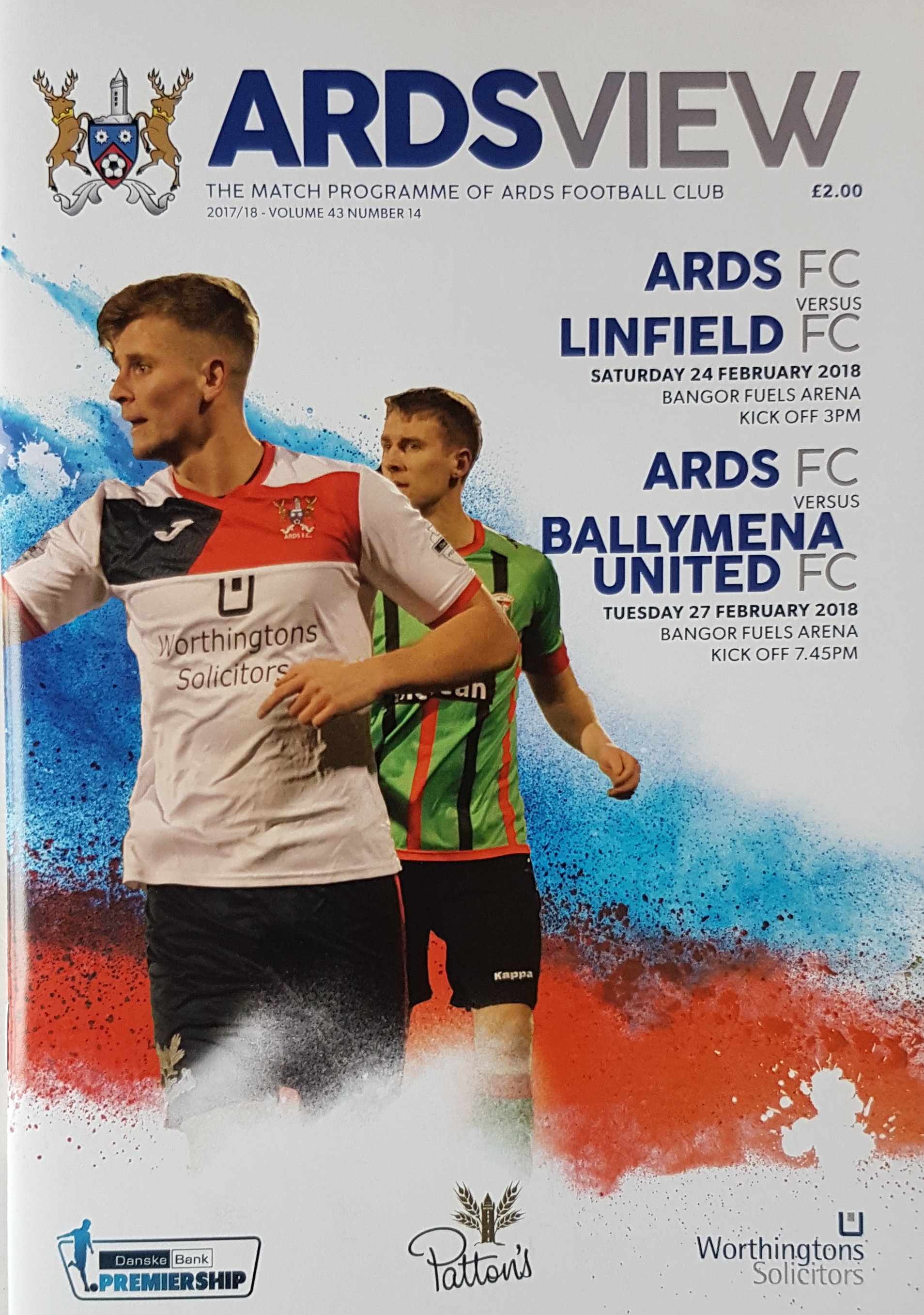 The opening exchanges were fairly even between both sides. The first chance of the game fell to Ards on 7 minutes. A long ball from Ross Clarke found Cameron Stewart, who managed to get the better of Kofi Balmer before crossing for Gareth Tommons who, with the goal gaping, put the ball over the bar.

The visitor's first chance fell to Cathair Friel. A ball from Conor McCloskey was knocked by the Ards defence into the path of Friel, but with just Sam Johnston to beat, the 'keeper came out on top. A fantastic passing move from half the United team almost ended in a goal. After a string of passes the ball eventually came to Friel, who went on a run himself before his looping shot came off the crossbar and bounced on the line before Johnston gathered. Ards were arguably seeing more of the ball but it was Ballymena creating more as Leroy Millar dragged a shot wide after being found from a long free kick.

Just after the half hour mark Ross Glendinning was called into action. A drilled shot on the edge of the box from Michael Ruddy deflected twice before Glendinning pushed it round the post. From the resulting corner Ards took the lead. Reece Glendinning was somehow allowed to make a clear run to the front post and unmarked he easily headed home past brother Ross for his second goal in a row against Ballymena.

Less than a minute after going in front Ards almost made it 2-0. Clarke had a go from distance after a nice run and his shot clipped the top of the crossbar before going over. The game seemed to have came alive from the goal and at the other end Kyle Owens had a header cleared off the line by Ruddy, who was on the near post to deny the centre back. Inside added time in the first half Millar and McCloskey played a neat one-two before the latter drove his effort just wide as the half ended 1-0.

Ballymena were forced into a change at half time as Matthew Shevlin, who hobbled off for the break, was replaced by Willie Faulkner. Just 4 minutes in Jim Ervin helped prevent Keke from doubling the hosts lead. The striker outmuscled Balmer to get a goal bound shot away, but Ervin was on hand to make the block. Just like in the first half, the resulting corner was met by Reece Glendinning, but he was denied by a world class, one handed save from his sibling in the United goal.

Ballymena's growing injury woes continued on 52 minutes when Balmer couldn't continue and he was replaced by Patrick Weir. Andrew Burns moved into centre half but was still able to find his new defensive partner from a cross, with Owens heading just over. Shortly after for the home side Keke delivered a good cross for Clarke, but his weak header was easily gathered.

With 20 minutes left Ballymena almost equalised in strange circumstances. An Ards clearance came off Faulkner, who knew little about it, and headed goal bound, but Ruddy was on hand to clear off the line again. On 72 minutes David Jeffrey handed a debut to Conor Quigley, who came on to replace Tony Kane. In the final 15 minutes it was the home side who looked most likely to score.

Stewart could've done better from a header near the penalty spot, heading well wide. The forward had another chance not long after, flicking the ball nicely past Owens to leave himself one on one with Glendinning, but the 'keeper made a good stop with his legs.

In a fairly flat final 10 minutes, Kyle Cherry could've made sure of the win late on, only to drill his shot straight at Glendinning. It wasn't to matter as Ards comfortably held out for a second straight 1-0 win over Ballymena as United's poor form continued, with the Sky Blues now without a win on the road since September.