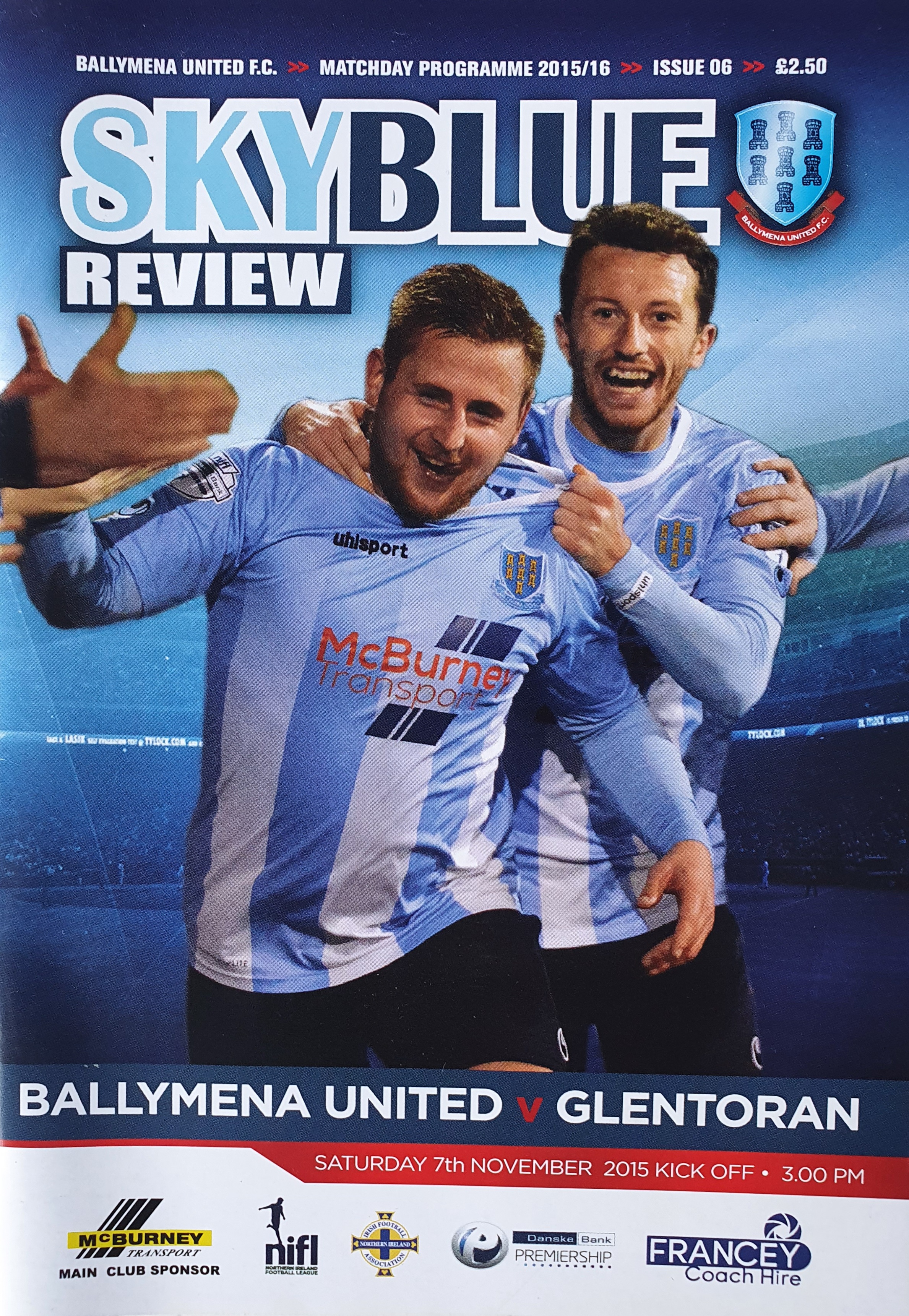 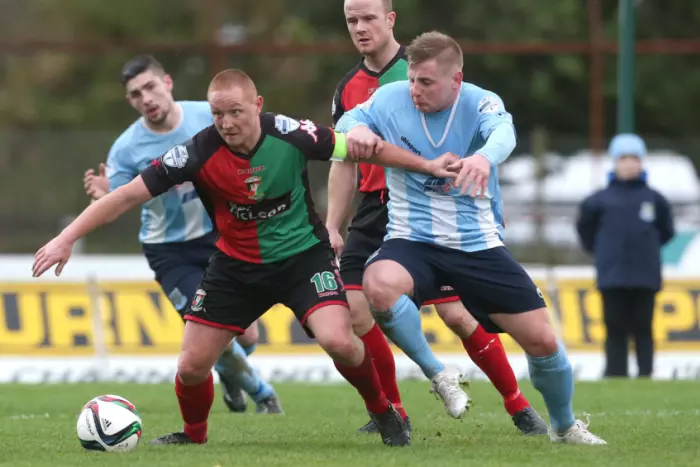 UNITED lost at home today, a single goal from Ciaran Caldwell enough to give the visitors all 3 points.

The first real chance of the game took 8 minutes to come about, Tony Kane crossing in and Kyle McVey catching the ball on the volley but he sent his shot just over the bar. Moments later Dwayne Nelson pulled out a great save to prevent Curtis Allen from scoring the opener for the Glens.

David Cushley, who has scored 5 goals in his last 4 games, twisted through a few players and curled a shot from outside the box towards the goal, only to see the ball hit the bar and go over for a goal kick.

Glentoran keeper Elliot Morris was called into action to dive low and push an Allan Jenkins shot out for a corner, from which Gareth Rodger rose highest to put the ball over the bar. At the other end Nelson had to slide out to block an effort from Allen.
Leroy Millar, making his first league start of the season, came close with just over half an hour gone but found his effort blocked. A shot from Rodger followed but it went over the bar, then Glentoran scored the opener through Ciaran Caldwell.

A few minutes into the second half Glentoran won a free kick just outside the box, but fortunately the wall was able to prevent the ball from reaching it's target. At the other end Tony Kane fired a free kick long up the pitch but McVey headed over.

Having came on as a sub, Matthew Shevlin got on the end of some good midfield play to break through, he shot early from a poor angle and it went well wide of the post. Cushley had a further chance with a long shot which bobbled in front of Morris, but the keeper managed to get to it before Shevlin did. Another shot from Cushley from just inside the box was pushed wide by Morris for a corner.

In the 69th minute Gavin Taggart rattled the bar with a shot from outside the box. Stephen McAlorum looked to have went straight through the back of Shevlin on 76 minutes but referee John Deighan awarded a free kick without cautioning the offending player.

Shevlin went on another twisting run and almost broke through on goal but some good defending by Glentoran kept him out. Minutes later Tony Kane delivered a fantastic ball to Shevlin but he managed to head it over from a few yards out.

In injury time Tony Kane played Shevlin through with a flick, but the young striker couldn't control his shot. A late corner provided one last chance for United to equalise and take a point from the game, but it was cleared with some last gasp defending from the visitors.