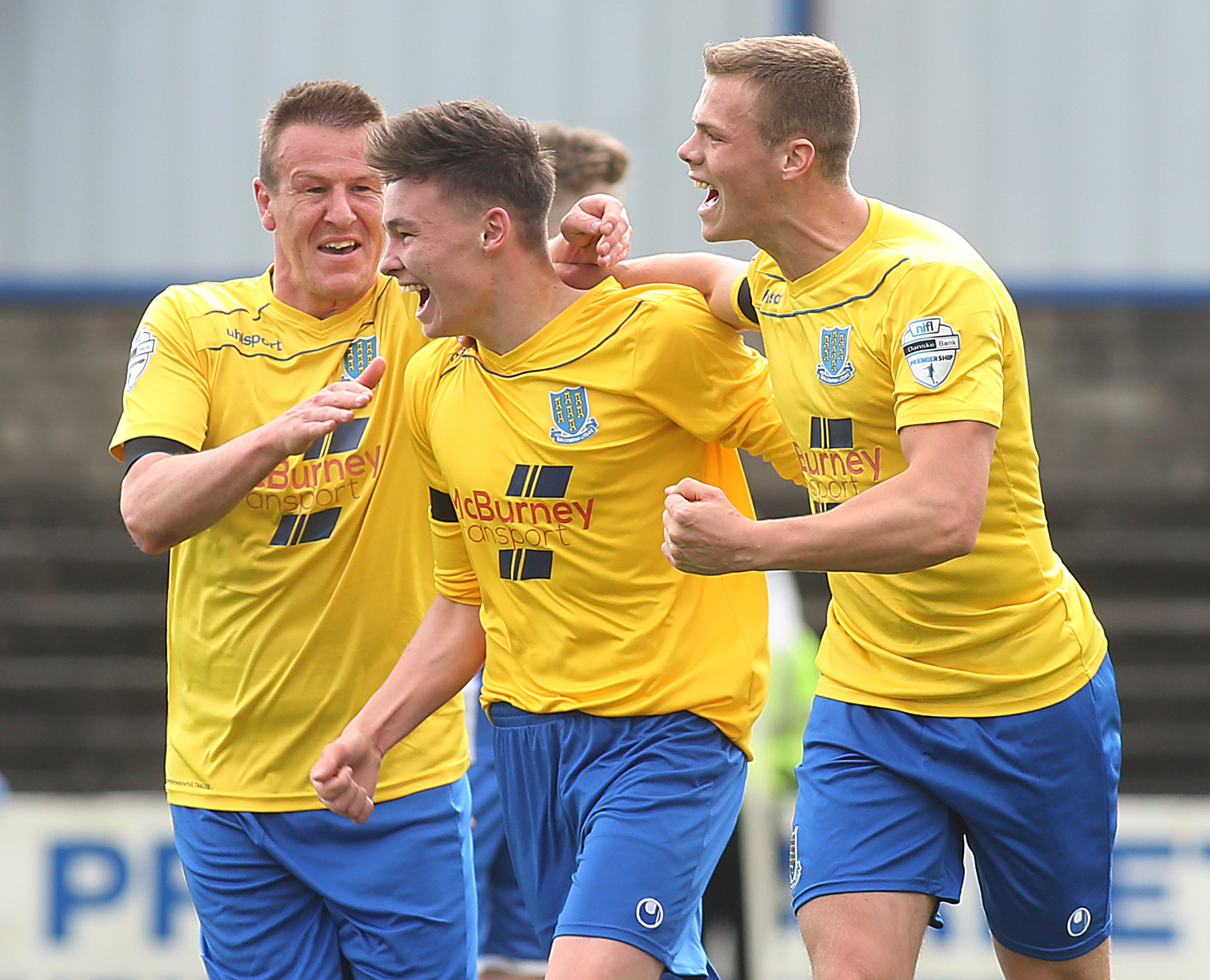 The Derby Day spoils were shared as Ballymena and Coleraine drew 1-1 at the Coleraine Showgrounds.

The first chance fell to the away side. Fra McCaffrey played a great ball over the top for Johnny McMurray, who controlled well before blasting over. Out of nothing, straight up the other end, Coleraine took the lead. A long ball played through the middle wasn't dealt with by the United defence and Jamie McGonigle latched onto it before slotting the ball under Ross Glendinning.

After going behind, Ballymena were the better side for most of the half and almost hit back instantly. A goal kick from Glendinning went all the way to McCaffrey, who's attempted curling shot just couldn't quite turn inside the post. The influential McCaffrey went close again on 18 minutes after some nice United build up play. Strike partners McMurray and Cathair Friel linked up well before the former back heeled the ball into the path of McCaffrey, who shot just wide.

The Sky Blues should've, but somehow didn't, equalise from a corner. Conor McCloskey's ball fell to Allan Jenkins just outside the 6 yard box, but somehow his shot was deflected wide. From the second corner, Ballymena drew level, courtesy of a dream debut goal for Kofi Balmer. The first ball wasn't cleared by the Bannsiders and it landed at the feet of the centre half who delivered a cool finish from 7 yards out.

There were very little chances from then until the end of the half. Despite Ballymena looking more threatening, it was Coleraine who had the best chance. A one two between Ian Parkhill and Eoin Bradley set Parkhill up with a shooting opportunity from a tight angle, but Glendinning easily gathered.

Coleraine started the second half the brighter of the two and called Glendinning into action early. Parkhill had a go from long range but the Sky Blue stopper got down early to save.

Ballymena's opening second half chance came when a mazy run from McCloskey ended with his cross/shot almost falling for Leroy Millar, but Steven Douglas arrived to clear. On 53 minutes McGonigle almost grabbed his second. The striker controlled a pass well with a neat touch, but again Glendinning made the save.

A potential turning point passed around the hour mark when Parkhill appeared to kick out at Balmer on the touchline, but the incident wasn't seen by any officials. Minutes later Balmer's debut was cut short as injury saw him replaced by Michael Kerr.

The best chance of the half came on 69 minutes when Friel did well to win the ball back near the by line, but his cut back into the box was skied over by McCloskey. Ballymena also welcomed back Willie Faulkner and Kevin Braniff from injuries and both came on late on. Braniff almost made an instant impact when his shot from outside the box moved in the windy conditions, causing Chris Johns to spill the ball onto the post, before clearing.

In the final ten minutes substitute James McLaughlin went close but fired wide of United's goal. With 2 minutes left a surprise change saw referee Raymond Crangle being replaced by the 4th official, bringing ironic cheers from both sets of supporters.

The last game of the regular league season finished 1-1 and sees Ballymena crucially leapfrog Cliftonville into 4th spot, meaning home advantage in the Europa League Play-Off Semi-Final on Monday 8th May. It also resulted in the Sky Blues securing their highest placed finish since 1981.