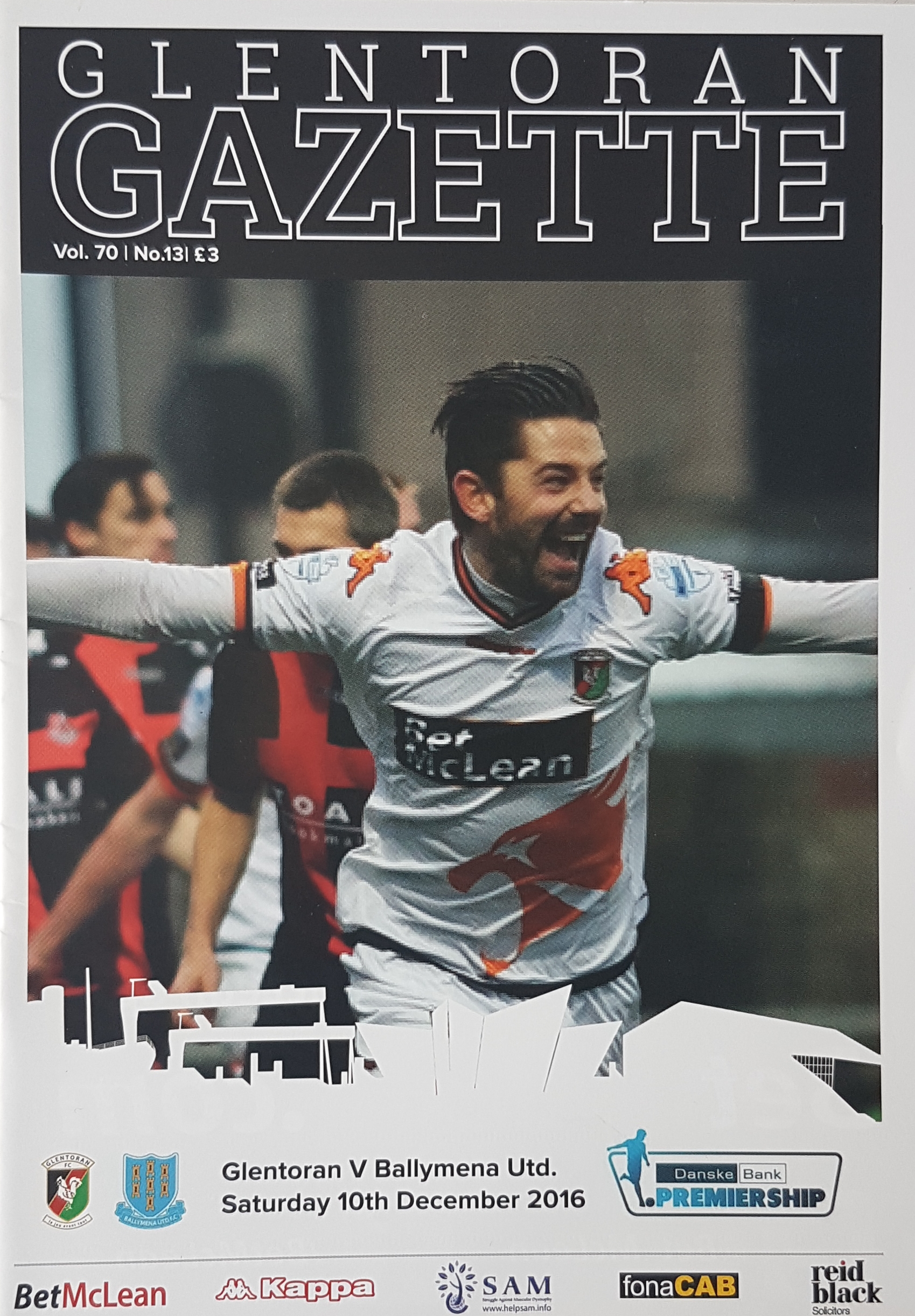 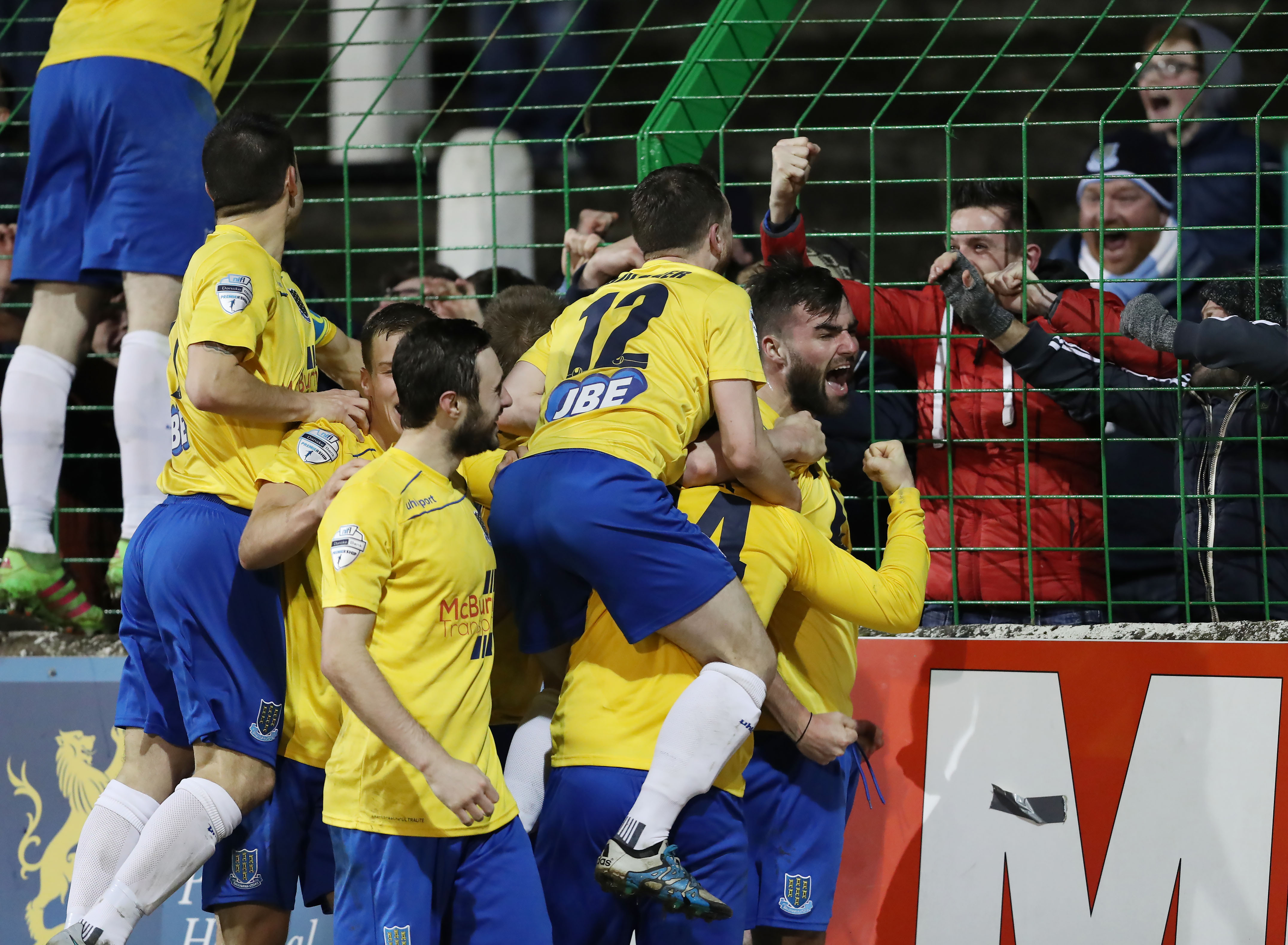 In a game of two halves, Ballymena started the game relatively brightly but it was Glentoran who took an early lead. In the 10 minute, in what was the home side's first real attack, Chris Lavery advanced down the left wing and his second attempt at a cross was turned into his own net by the unfortunate Adam McCracken.

The Sky Blues tried to hit back quickly and a neat move saw the ball fall to William Faulkner on the edge of the box, but he sliced his shot well wide. In the 25th minute, the home side doubled their lead with a fortunate goal. A ball into the box came to Glentoran captain Stephen McAlorum, who flung a foot at the ball in an attempt to put it into a dangerous area, but instead managed to lob Ross Glendinning and find the back of the net.

Within 5 minutes, United should've pulled a goal back. A free kick was flicked on by Kyle Owens into the path of Cathair Friel, but he somehow blasted over from six yards. Ballymena almost regretted the miss instantly when Ross Redman found Curtis Allen with space in the box, but the striker struggled to get any power behind the shot and Glendinning gathered. Towards the end of the half, a free kick from Anthony Kane only needed a touch to surely go in, but avoided everybody and Glentoran were eventually able to clear.

The second half belonged to the visitors, who pulled a goal back on 51 minutes. Friel picked the ball up on the halfway line and produced a nice run before playing a neat ball into Francis McCaffrey, who buried the ball into the bottom corner.

Ballymena continued to press, but couldn't produce goal scoring opportunities, and on 62 minutes Glentoran couldn't have got any closer to making United pay as McAlorum stuck the post with a low drilled effort from the edge of the box. The next best chance of the game also fell to the Glen's. A mazy run from Lavery set up Eric Foley, but his dipping effort went over.

The final ten minutes saw Ballymena intensify their pressure further. Substitute Johnny McMurray, returning from an injury layoff, had an effort cleared on the line by Redman. With 4 minutes left on the clock, Ballymena found a dramatic equaliser.

Leroy Millar sent a long ball to Faulkner who headed it into the six yard box. Allan Jenkins did well to pressure Elliott Morris and the ball fell to Tony Kane who lashed home for his first goal from open play this season.

But the game's drama wasn't finished there. On 90 minutes, Jonathan McMurray broke free and timed his strike to perfection as he beat Morris to the joy of the travelling support, giving Ballymena a memorable victory.