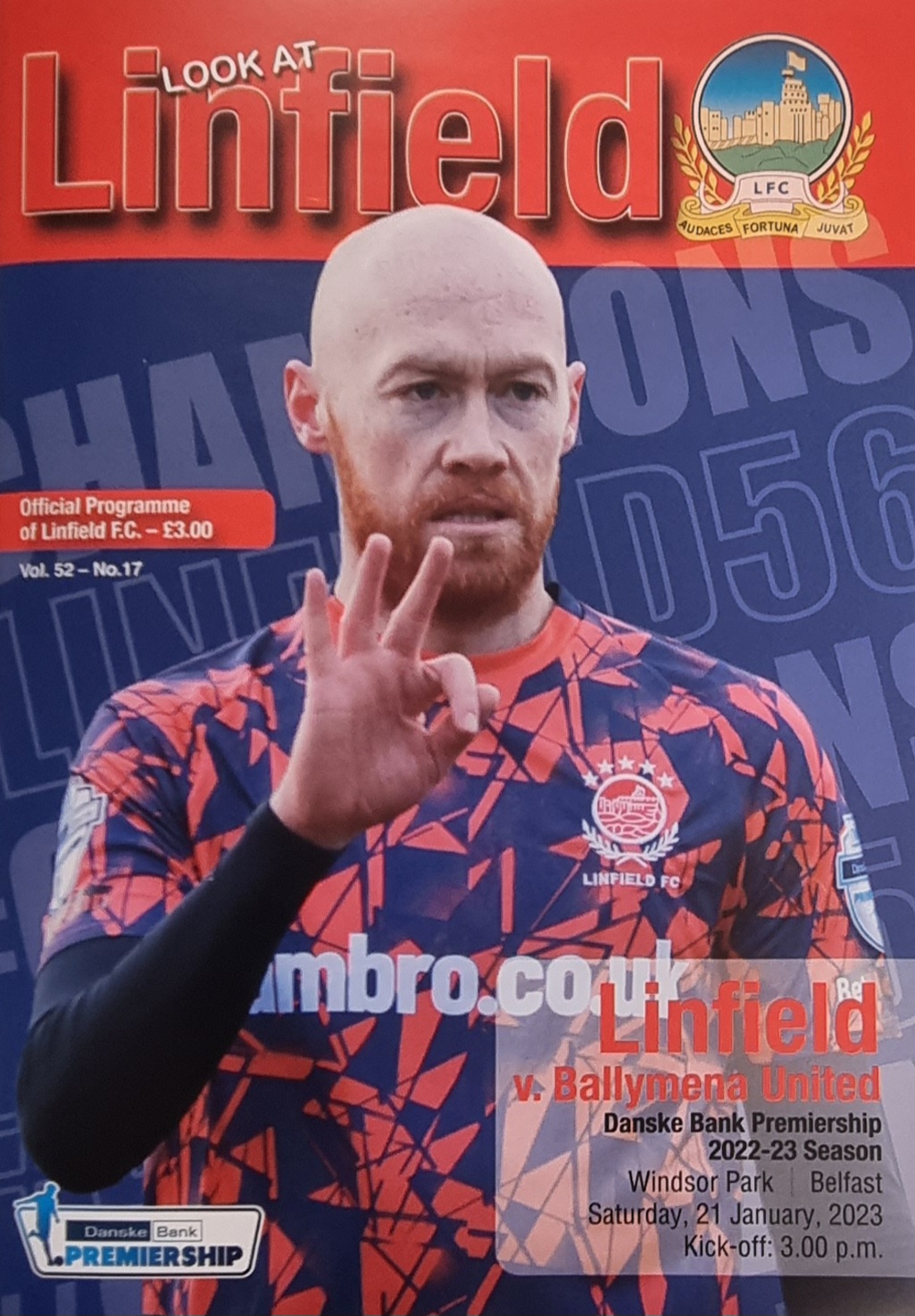 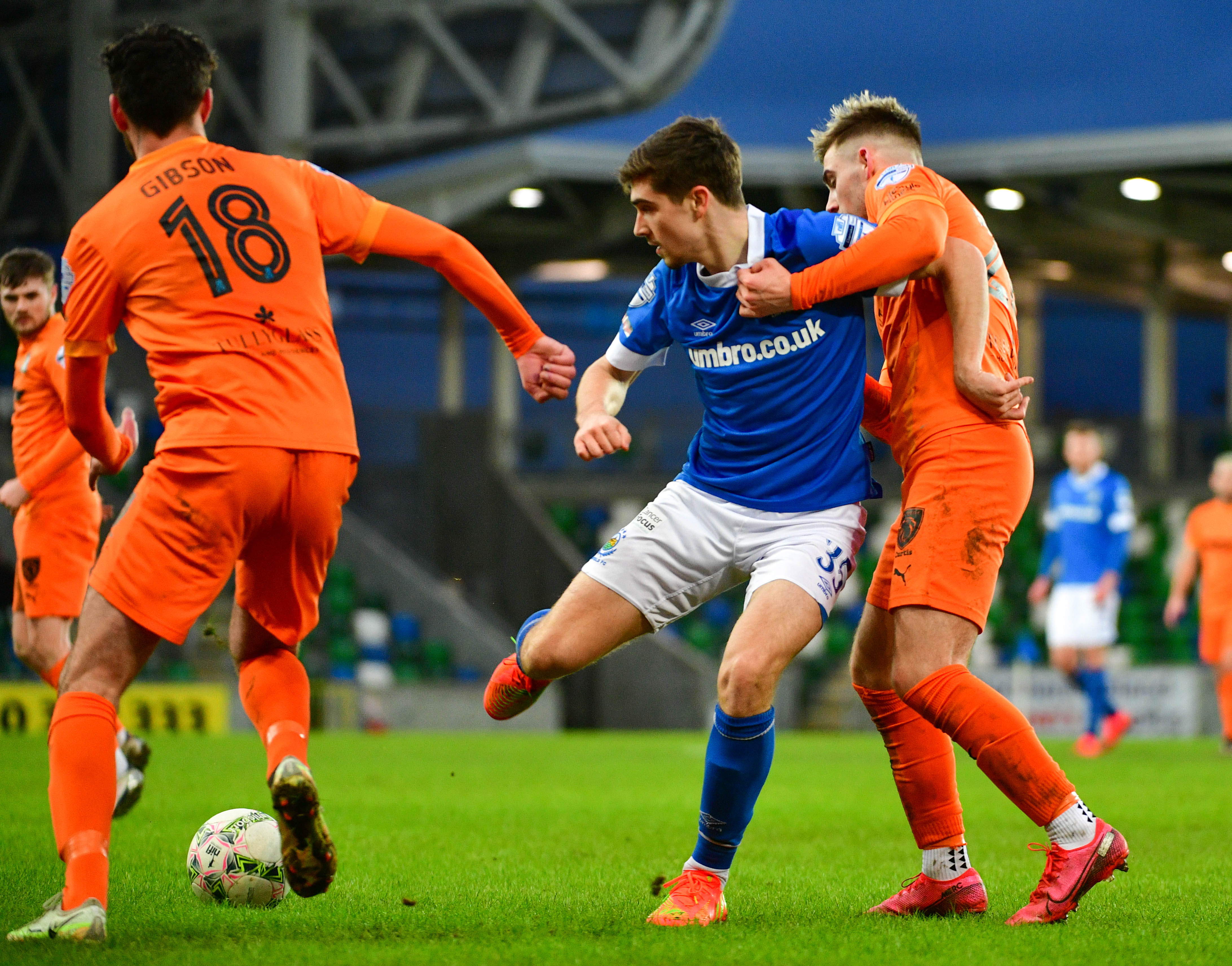 Ballymena United had a day to forget at The National Stadium as they were simply outplayed in 3-0 defeat to champions Linfield on Saturday afternoon.

After last week's 2-0 victory over Dungannon at the Showgrounds, David Jeffrey MBE left the starting XI unchanged for the trip to the capital, while Michael Place returned to the bench following suspension.

The first half took a minute or two to get going on a far from ideal playing surface at the National Stadium, but when Linfield eventually got going, they outclassed United is virtually every department for the opening forty-five.

Their first chance came on fifteen minutes when Max Haygarth's ball across goal was narrowly missed by Andrew Clarke, but just two minutes later it was 1-0. As the Blues attacked down the right, the visitors overloaded themselves, leaving Matthew Clarke free on the left, and his cross found Eetu Vertainen, whose turn and finish to the bottom corner left Sean O'Neill no chance.

Minutes after the opener, Linfield wanted a penalty when Haygarth took a tumble in the box under next to no contact, but rightly some overzealous protests were waved away.

After a period of real struggle, United finally worked their way into the game around the half hour mark, and buoyed on but a vocal away support, they almost levelled. Jordan Gibson's cross from the right was poorly dealt with by Daniel Finlayson and fell nicely for Steven McCullough just outside the six yard box, but on his weaker foot he produced a fine save out of Chris Johns low to his right.

Kym Nelson had a good shout at being United's best player on the day, and in the away side's brightest spell he headed a corner well wide, but on thirty-six minutes it was all too easy again as Linfield, and Vertainen, added a second. Another through ball split the Ballymena back line, and this time Clarke fired the ball across for Eetu Vertainen, who was adjudged to have stayed onside and tapped home into an empty net from a couple of yards.

Before the break it was almost three when Clarke had acres of space to pick out Chris McKee in the box, with his shot squirming it's way under O'Neill, but Sean Graham spared the shot shopper's blushes by clearing before Clarke could net the rebound, before McKee turned a Finlayson cross wide, as Linfield kept last week's league form up by easing through the opening half.

Joshua Kelly was forced off at the break, as Jack Henderson took the skipper's place, but if United had hoped to work their way back into the game early on in the second half, those hopes were dashed twenty-nine seconds in as Eetu Vertainen completed his hat-trick. Another ball along the ground caused problems, and eventually Finlayson's ball across the box somehow got all the way through to the Finn at the back post, who took a touch and fired past O'Neill for three.

After Linfield's rapid start to the half, the rest of it saw little goalmouth action for either side on a pitch that seemed to be somehow deteriorating further. When the Blues did get forward they continued to slice United open, and on the hour mark Matthew Clarke's cross was batted away by O'Neill, with McKee unable to get a connection on the follow up.

On sixty-four minutes five subs were introduced amongst the two teams, including a trio for the Braidmen as Robert McVarnock, Kenneth Kane and Michael Place all entered.

The final twenty saw Ballymena get their foot on the ball as Linfield took theirs off the gas, and there was almost a consolation goal when United did well to win the ball back high up the pitch, before Graham sent an effort inches wide. Shortly after, Nelson did well down the left to get a cross in for McDaid, but he slipped on the poor surface as he shot, firing wide as a result.

Late on, George Tipton was introduced to make his first appearance for United since September, as he replaced Graham, but by then the game was already long up. In the final ten minutes it should've been four as a free kick found Finlayson at the back post totally unmarked, but O'Neill added another stunning save to his growing collection this season as he somehow got his hand to the defender's header, but in the end it was a bad day in South Belfast for Ballymena, who simply just couldn't match the Champions for the majority of the game.