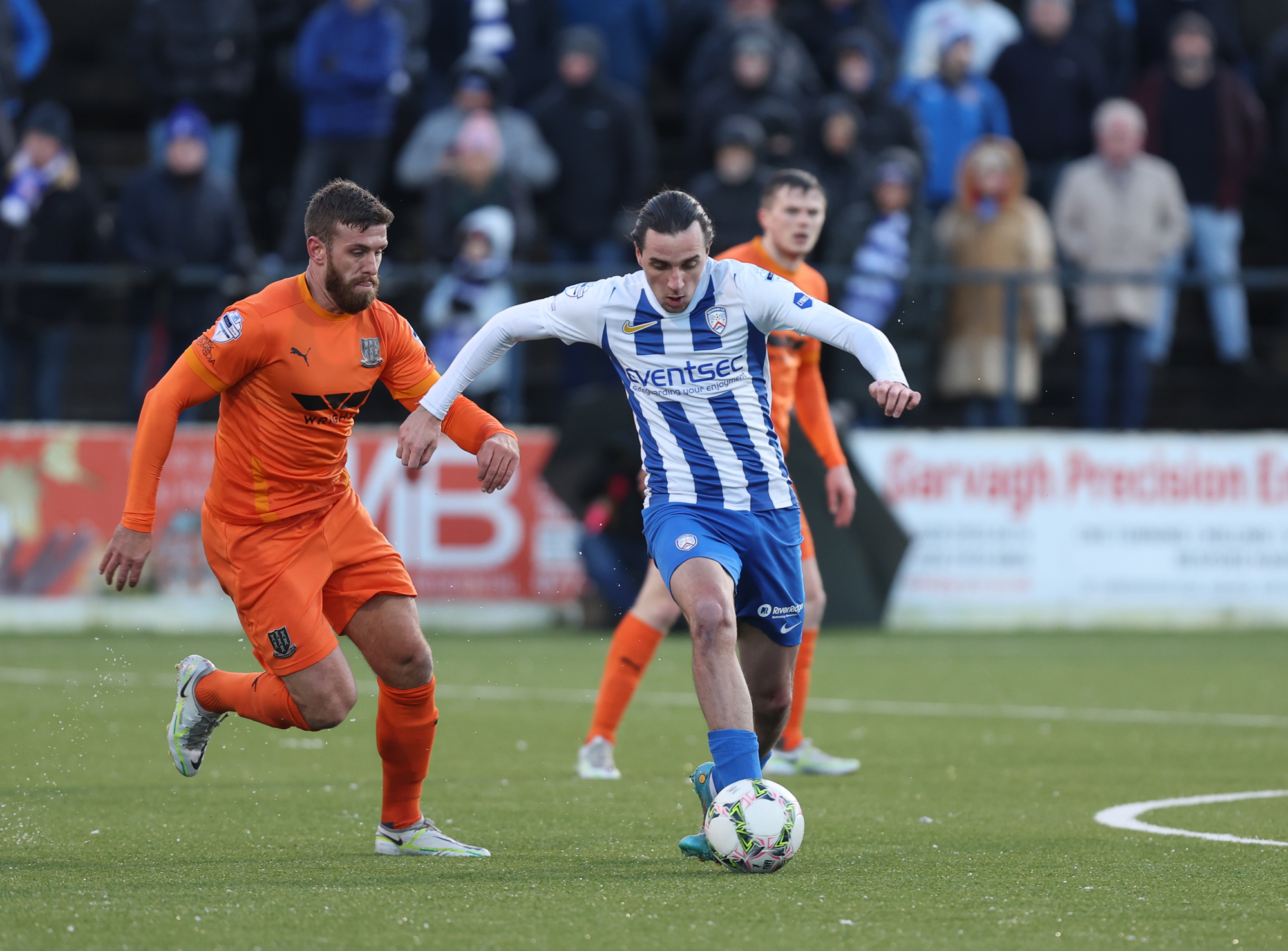 Ballymena United fell to a 2-0 defeat on Boxing Day as Matthew Shevlin scored a brace for the home side.

After Conor Keeley suffered an injury before the game, Sean Graham was promoted from the bench into the starting 11, with Caolan Loughran drafted into the subs. The opening 15 minutes was spent with both teams testing each other out and trying to take control of the game, Coleraine sending the ball into the box from a corner and Steven McCullough firing a free-kick directly at Gareth Deane.

It was the home side who would grab the upper hand when, on 23 minutes, Conor McKendry sent in a cross, Matthew Shevlin getting onto the end of it to fire the Bannsiders ahead.

With just under half an hour gone, McCullough was injured, leading to him being replace by Jack Henderson.
Five minutes later and Coleraine were 2-0 ahead, Glackin setting up Matthew Shevlin to send the ball home and double his tally for the day.

Stephen O'Donnell hit the crossbar just before the half-time break. Less than 10 minutes into the second half, the cards started coming, first Henderson was booked then Dean Jarvis seen yellow.

David Jeffrey MBE decided it was time to shake things up a bit, bringing on Ryan Waide and Jordan Gibson to replace Paul McElroy and Ross Redman. It wasn't long before United had a good chance, Deane stopping a David McDaid chance.

It was back to yellow cards for the visitors, Douglas Wilson, Michael Place, Kym Nelson and David McDaid all cautioned by referee Jamie Robinson.

O'Neill had to be alert in the 72nd minute to prevent a 3rd Coleraine goal and, in the final act of the game, Ryan Waide hit the crossbar from a tight angle but it wasn't to be for the Sky Blues.