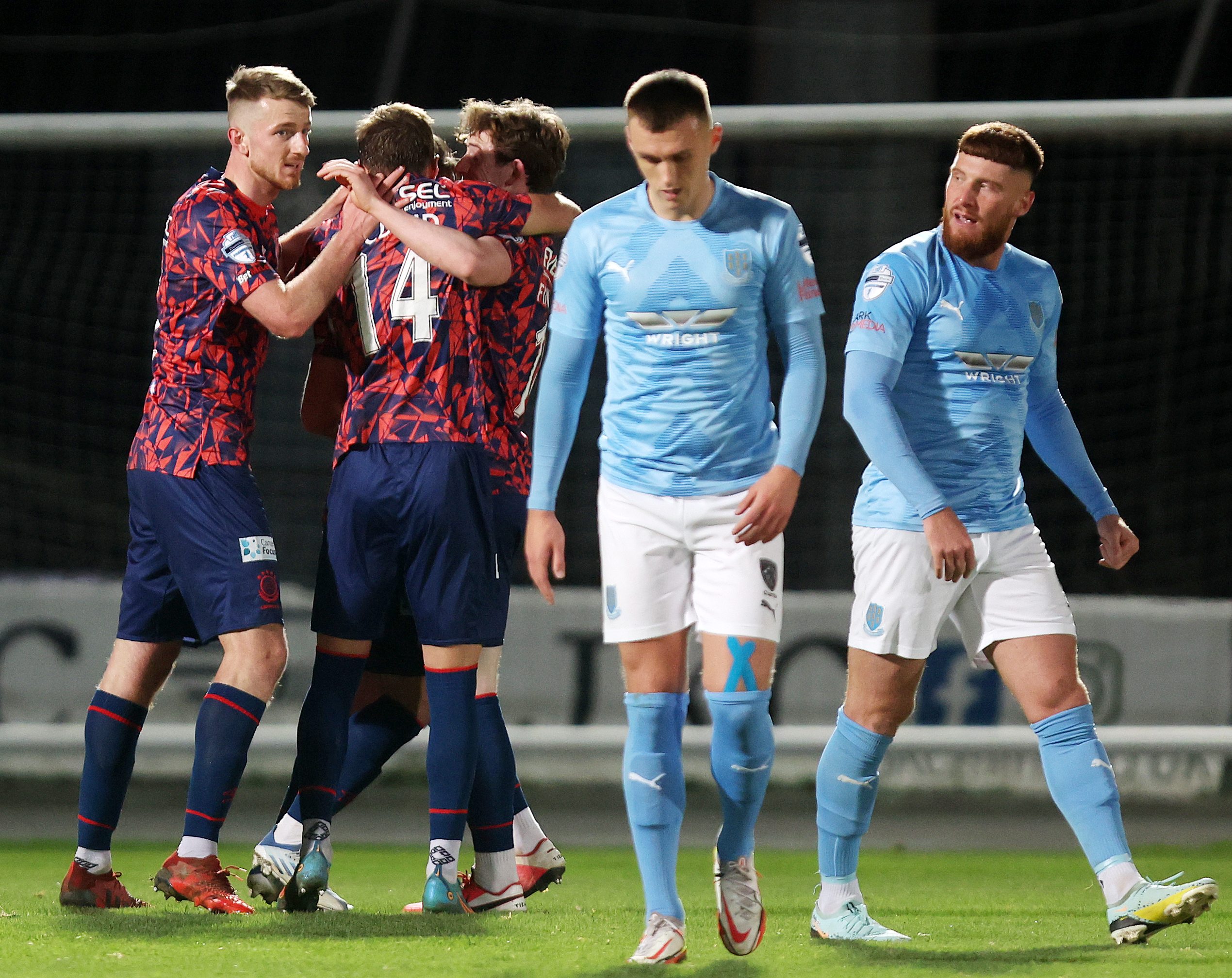 A goal in each half was enough to see Ballymena United fall to a 2-0 defeat to Champions Linfield at The Showgrounds on Friday evening.

After United's fine performance and result in front of the Sky cameras on Monday night at Seaview, David Jeffrey unsurprisingly opted for an unchanged side for the visit of Linfield, with Ballymena hoping to improve on the 4-0 defeat they received when the sides met earlier on this season.

The first half was one of very few chances and not many flashes of brilliance, but remained even throughout, with the hosts probably starting the better. The first chance of the game came on five minutes when a corner fell to Douglas Wilson, but the defender's header was easily held by Chris Johns.

By far the best chance of the encounter so far came the Sky Blues' way twenty-two minutes in when a long ball towards Ryan Waide was cleared only as far as David McDaid, and he brought the ball through space to the edge of the box, before placing a shot agonisingly wide of the post.

The away side had barely threatened Sean O'Neill's goal until a cross dropped for Cammy Palmer, who's shot took a deflection as it flew over, but from the resulting corner the Blues broke the deadlock. Ballymena were unable to completely clear their lines off the corner, and after a string of headers back and forward, Chris McKee found space to instinctively smash home a volley from close range.

Towards the end of the half Robbie McDaid headed wide at the near post from another corner, as Linfield took a slender lead from a tightly contested half in which both teams looked solid at the back, but lacking up top.

The Braidmen started the second half well and inside four minutes Waide pounced on a Linfield error at the back to win the ball back, but with pressure coming from behind Waide chose to shot early from distance, only to fire straight at Johns.

Just a couple of minutes after that Waide chance Linfield opened up a two-goal lead, with United again done from a corner. Kirk Millar's delivery dropped on the six-yard line, and there to meet it was the boot of Jimmy Callacher, who guided the ball home.

In the twenty minutes that followed Callacher's strike, again neither side could really find the quality to test either 'keeper, but United were dealt a further blow as they lost Evan Tweed to injury, as he was replaced by Jack Henderson.

After McKee let a decent chance go by firing over with a first time shot, Ballymena almost got themselves back into the game from a corner of their own, but from close range at the back post, Keeley headed over.

As the game rather petered out towards and into the final ten minutes, with Ballymena just not able to do enough to worry Linfield, the visitors had the chance to add some gloss to the win from the penalty spot. An all too easy move saw Jamie Mulgrew slid through on goal, and as he went to round O'Neill he was brought down by the 'keeper, who picked up a yellow. However, from the spot kick, Chris Shields incredibly saw his strike hit both posts, before United cleared their lines, but a 3-0 scoreline would've flattered Linfield in truth.

2-0 was how it finished, with Ballymena competing and making it difficult for an off-colour Linfield to create, but they couldn't create much themselves, with two corners unfortunately their undoing.