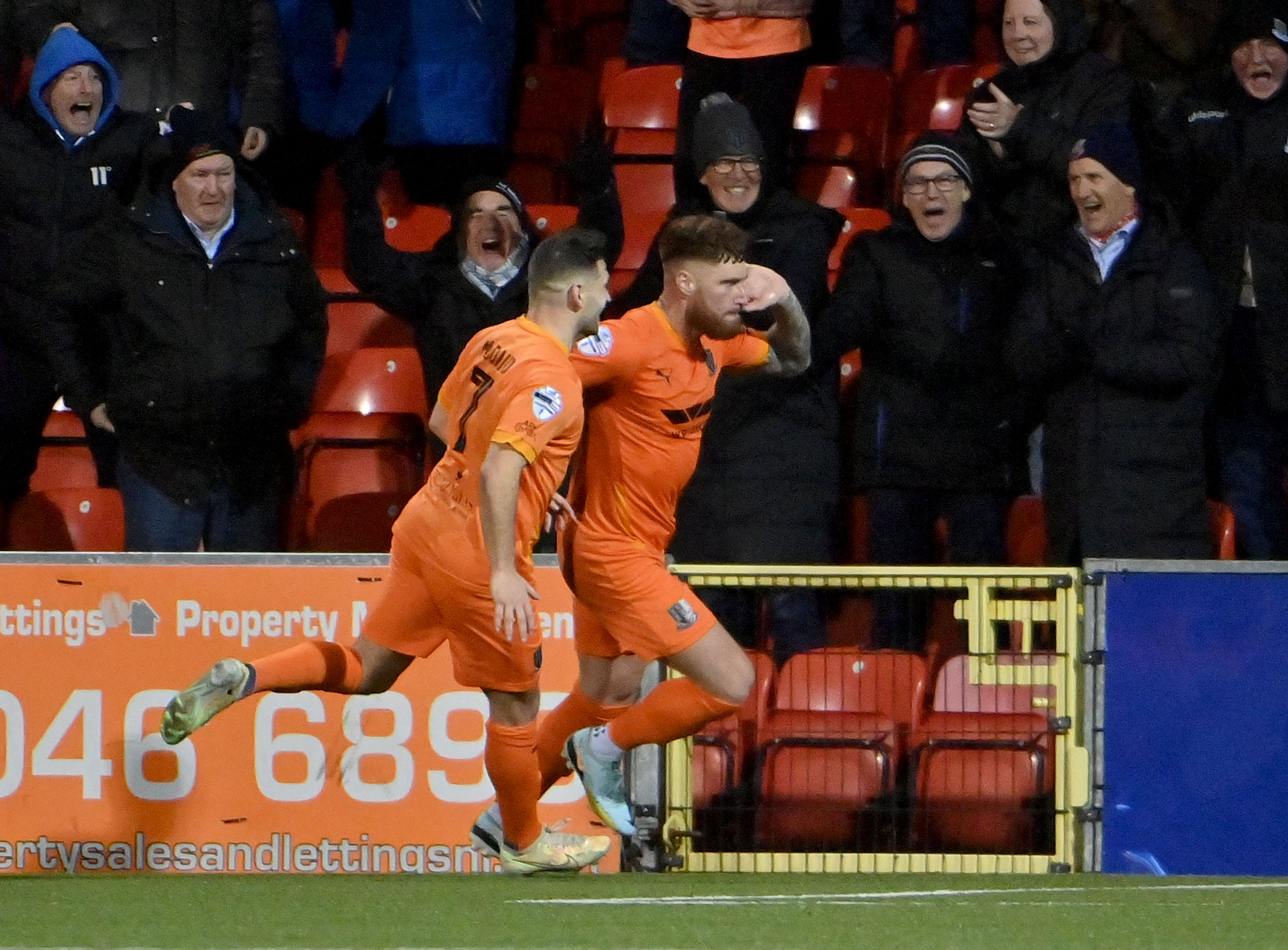 A stunning late strike from Kym Nelson gave an impressive Ballymena United a huge 1-0 win over Crusaders in the Sky Sports Monday Night Football at Seaview.

There were four United changes from the midweek loss to Newry last Tuesday, including returns from injury for Evan Tweed and Douglas Wilson, who made his first league start in eleven months. Ryan Waide and captain Joshua Kelly also came into the starting XI, with Jordan Gibson, Kenneth Kane, Steven McCullough and Jack Henderson dropping out.

Ballymena started brightly and had the better of the chances in a good opening twenty minutes. After Waide just couldn't control the ball well enough inside the box to get a shot away, a big chance came and went when Ross Redman's cross dropped for David McDaid, but in a decent position to stabbed a shot wide inside the box.

As United continued to probe on Johnny Tuffey's goal, the skipper Kelly saw the ball present itself to him on the edge of the box following a free kick, but he saw his low strike drift just wide of the right post.

The away side had strung together a few nice moves and on twenty-four minutes their best yet probably should've broken the deadlock. A great flick by Waide sent Michael Place free down the right and his ball across the face of goal was met by Kym Nelson, but he blazed well over from close range.

After their strong opening half hour, the Braidmen retreated just slightly towards the end of the half, allowing the Crues their first spell of real control. A tidy one two between Adam Lecky and Ross Clarke saw the latter's strike deflect just wide off Conor Keeley. Not long after Sean O'Neill was called into action for the first time when a long ball from Tuffey set McCauley Snelgrove through on goal, but O'Neill was on hand to keep the youngster out, as United kept the leagues top scorers at home at bay in a good forty-five.

Much like in the opening half, it was the Sky Blues who got out of the gate quicker at the start of the second, and inside four minutes there was a spot of controversy as Daniel Larmour appeared to handle the ball to prevent a hugely impressive McDaid from getting in on goal, but it wasn't spotted by any of the officials.

After a good spell failed to be converted into chances for David Jeffrey's men, the home side picked it up around the hour mark as United's back line started to come under pressure, but it was dealt with almost faultlessly. On the stroke of that hour mark, Lecky couldn't have come closer to grabbing the game's opening goal when he met Jordan Forsythe's cross to the back post, only to see his header crash off the bar, before Philip Lowry skewed the rebound wide.

Seconds after Place had spotted Tuffey off his line and had a go from just inside the Crusaders half, firing well wide, the right wing back had defensive work to do, but after Clarke got the better of him, his strike was dragged wide in a good position.

After a bit of a lull in the game ahead of the final ten minutes, and both teams still so evenly matched, it was Nelson who became the hero with a goal worthy of winning any game on eighty minutes. Redman's cross from the left was cleared out only as far as Nelson, and from just over twenty yards out, Kym Nelson's first-time half volley was destined for the bottom corner as it flew past Tuffey in front of the travelling support.

With Crusaders chasing top spot and unbeaten at home this season, the visitors would've expected a difficult ending, but again stood strong at the back.
The Crues hadn't many chances, but one golden opportunity fell four minutes from time. A slip from Redman allowed Billy Joe Burns the chance to fire a ball into a crowded box, and after some pin ball it landed at the feet of Jarlath O'Rourke, but he smashed over at close range.

A couple of late punts into the box were dealt with by Ballymena in added time, as the Sky Blues recorded a well-deserved victory, thanks to a string of impressive performances across the pitch.