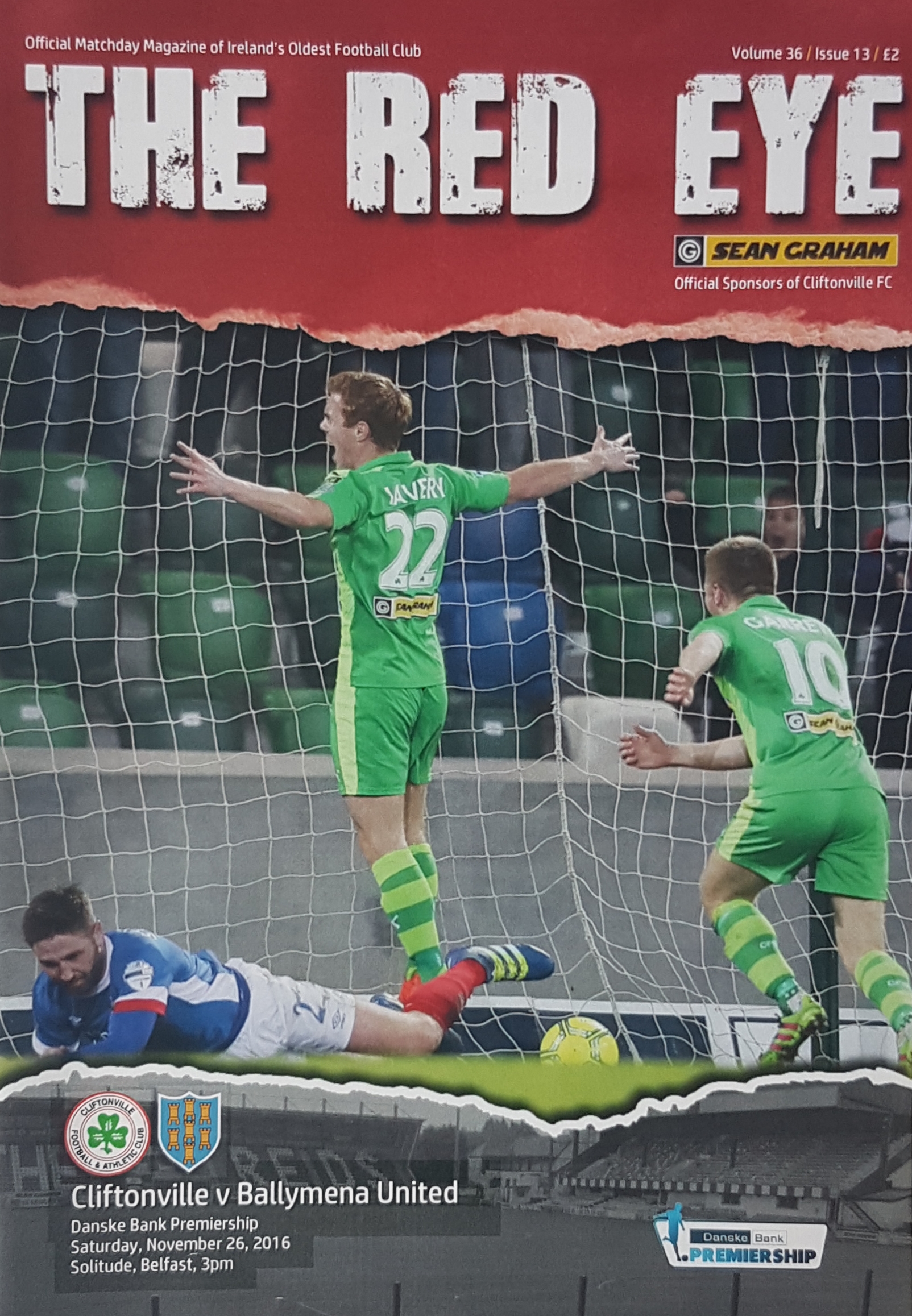 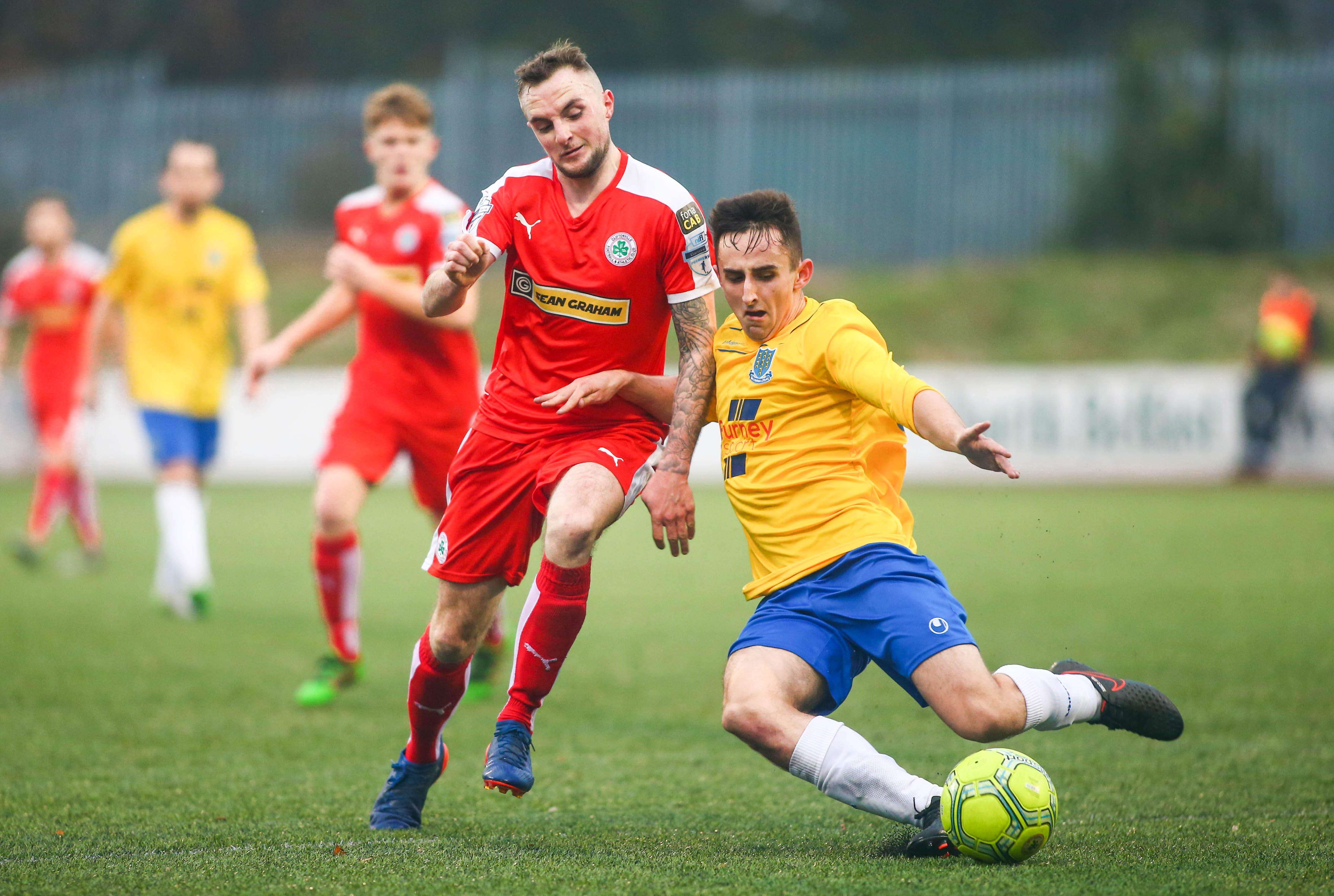 BALLYMENA United were beaten for the second week in a row, losing 2-0 to Cliftonville at Solitude.

The game's first real chance came on 10 minutes for Cliftonville when Davy McDaid headed just wide from a Ives cross. Inside the next 10 minutes, United had two opportunities. The first saw the ball fall kindly to Tony Kane on the edge of the box, but he couldn't keep his effort under the bar. Then, from a similar position, Conor McCloskey had a chance with a well hit volley, but it was blocked behind for a corner.

Cliftonville took the lead on 24 minutes courtesy of a controversial penalty. Kyle Owens was judged to have handled the ball inside the box, although a corner was initially given. After a lengthy delay, the officials changed their minds and awarded a penalty, which was dispatched down the middle by James Knowles.
Before the break, Ballymena pushed for an equaliser, with McCloskey and Owens going close. On 29 minutes McCloskey flashed a shot just wide of Peter Burke's goal. Unfortunately for McCloskey, he suffered an injury and was replaced by Fra McCaffrey in the 41st minute.


Right at the end of the half Leroy Millar had a free kick blocked and the rebound fell to Owens, but his shot was blocked, on the line.

Ballymena came out brightly at the start of the second half, as Cathair Friel went close just 4 minutes in. A beautiful ball from the back by Caolan Loughran presented Friel with the chance, but Burke was on hand to tip the shot round the post.

However on 54 minutes, Cliftonville doubled their advantage. Poor United defending allowed McDaid to be played in completely unmarked, and the striker squared the ball across goal for Jude Winchester to put home for Cliftonville's second. 10 minutes later Winchester was presented with another chance, but this time his effort went just wide.

As Ballymena probed for a way back into the game, a dangerous Tony Kane free kick past by everyone in the box, with only the slightest of touches need to get a goal back.

The game continued to flow with a period of end to end action. A wonderful Owens blocked stopped McDaid making it three on 70 minutes, and at the other end, Willie Faulkner was denied by the post. Two minutes later substitute Fra McCaffrey went close with an attempted lob of Burke, but the goalkeeper was able to get his fingertips to it. On 77 minutes, Cliftonville goalkeeper Burke went down injured and Allan Jenkins could've taken advantage, but instead showed great sportsmanship in trying to kick the ball out of play, only for Cliftonville to play on, causing heated discussions that saw Loughran go down holding his face.

From there on, the Sky Blues tried to find a goal but couldn't manage a breakthrough, with McCaffrey and Leroy Millar shooting wide, whilst Ross Glendinning was called into action to stop Ross Lavery at the other end, as the game finished 2-0.