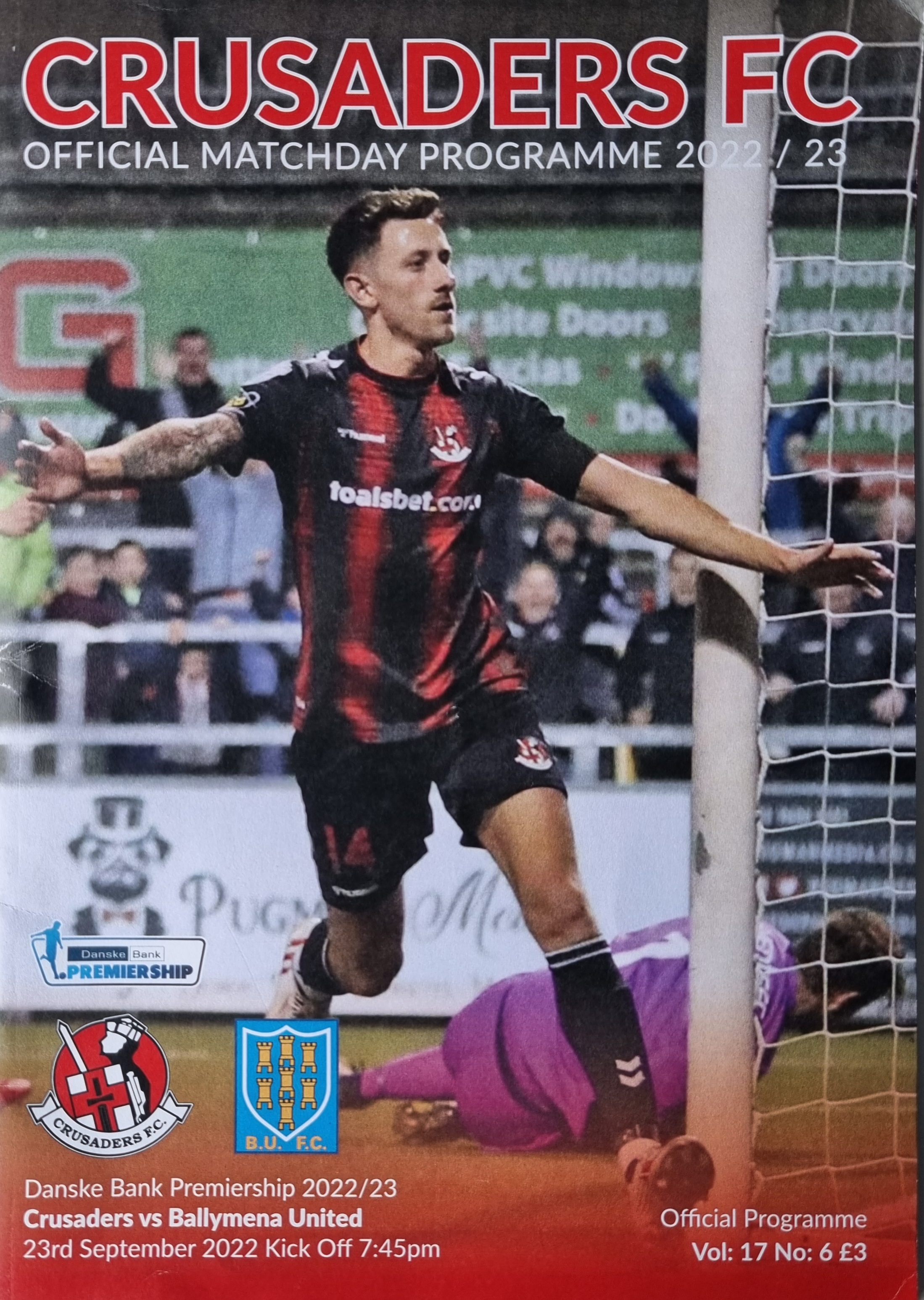 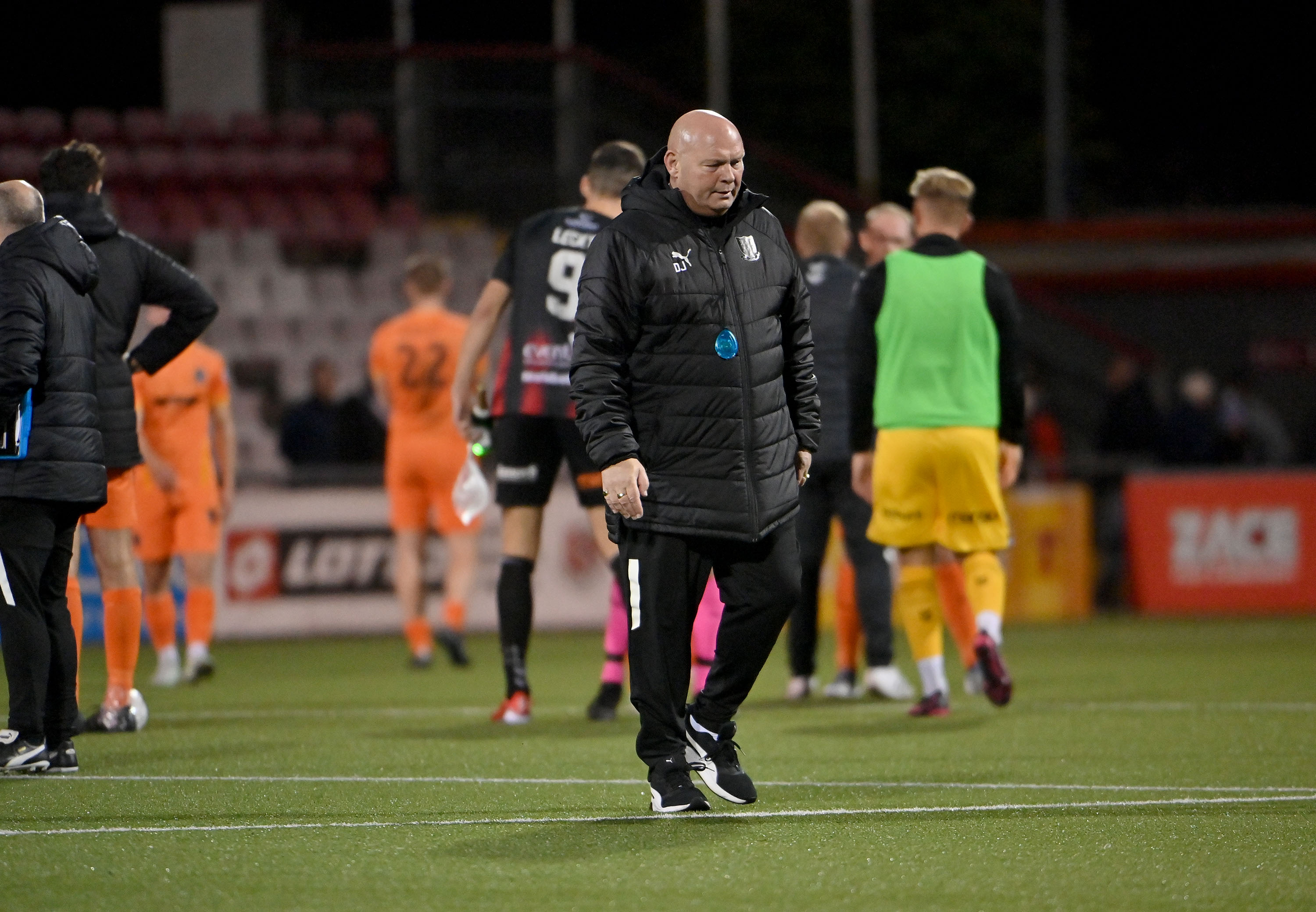 Ballymena United's dismal run of form continued after a comprehensive 3-0 defeat to Crusaders at Seaview on Friday night.

After a dire showing at home to Carrick last Saturday, there were four changes for the trip to North Belfast, as Sean O'Neill, Ross Redman, Steven McCullough and George Tipton all returned to the starting line-up.

This was the first meeting between the sides since the heart-breaking Irish Cup final showdown in May, and much like then United started fairly well, but all the chances were falling the hosts way. After O'Neill had pushed an effort wide from Jordan Forsythe, the former Crues 'keeper made a stunning diving save to deny Lowry via a close range shot from the corner.

From early on Ballymena looked long for the aerial threat of Jordan Gibson and United's first chance came nine minutes in when a Gibson knockdown fell for Joshua Kelly, but the skipper's shot trickled wide.

Another couple of Crusaders chances came and went after O'Neill denied Paul Heatley and Daniel Larmour headed a corner just wide, but in amongst the chances Ballymena looked slightly more of a presence than in recent games.

On twenty-nine minutes the Sky Blue resistance was broken thanks to the in-form Philip Lowry. Billy Joe Burns' long ball somehow got through two United heads as Conor Keeley and Joshua Kelly went for the same ball, as it landed at the feet of Adam Lecky. The ex-United man had the easy task of laying the ball off for Lowry arriving behind him, and he slammed home from close range.

The Braidmen's best chance came just two minutes after the Lowry goal when Sean Graham delivered a terrific ball onto the head of Gibson, but his effort went straight at Jonny Tuffey, and straight after Crusaders had a second in four minutes. Ross Clarke was a menace all game down the right wing and when his cross found Lecky, who himself was hard to handle, he nodded it down for Jarlath O'Rourke who found the bottom corner from six yards out.

By this point Ballymena fans were looking for half-time and it should've been 3-0 just before the break when Lecky's shot deflected to O'Rourke inside the six-yard box, but with O'Neill still on the ground from Lecky's effort, he somehow kept O'Rourke out at point blank range to keep it at 2-0.

Crusaders seemed to come out for the second half in little more than second gear and it allowed United a lot more time with the ball than they'd managed in the first half, but in a running theme with recent games creating chances was met with extreme difficulty.

After an eventless first fifteen minutes in the half, the hosts chances began to come again as Jude Winchester fired just wide after some ropey United defending, before Clarke's driven shot from distance forced O'Neill into yet another good stop with his legs.

Following a flurry of activity in the Ballymena box, the visitors again began to see more and more of the ball, but the threat of a chance was almost non-existent. On seventy-minutes came Ballymena's first chance of the half, when Conor Keeley, who was arguably United's most attacking threat at times, stayed forward to meet a long Ross Redman ball, but after beating Tuffey to it he headed wide.

The match ended with another barrage of Crues chances. A lovely through ball for Heatley saw the winger go through clear, but O'Neill looked to have tipped the shot onto the post to somehow deny Heatley, with O'Neill in sensational form keeping the score down. Winchester looked to get one against his old side and it seemed certain to come when he was found free at the back post, his drilled shot wonderfully blocked by the head of Redman, but from the resulting corner Crusaders had a third. The set piece from the right was asking to be attacked and it was Jordan Forsythe who met it to compound the travelling supports misery.

Winchester skewed another great chance wide in added time, but Crusaders had to settle for three as United suffered a fifth straight league defeat, and with just one goal scored to thirteen conceded in those games, Ballymena's problems are clear to many.