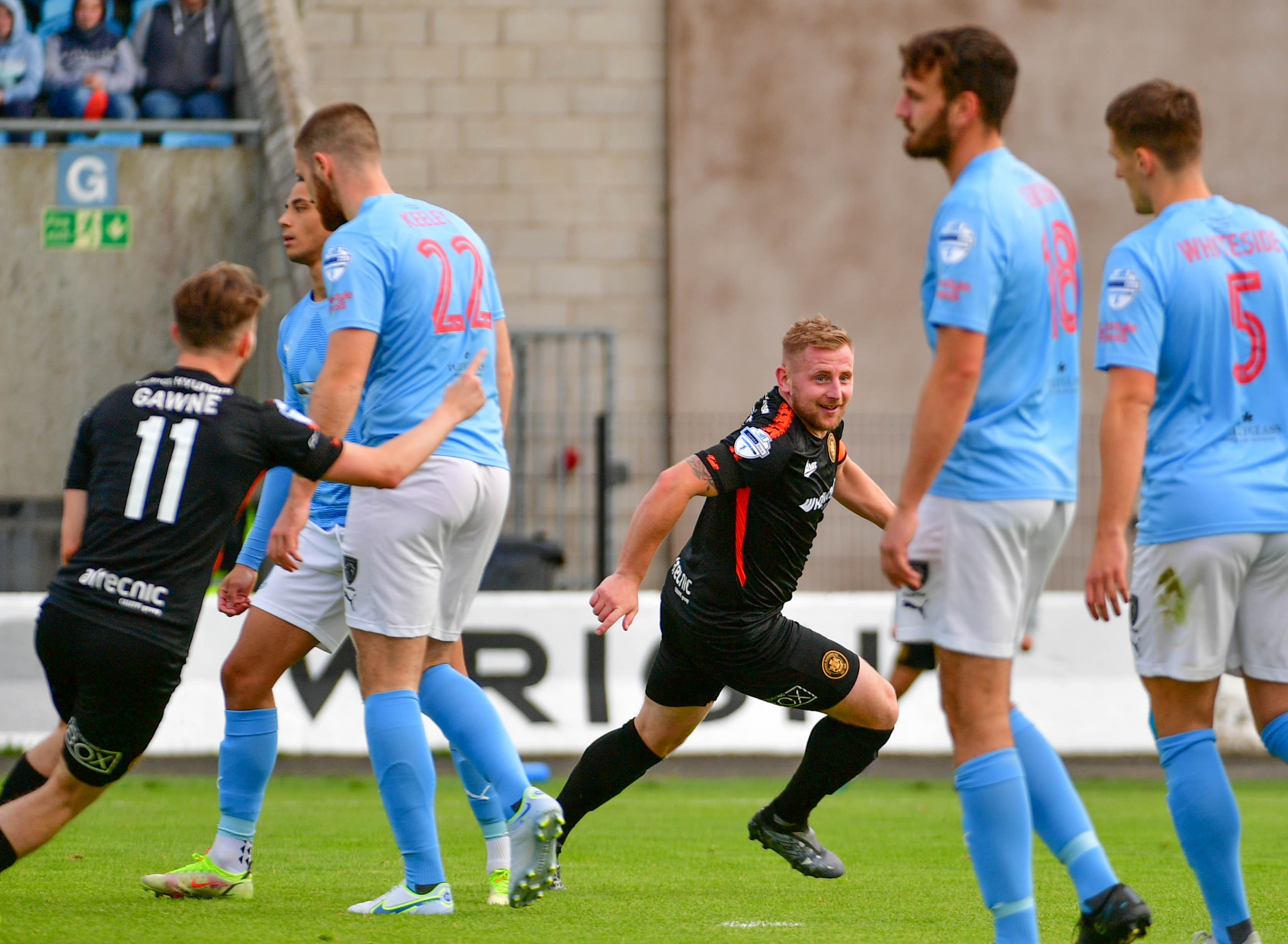 Ballymena United had a disappointing return to league action when a David Cushley strike gave Carrick a 1-0 win in a poor home performance at the Showgrounds on Saturday afternoon.

Prior to kick-off on Warden Street, Ballymena United paid tribute to Her Majesty Queen Elizabeth II with a minute silence ahead of the state funeral on Monday, and it was observed impeccably by everyone involved with both sides.

After needing extra time to get past Ards on Wednesday night, David Jeffrey MBE made four changes that included a return from injury for Conor Keeley, whilst Scot Whiteside took the place of Kym Nelson in the starting XI after Nelson picked up an injury in the warm up.

United's recent form against the 'Gers has flattered to deceive in recent times, despite a 3-0 win in their last encounter, and signs of struggle were there again in a poor performance from near enough the off.

After a quiet opening twelve minutes, Ballymena won themselves a penalty when former United skipper Jim Ervin brought down David McDaid in the box. After McDaid missed a spot kick during the week, Paul McElroy stepped up for this one, but the tone was set for the day when Ross Glendinning went the right way to keep the weak spot kick out.

The Sky Blues had more to contend with on twenty minutes when Jordan Williamson, making his first start this season in the league, received news of his partner having gone into labour, and as Williamson made way, Sean O'Neill took the gloves.

Five minutes after coming on O'Neill had the first save to make for any 'keeper bar the penalty, but he easily held onto Alex Gawne's long-range effort, before at the other end David Parkhouse provided a neat turn before sending his own lengthy attempt just wide.

With five minutes to go until the break and neither team looking like creating more than the odd chance, the hosts had a huge let off when Emmett McGuckin found himself free in the six-yard box to meet a cross, but when he probably had to score, he somehow glanced the ball wide, as a disappointing half of football ended scoreless.

The second forty-five couldn't have started much worse as a Ben Tilney shot deflected wide off of Lloyd Anderson, before Cushley came back to haunt his old side with the game's only goal on fifty-two minutes. A long ball was flicked into the box by McGuckin and after it failed to drop for Gawne it sat up nicely for David Cushley, who buried his first time shot from just inside the box into the bottom corner past O'Neill.

Despite falling behind United still had plenty of time to turn it around, but already it felt like the Sky Blues could possibly play all weekend and fail to find the back of the net. Steven McCullough returned from suspension to replace Parkhouse straight after the goal, with Joshua Kelly needing help in the middle with a stretched midfield, and on the hour mark Jordan Gibson, who was pushed further up following the change, headed a Kenneth Kane cross over at the back post.

As time ticked on United's frustration showed as Michael Place and Sean Graham entered the referee's book, with Place's card in particular leaving the home stand bemused. As the home side looked to try and find anything to get them back into the game, little was happening and Carrick were carrying some threat the other way, as Andy Mitchell fired over from distance and Gawne headed just wide at the back post.

In the final five minutes Ballymena had two of their better chances all day to try and grab a point late on, but substitute Ross Redman headed a corner over before McDaid rather summed up the day when under little pressure, he headed a McCullough cross over.

A fourth straight league defeat for the Braidmen in a day when there wasn't much that went right against a Carrick side not at their best, and improvements will be needed ahead of a tough run of fixtures.