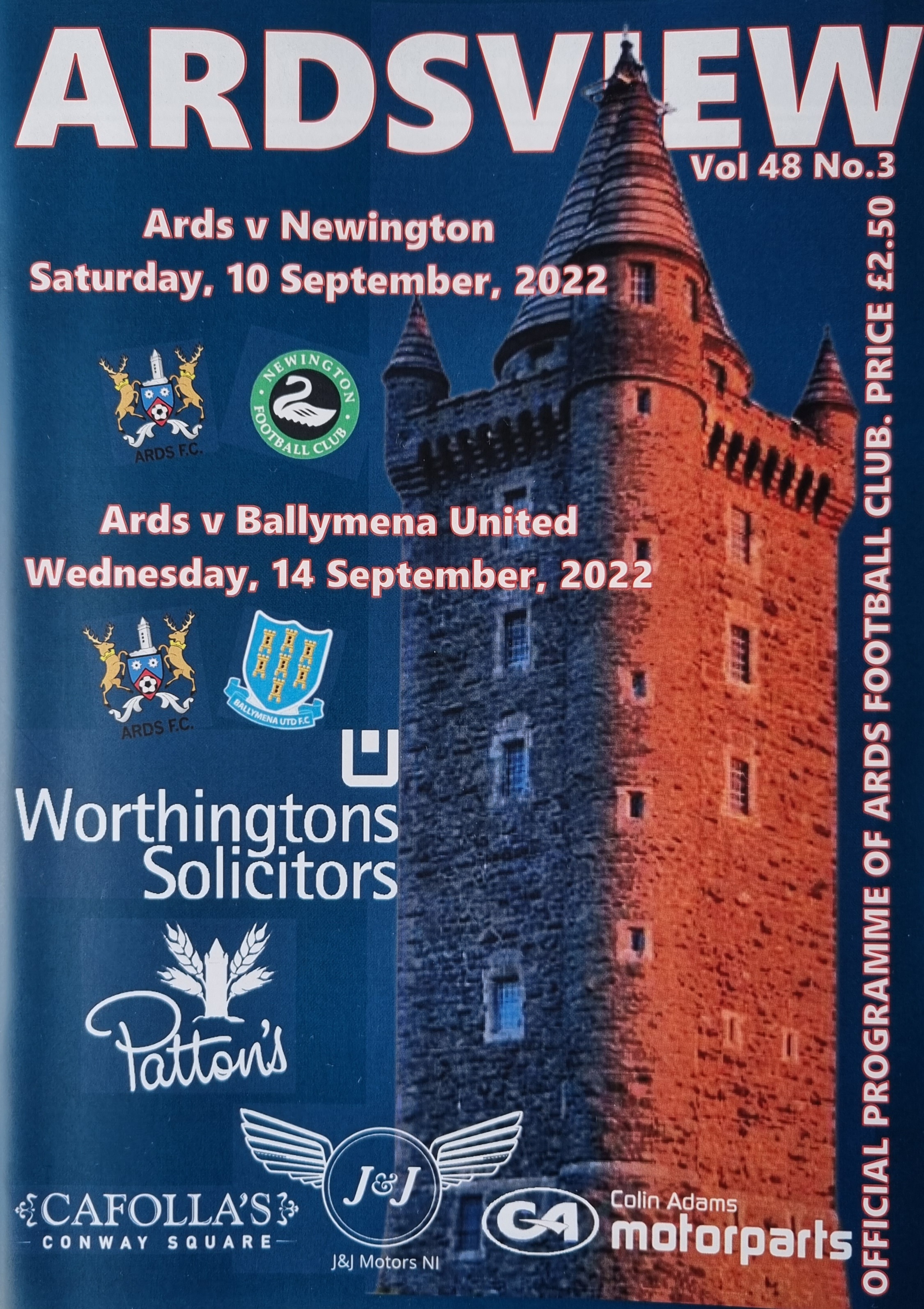 Ballymena United needed extra time to book their spot in Round 2 of the Bet McLean League Cup as they eventually ran out 4-2 winners over Championship side Ards at Clandeboye Park on Wednesday night.

Before kick-off at Clandeboye Park, both clubs came together during the United Kingdom's period of mourning for a minute silence to mark the sad passing of Her Majesty Queen Elizabeth II.

With last Saturday's game against Newry City postponed as a mark of respect across football in Northern Ireland, there were two changes from United's last outing at Newington eight days ago, with Scot Whiteside and Jordan Gibson replacing Caolan Loughran and David Parkhouse.

The Sky Blues started well on their first visit to Bangor in over three years and inside two minutes Kym Nelson rattled the bar with a header from a corner against his former club.

After a dominant spell of football Ballymena broke the deadlock with twenty-one minutes gone via David McDaid. A long clearance from Michael Place ended up finding Gibson, and he played it into the path of David McDaid, who emphatically finished from inside the box for his second in two games.

Ards had offered little in the first half and a goalward shot blocked by Michael Place was easily as close as they had come to troubling Jordan Williamson. Then, on thirty-one minutes, Place went from preventor to creator when he tried his luck from surely all of thirty-five yards, and his thunderous strike looked in the whole way, only to smash off the crossbar.

Two minutes after Place's effort United did extend the deficit to two thanks to Joshua Kelly. A Ryan Waide cut back from the byline was cleared out only as far as Joshua Kelly, and from twenty yards the skipper rifled an unstoppable effort past his old side to put United firmly in the driving seat at the break.

Ballymena had been by far the better side in the first half with a performance that will have pleased David Jeffrey MBE, but the second half was a much more out of sorts affair and just six minutes in the hosts had one back out of nowhere. A long ball over the top found Eamon Scannell in space and he went for an audacious lob over Williamson from distance, and it paid off as it dropped nicely into the net. The goal certainly lifted the home team and soon after a volley from captain Kyle Calderwood flew just wide of United's goal.

The quality of football in the second half wasn't always something to marvel at, but as Ballymena steadied themselves again Waide saw a shot saved before Kenneth Kane played in McDaid for a huge chance, but he somehow slotted wide. The last twenty minutes had a bit of an end to end feel to it and after Ards had an enthusiastic penalty appeal turned down, Waide stabbed a shot wide after Ross Redman dropped a free kick into the box.

Waide had another big chance three minutes from the end when the forward did well to hold off his man and get on the end of a long ball, only to strike straight at the 'keeper, and it would prove costly as Ards hit Ballymena with a sucker punch leveller in added time. The away side were slackly dispossessed in the Ards half and after the hosts broke, a cross was poorly dealt with and it fell to Dan Reynolds who finished past Williamson at the back post to take it to extra time.

Waide and Redman made way for the start of extra time as they were replaced by Paul McElroy and Sean Graham, but United had it all to do with their issues in seeing out games coming to pass again.

The Braidmen did react well however and dominated most of the first half of extra time. A wonderful ball across goal from Kane, who was continuing to grow as the game went on, was met by no one, and on the break Ards almost flipped the game on its head when Aaron Brown clipped the post with an effort. With four minutes to go to half time, Ballymena finally got themselves back in front thanks to a McDaid stunner. A poor corner was cleared at the front post but only as far as McDaid just outside the box, and his sensational first time strike flew into the bottom corner past a helpless Alex Moore for 3-2.

A minute into the second fifteen United re-established their two goal lead as sub David Parkhouse added a fourth. A decent move saw the ball out to Kane on the left wing, and after another great low ball across goal, this time he got his assist as Parkhouse was on hand to tap home.

Ards' threat was still there and Brown fired inches wide at the back post in a good spell for the home side, but after Parkhouse had hit the bar United had a chance for five from the spot when a McElroy header struck a Calderwood hand. McDaid stepped up to try and complete his hattrick, but Moore guessed the right way to keep McDaid's hands off the match ball.

Despite that miss, United rounded off the evening with a 4-2 win to progress to round two, but they were more than made to work for it over the course of two hours play.