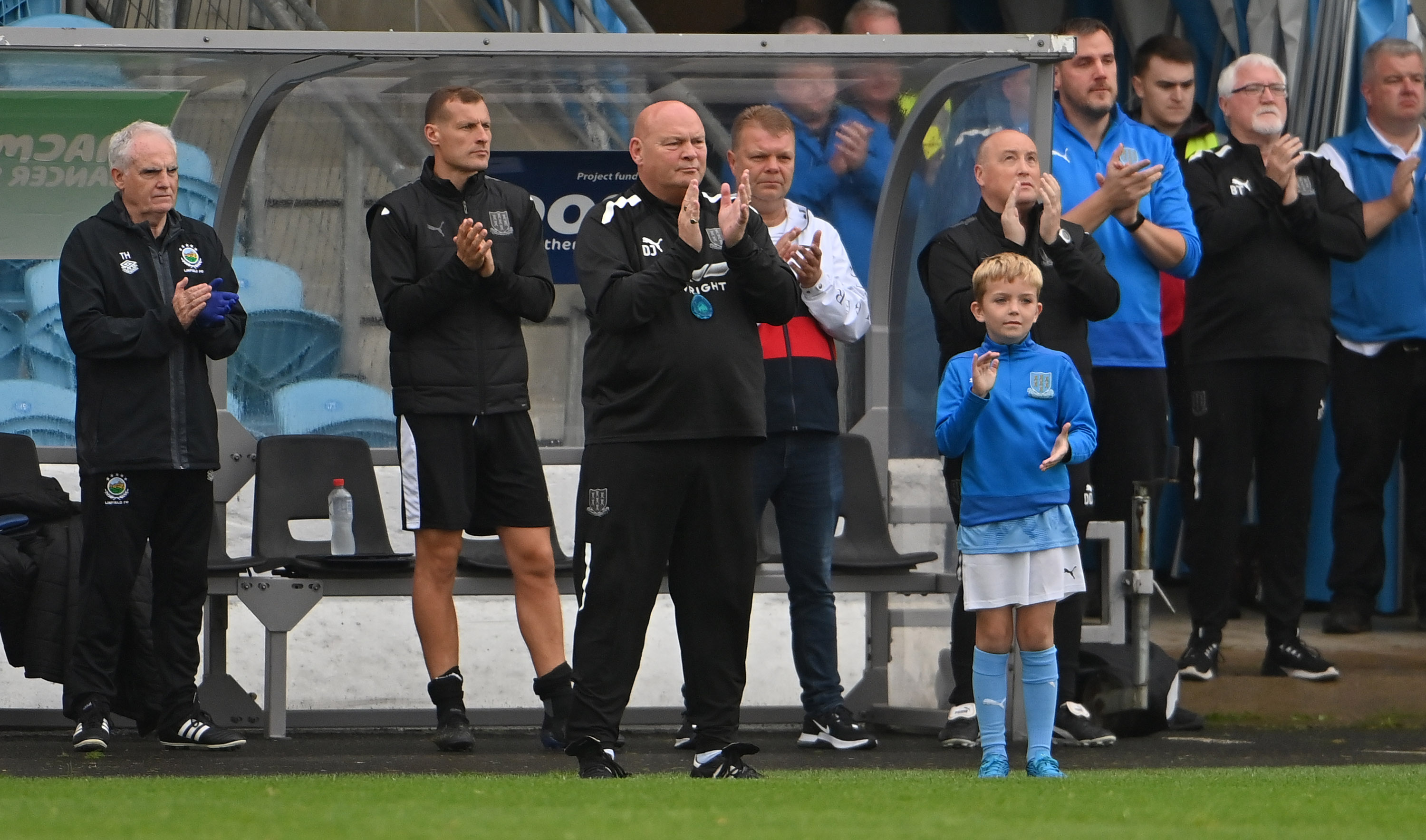 Two goals either side of half time saw Ballymena United surrender to a comprehensive 4-0 defeat to champions Linfield on a hugely disappointing Saturday afternoon at the Showgrounds.

Prior to kick-off, everyone associated with Ballymena United were given their chance to pay tribute and thank a club legend, with a minute applause to honour Don Stirling observed by both clubs and their supporters in United's first home game since Don's passing last week.

After a disappointing performance and result in Larne last Friday night, David Jeffrey MBE made three changes for the visit of the Champions, as Steven McCullough, Andrew McGrory and Jordan Gibson made way for Paul McElroy, Michael Place and David Parkhouse.

For the opening thirty-five or so minutes, Ballymena matched Linfield in what was a fairly astute showing, but creating chances proved to be a problem. The games chances were falling the visitor's way and after Sean O'Neill had saved well to stop a curling Joel Cooper effort, Daniel Finlayson crossed for an unmarked Stephen Fallon at the back post, but on the stretch he fired over.

Bar those chances little was happening at either end for a lot of an extremely stop-start half, with free kicks being handed out more than often, which left the home stand and bench bemused at various points.

For all of the Sky Blues' effort, they were rarely able to get the ball into areas to give Linfield cause for concern, and on thirty-nine minutes an error at the back from United allowed Linfield to pounce and open the floodgates. The hosts were again unhappy when Parkhouse went down clutching his head, but as play continued Chris Shields' long ball was flicked on by Robbie McDaid, and when Kym Nelson got his attempted headed back pass all wrong, Joel Cooper was on hand to slot the ball home through the legs of O'Neill.

The Blues still found time in the first half to double their lead when Kirk Millar made it 2-0 seconds before the break courtesy of another United error. Fallon found it all too easy to get down the left and deliver a high cross, but when O'Neill came for the ball and failed to make contact with it, Kirk Millar would've been thrilled to see it drop his way before he smashed a shot through a sea of Sky Blue bodies into the back of the net.

2-0 may have perhaps slightly flattered Linfield in the first half, even if Ballymena didn't really look like threatening, but the second half was a breeze for the away side who eased their way through without having to get out of second gear.

Two changes came at the break for United as Jack Henderson, who was on a harsh yellow in the first half, made way for George Tipton, while Gibson replaced McElroy, but it didn't make much difference as Linfield's box remained a difficult place for Ballymena to find.

With Linfield in control for the opening ten minutes of the half without troubling O'Neill, they had the chance to do just that with a penalty on fifty-eight minutes. Cooper teed up Kyle McClean for a shot on the edge of the box, and after it was blocked by Scot Whiteside, the man in the middle adjudged the ball to have struck the arm of United's no. 5, despite protests from him and his teammates. Chris Shields stepped up for Linfield and slotted the spot kick home comfortably to put Linfield out of sight.

Three minutes later Ballymena's day went from bad to worse as another poor goal to give away saw Linfield widen the gap to four. Fallon ran past Whiteside on the left with ultimate ease and his ball across the box was met by Robbie McDaid who smashed home his first goal for the Blues from close range.

With twenty minutes left Tipton had one of Ballymena's first efforts all day, but saw it deflected well wide, before great skill on halfway from David McDaid saw him go it alone, only to fire wide just inside the box.

By the final ten minutes Linfield had evidently taken their foot off the pedal, allowing United to see some of the ball, and with one minute left Chris Johns made his first save of the day to deny a decent Place effort from distance.

The match was wrapped up at 4-0 in a desperately poor showing on Warden Street, as Ballymena were outclassed comfortably to suffer a second heavy defeat in eight days.