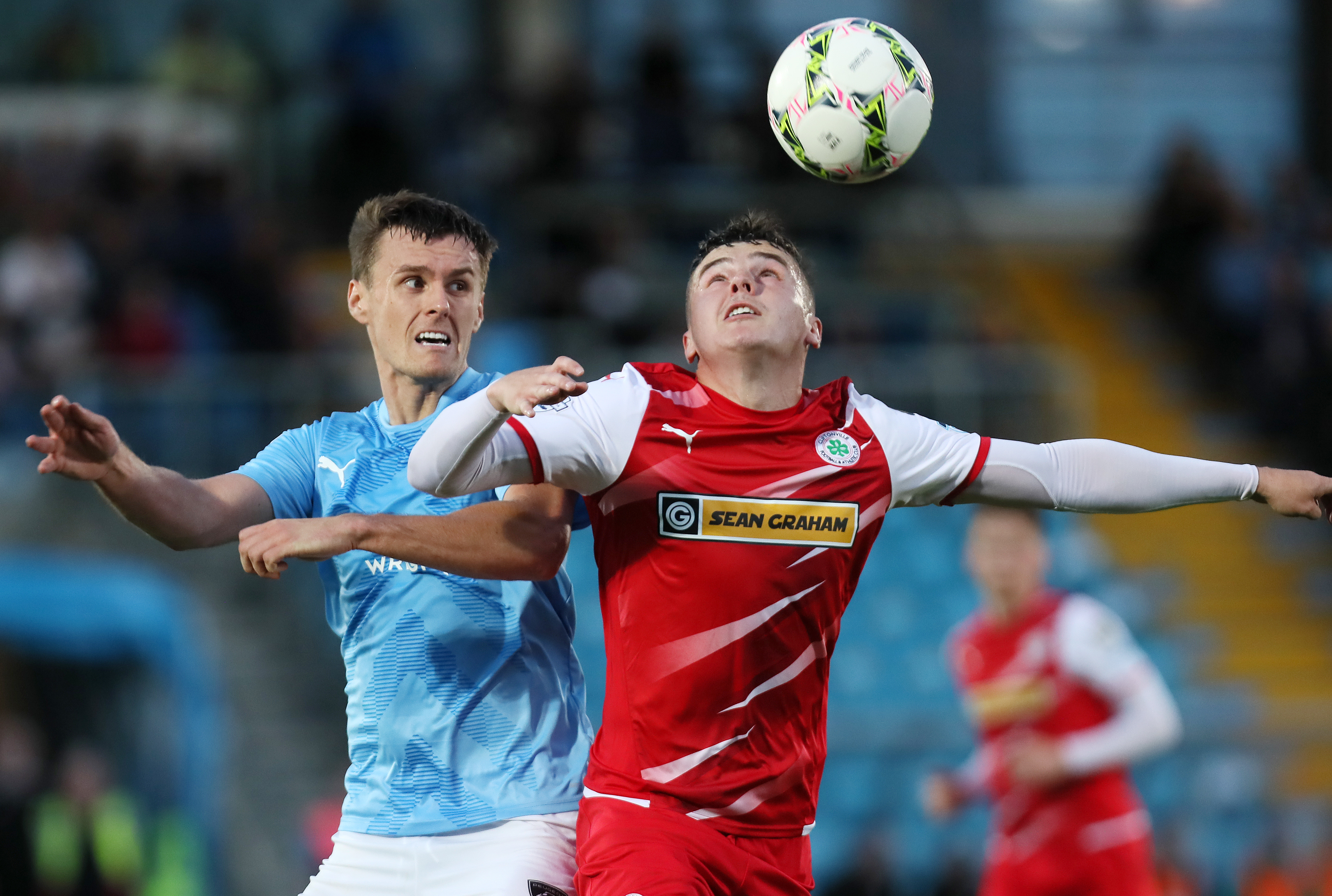 Ballymena United suffered their first defeat of the new season on Tuesday night as they fell to a 2-1 defeat to last season's runners-up Cliftonville at the Showgrounds.

There was just the sole change to the team that took three points away from Dungannon on Saturday, as Jack Henderson replaced an injured Evan Tweed in the midfield, while Sean Graham returned to make the bench.

The opening fifteen minutes saw United impress with a good start and plenty of decent football, resulting in chances for Steven McCullough and Jordan Gibson, with the former firing over and the latter seeing a header saved by Nathan Gartside.

Ronan Hale had sent a well worked corner routine just over, but that was Cliftonville's only real chance early on, so when they broke the deadlock on eighteen minutes, it was against the run of play. Ballymena were carved open with ease down their right-hand side, giving Luke Turner the space to fire a ball across goal, and there Ryan Curran was in mountains of space to deftly flick the ball home unmarked.

The opening goal seemed to rock United who lost their fluidity and coming from the same side as the goal had done, Ronan Hale saw a shot blocked and another one well saved.

After surviving a tough period following the goal, Ballymena settled down again and on thirty-six minutes a stunning strike saw the home side level. A ball in from Scot Whiteside was cleared out only as far as Jack Henderson, and running onto the ball first time on his weaker foot, he curled a sensational effort into the bottom corner from twenty-five yards out, giving Gartside no chance.

Just four minutes after Henderson's strike, the Braidmen had Conor Keeley to thank for staying level when he headed an effort from Hale off the line, before the same man clipped the top of the crossbar, as the Reds' player then circled referee Andrew Davey, adamant the original effort had crossed the line. That sparked a frantic end to the first half as a minute later Michael Place had strong penalty appeals waved away after good work from David McDaid and Paul McElroy found him the box, before he went down as he went to shoot, and seconds later at the other end Mallon curled a tidy effort just over, as a good half of football ended 1-1.

Keeley looked to be in some discomfort towards the end of the first half and he didn't return out for the second period as he was replaced at half-time by Andrew McGrory. After a busy first half that saw plenty of chances and good passages of play, the second half was a slow burner and in the opening fifteen minutes McDaid sending an effort over from the edge of the box was the only half decent chance.

Great work from the skipper Joshua Kelly, who was finding joy in pockets of space down the right, yielded another chance for United, but on the stretch McElroy fluffed his lines on the finish, and following that the away side began to exert pressure.

After a routine save to deny Rory Hale, Sean O'Neill pulled one out of the top drawer to deny Ronan Hale as he tipped over a shot from just outside the box, but after Curran drilled a good chance wide from a corner, Cliftonville moved back in front on sixty-eight minutes. A poor United clearance helped the Reds keep the pressure on, and as Ballymena failed to clear their lines once more, Kris Lowe's cross was missed by Ronan Hale, only to fall to Luke Turner, who smacked the ball home at the back post.

In the final twenty minutes United added David Parkhouse and Kenneth Kane to try and equalise once more, but despite some pressure a goal never really looked like a certainty. A golden chance presented itself to Gibson when McDaid floated a ball over the top for the big striker, but his attempted lob went straight into the arms of Gartside.

Whiteside also saw a chance passed up when he fired a snapshot over the bar from a corner, before substitute Joe Gormley somehow failed to wrap the points up when he headed wide when it seemed harder to miss from close range.

In five minutes of added time United tried to find the equaliser, but despite seeing plenty of the ball they just lacked that cutting edge to find a second, as they failed to pick up a point many would say they deserved over the piece.