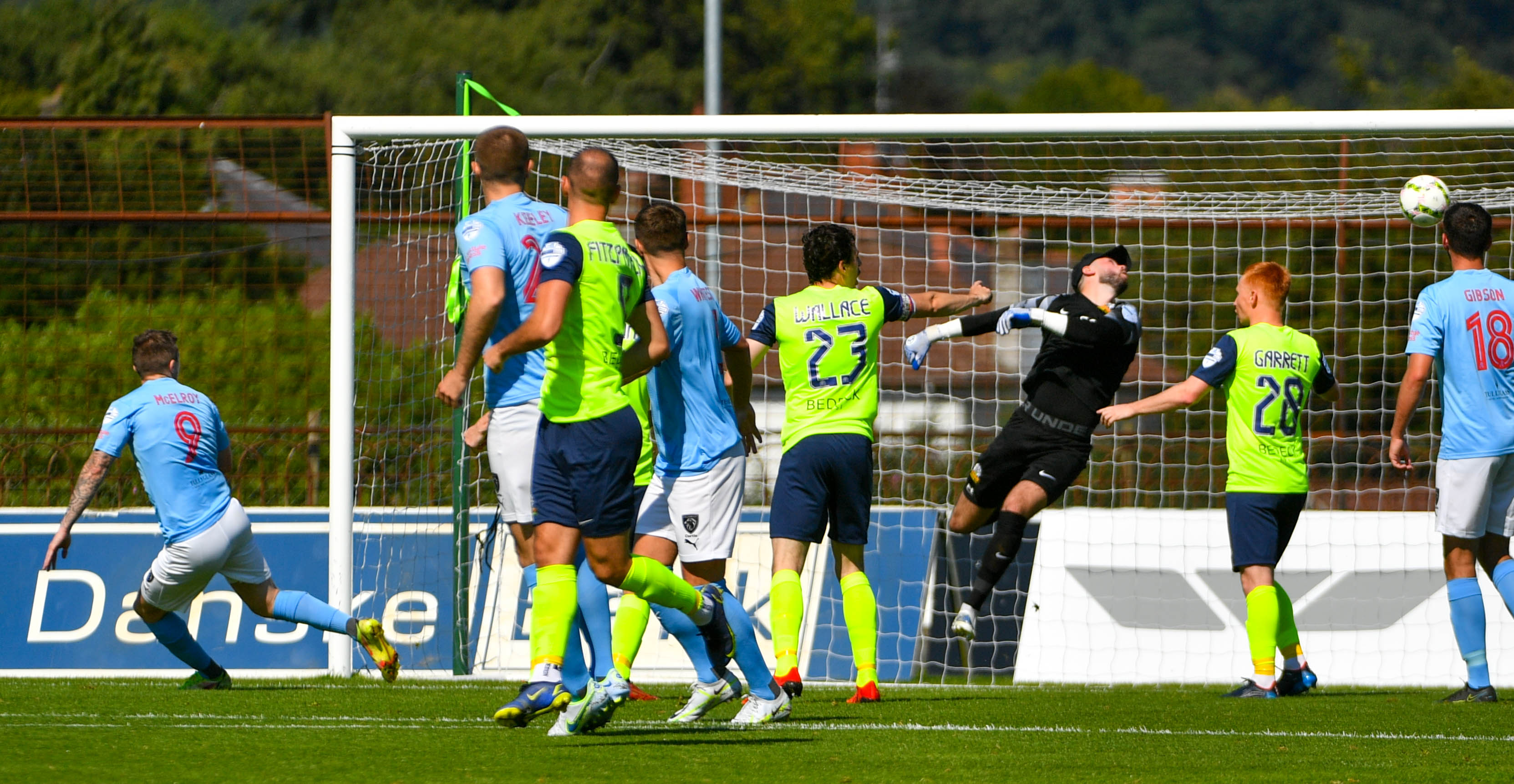 Ballymena United failed to see out a two-goal lead against nine-man Glenavon as an injury time equaliser saw the sides draw 2-2 on the opening day of the season at the Showgrounds on Saturday.

Hoping to put last season's Irish Cup final heartbreak behind them, United couldn't have made a better start as Paul McElroy netted the first goal of the new season inside four minutes. A corner was cleared to Ryan Waide outside the box, and his powerful strike on the turn towards goal was guided home en route by the head of Paul McElroy to make it 1-0.

Following the early opener there wasn't much to split the teams in a spell of no real chances, before a water break allowed both teams a break in the heat. The half came back to life following the break and shortly after, Robert Garrett fired wide before Michael Place just about headed wide of his own goal from a Glenavon free kick.

After Ross Redman had bulleted a header agonisingly over the crossbar on the half hour mark, two minutes later Ballymena's day in the sun got even better when Gibson marked his debut with a goal. After Gibson had been fouled by Calum Birney near the touchline, Steven McCullough delivered a delightful ball in and it was met by Gibson who placed his header perfectly past Rory Brown.

The hosts had been the better side and were good value for their two-goal lead, but just before half time a bright spell from the Lurgan Blues ended with them pulling one back in added time. Keeley made a goal saving block to keep the visitors out, but minutes later Peter Campbell capitalised on a long throw in that Ballymena were given ample time to clear in the box, and it fell to Peter Campbell to hammer home for 2-1 at the interval.

Five minutes into the second half the Braidmen were forced into an earlier than planned change. Waide had gone down in the first half but continued on, but after going down again he was replaced by McDaid, who made his highly anticipated competitive debut in Sky Blue. Just three minutes after coming on nice play from Gibson gave McDaid the perfect chance to announce himself to the fans as he went through one on one, but his poor effort was saved by Brown.

Glenavon had a striker of their own come off the bench for his debut as Eoin Bradley, who needs no introduction to United fans, came on, but he lasted less than five minutes before he struck Keeley off the ball, resulting in a red card for Bradley. Unbelievably, just four minutes later, Glenavon's ill-discipline reared its head again as the away side were reduced to nine men when Andrew Doyle's late lunge on McElroy saw Christopher Morrison reach for his red card once more.

In recent seasons Ballymena have made hard work of playing with a man, or two, advantage, and despite it being a new season it looks like the same problem is still there as Glenavon looked the better team for the final half hour in what was a baffling Ballymena struggle. Jack Malone called Sean O'Neill into action with a long-range free kick that the 'keeper did well to get across too, but despite O'Neill not being overly tested, it was the nine men doing much more of the running in the constant heat.

With ten or so minutes to go Ballymena finally looked like getting a grip back on the game with a flurry of chances. A low ball from McCullough was spilled by Brown, but he re-gathered just before substitute David Parkhouse pounced, before Brown tipped a Keeley effort over and then saved from Tweed.

Despite those chances the game was still too open and frantic for United's liking, and with an air of vulnerability about the side, six minutes of time added on were always going to be nervy.

It was almost game over when Keeley rattled the bar off a corner, but with three minutes gone of the six, the host's struggles to see games out were laid bare again as the nine men levelled. A Glenavon clearance fell to Redman in his own half, but as the left back tried to pass back to O'Neill without looking, he failed to spot Aaron Prendergast who intercepted the ball, before rolling it under O'Neill to make it 2-2.

A point picked up for Ballymena on the opening day, but it is very much two dropped given the circumstances of the game, in a disappointing start to the season in what could be a key game come May.