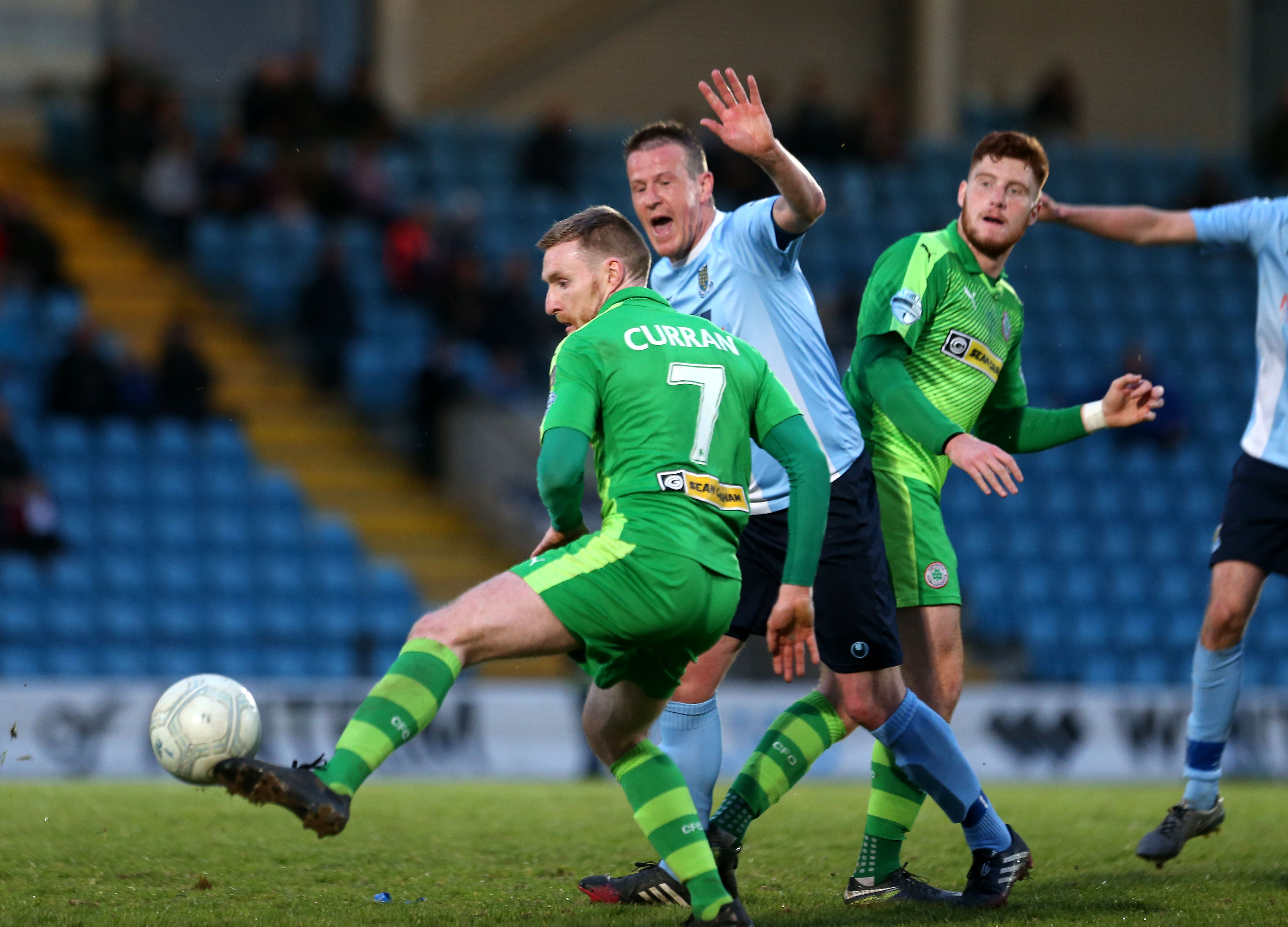 A fantastic second half performance from Ballymena United secured a 4-1 home win over Cliftonville tonight.

The first half was far from a classic but it was the home side who had the first chance of the game. Adam McCracken and Fra McCaffrey linked up well on the left wing and the latter found Johnny McMurray, who could only find the arms of Peter Burke. Cliftonville's first meaningful chance fell after a quarter of an hour. Martin Donnelly looked destined to score, but Caolan Loughran was able to take the ball of his head with a clearance. The ball fell to Chris Curran who then shot into the side netting.

Straight up at the other end, Conor McCloskey found Allan Jenkins in space outside the box, who stuck a half volley into the ground and just wide. On 27 minutes, the deadlock was almost broken via a bizarre own goal. A low ball from Martin Donnelly was thumped onto his own post by McCracken, before Curran shot wide.

The Sky Blues best chance of the half fell to McCaffrey. Cathair Friel provided the ball into McCaffrey, who was able to take a touch in the box, but then blasted over. In the final five minutes of the half Stephen Garrett got the better of Ross Glendinning and fired home, only to be flagged for offside. With the last kick of the half Garrett again went close, only to be denied by a great block by McCracken.

Following a forgettable first half, the second half couldn't have been more of an opposite 45 minutes. In the opening seconds Levi Ives forced Glendinning into a low save. In the following 3 minutes Ballymena threatened twice. First, McMurray was teed up by McCloskey after the wingers mazy run, but could only fire at Burke, before Burke was again called into action, this time making a top save to deny Jenkins from all of 30 yards. The game's first goal finally came on 55 minutes, courtesy of Kyle Owens. After McCloskey was fouled, he picked himself back up to hit the free kick and his cross was met by the head of Owens who found the top corner.

Cliftonville almost hit back instantly with both Donnelly's being denied by a spot of pinball in the United box. On the hour mark Ballymena doubled their advantage thanks to McMurray. McCloskey weighted a perfectly timed pass into the path of Jonathan McMurray who drilled a low effort into the bottom corner. McMurray was consequently booked after removing his shirt in celebration.

The two goal lead only lasted 2 minutes however as the away side halved the deficit. Steven Garrett latched on to a through ball before brilliantly lobbing Glendinning in the United goal. Ballymena's goalframe was again rattled on 66 minutes, this time by Jay Donnelly.

Glendinning spilled a free kick back into the box where Donnelly rifled his shot, hitting the crossbar. With 7 minutes remaining Ballymena looked to have secured a much needed win when Cathair Frielhammered home his 20th of the season. Jenkins' through ball found McMurray who narrowly beat the offside trap and he squared the ball to his strike partner Friel who easily finished.

Kym Nelson was lucky to escape with only a booking late on when he caught Loughran with a high boot. On 88 minutes United rounded off a perfect night when McMurray capped a great individual performance with his second of the game. McCaffrey played a long ball over the top of the Cliftonville defence and found Jonathan McMurray who excellently lobbed Burke to make it four, sending the home stand and dugout into great celebrations.

The result sees an end to a string of poor results for the Sky Blues and cuts the gap on Cliftonville in 4th to 3 points.