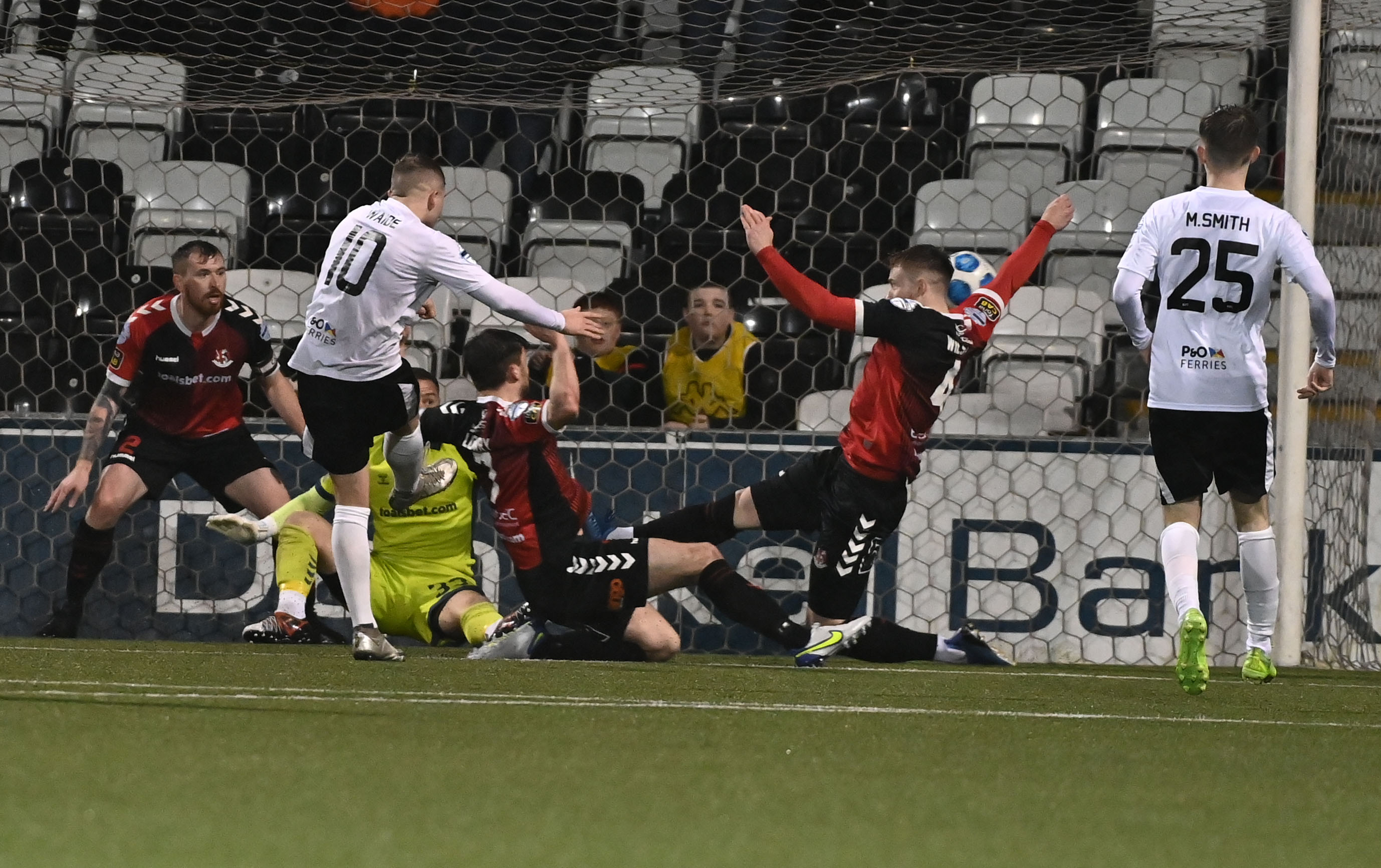 Ballymena United registered a third defeat in seven days as Johnny McMurray's winner saw them fall to a 2-1 defeat to Crusaders at Seaview on Tuesday evening.

Illness and injury meant more changes for United with six new faces from Saturday's disappointment in Portadown, include a return from injury for Samuel Johnston, with Sean O'Neill ineligible, while there was a rare start for Daniel Bramall.

On a fairly dismal evening weather wise in North Belfast, it was a quiet and even start to the game, before on nine minutes Crusaders broke the deadlock with an extremely fortunate goal. Ross Clarke's cross from the right was put into the mixer where it was met by Malachy Smith, but the defender's clearance came off Philip Lowry, who knew nothing about it, and made its way into the back of the Ballymena net.

After the opening goal there still wasn't a great deal to split the two sides, with the hosts probably shading it, but not by much. Steven McCullough, playing in the midfield alongside Brendan Barr and Leroy Millar, had a chance to level but headed straight at Jonny Tuffey, before a long range strike from Ben Kennedy forced Johnston into a stunning save as he tipped Kennedy's effort onto the post.

On thirty-one minutes United were forced into a premature change when Kym Nelson, who had been attended to minutes before hand, went down again and was forced off, with Ross Redman taking his place at centre back. Within seconds of the change the away side almost levelled when Smith's cross nearly sneaked in at the far post, but as it cleared Tuffey, it cleared sadly also the crossbar.

Crusaders most likely avenue for a second goal was from one of a number of corners and one almost paid dividends when Billy Joe Burns met the set piece, only to head just wide, before McMurray sent one high and wide minutes later. Both teams were happy to look long throughout the half, but a well worked move almost brought United level on half time. Ryan Waide, Sean Graham and Bramall linked up neatly on the left, before Graham's cross was headed straight at Tuffey by Waide, as a tight half ended 1-0.

The Crues started the second half the better and almost doubled their lead when Philip Lowry intercepted a pass before rounding Caolan Loughran, but his strong shot was batted away well by Johnston.

As the Braidmen looked to feel their way into the second half, they levelled the scoreline up through Waide on fifty-two minutes. The skipper Millar burst down the left wing before finding Michael Place with a quality ball across the six yard line. Place scuppered his own chances of scoring with a heavy first touch, but he was still able to cut the ball back to Ryan Waide, who sorted his feet out before slamming home from close range to make it 1-1.

Following United's equaliser Crusaders upped it and certainly dominated large swaths of the final half hour, with long balls and second balls causing Ballymena problems. McCullough was alert to clear a dinked ball in from Adam Lecky off his own line, before there was a huge let off for United and Johnston. A shot from Clarke was spilled by Johnston through his own legs before he just about recovered the ball before it crossed the line. In McMurray's attempts to beat Johnston to it he took the ball off the 'keeper and scored, but the ball was deemed to have been in control of Johnston at the time, with the strike disallowed.

On sixty-four minutes McMurray was denied again when he latched onto a fine through ball from Kennedy before he having his shot knick of Johnston for a corner, but a minute later McMurray did get his goal with a similar move. This time it was Robbie Weir threading a delightful ball through United's defence, and Jonathan McMurray did the rest as he rounded the 'keeper and slotted into the open net against his former club.

Ballymena lacked enough quality in the final twenty minutes to draw level once more, and the closest they came was from a long range Millar effort, but Tuffey did well to get down low and parry the ball away. Despite a triple change bringing Andy McGrory, Kenny Kane and Paul McElroy into the game, Crusaders were becoming more and more dominant in midfield and McMurray was denied twice from headers by Johnston, before he should've wrapped it up late on, only for Johnston to come out on top when one on one.

In four minutes of added time a long range strike from McElroy out of nothing was held onto by Tuffey as United, who just didn't quite do enough over the piece to take a point back down the road, had to settle for another damaging loss in their European play-off pursuit.