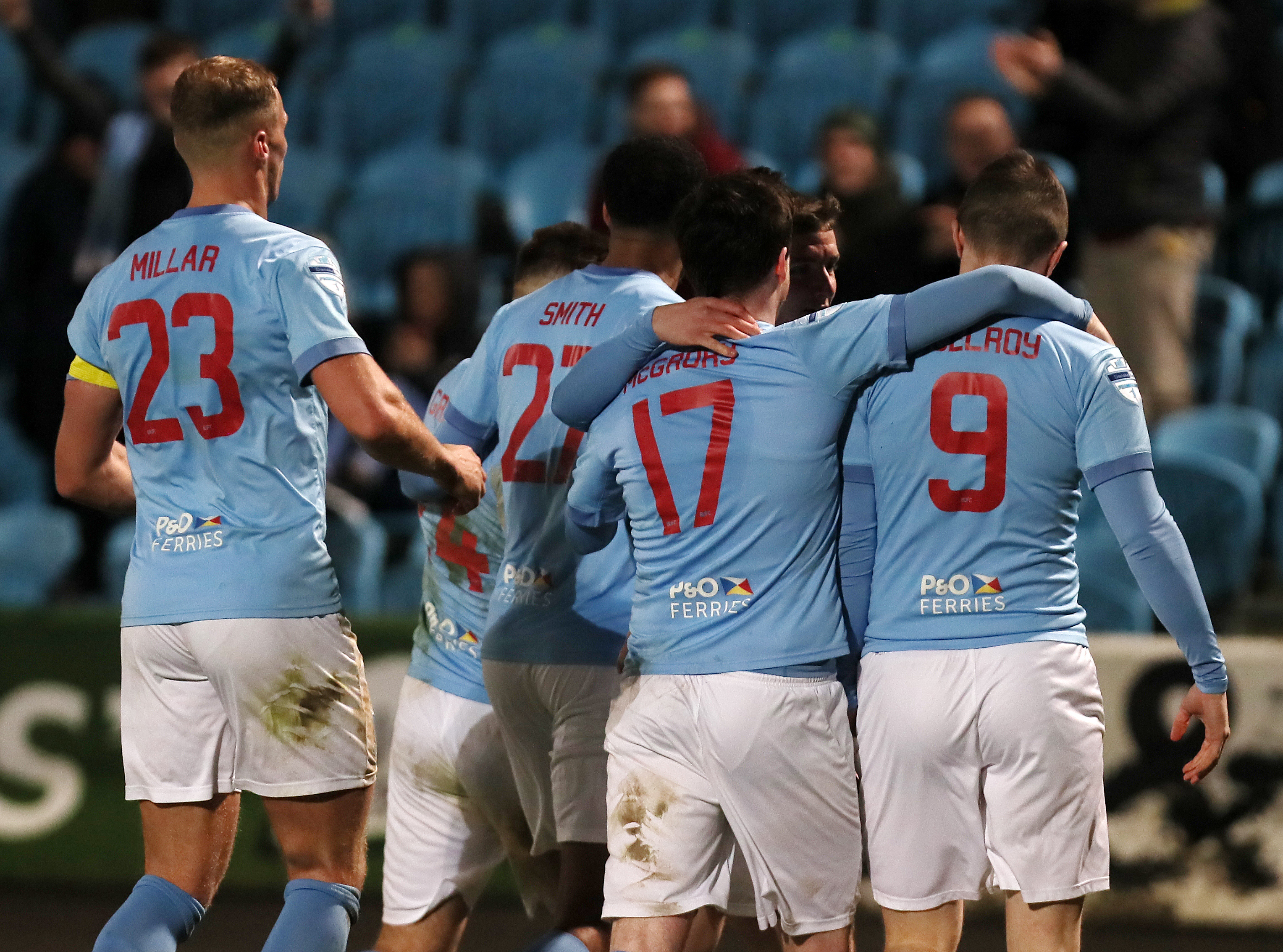 It was the late late show at the Showgrounds as Ballymena United scored twice in the final five minutes to grab a dramatic 2-2 draw with Cliftonville on Friday evening.

After Tuesday night's heavy defeat at the hands of Carrick, David Jeffrey made four changes to the team, including a return for David Parkhouse and Kenneth Kane up top, as well as Michael Place and Brendan Barr.

On an blustery evening on Warden Street, it was a fairly even start as both teams looked to get to grips with the conditions. On twelve minutes came the games first chance as Joe Gormley raced down the right and put a ball across goal that looked certain to be tapped in by Ryan Curran, but on the line Sean Graham pulled off a miraculous lunge to somehow keep it out.

After a slow Cliftonville start, they found their stride in a five minute spell that eventually yielded the first goal of the night. After Andrew McGrory did well to block a Curran shot after slack defending, Ciaran Gallagher pulled off a fantastic double save to deny first Ronan Doherty from distance, and then Gormley on the follow up. However, from the next corner it was 1-0 through a stunning Jamie McDonagh strike. The corner was cleared out to McDonagh, but from the edge of the D he struck the sweetest of volleys to thunder the ball home in style.

Ballymena were struggling to create as the half went on as the midfield battle was lost more often than not, and they were fortunate not to be 2-0 down when Doherty was given all the time in the world to cross, but at the back post McDonagh turned over.

The final ten minutes of the half was better from the hosts, without really worrying the Reds' 'keeper. Kenneth Kane's hooked ball from the byline was met by Place, United's brightest spark again, but his shot was quickly blocked. On the stroke of half time, Graham put a pacy ball in for Parkhouse, but he narrowly missed it as Cliftonville took a lead to the break.

The first twenty minutes of the second half left a lot to be desired for those watching in the ground and at home on the BBC with both teams really struggling to do anything of note. Now playing into the wind, very little was coming off for Ballymena through the air, and when a chance finally came it was for the visitors, but Gormley's shot at the back post was blocked by McGrory.

Place was doing his best to get something going and with little options open to him he let fly from thirty yards, and saw his effort whistle just wide. With twenty minutes left the Sky Blues finally began to turn the screw somewhat with a spell of good pressure. However, the pressure didn't translate into chances and down the other end with ten to go McDonagh struck again to make it 2-0. In the blink of an eye Cliftonville turned defence into attack and Paul O'Neill and McDonagh somehow saw off five sky blue bodies in the middle of the park, before Jamie McDonagh ran through and finished delightfully from outside the box. A fantastic finish again, but a goal United will look back on with disappointment.

Given the Braidmen's performance, McDonagh's second looked to have ended the contest and with nothing to lose David Jeffrey finally turned to Jonte Smith, Daniel Bramall, Jack Henderson and Paul McElroy, as the kitchen sink was well and truly thrown and Leroy Millar pulled a goal back with two minutes remaining.

O'Neill could've extinguished that hope when he smashed over from close range just as four added minutes went up on the board, but three minutes into the four Ballymena found a dramatic last gasp leveller. A corner was cleared to Bramall who did well to head the ball back into the mix, and as Conor Keeley hooked it goalwards, the ball struck the arm of Chris Gallagher and a penalty given.

Paul McElroy, only on a matter of minutes, took responsibility, and he calmly slammed the spot kick down the middle to give a United team, who frustrated for eighty minutes only to star in the final ten, a sensational late point.