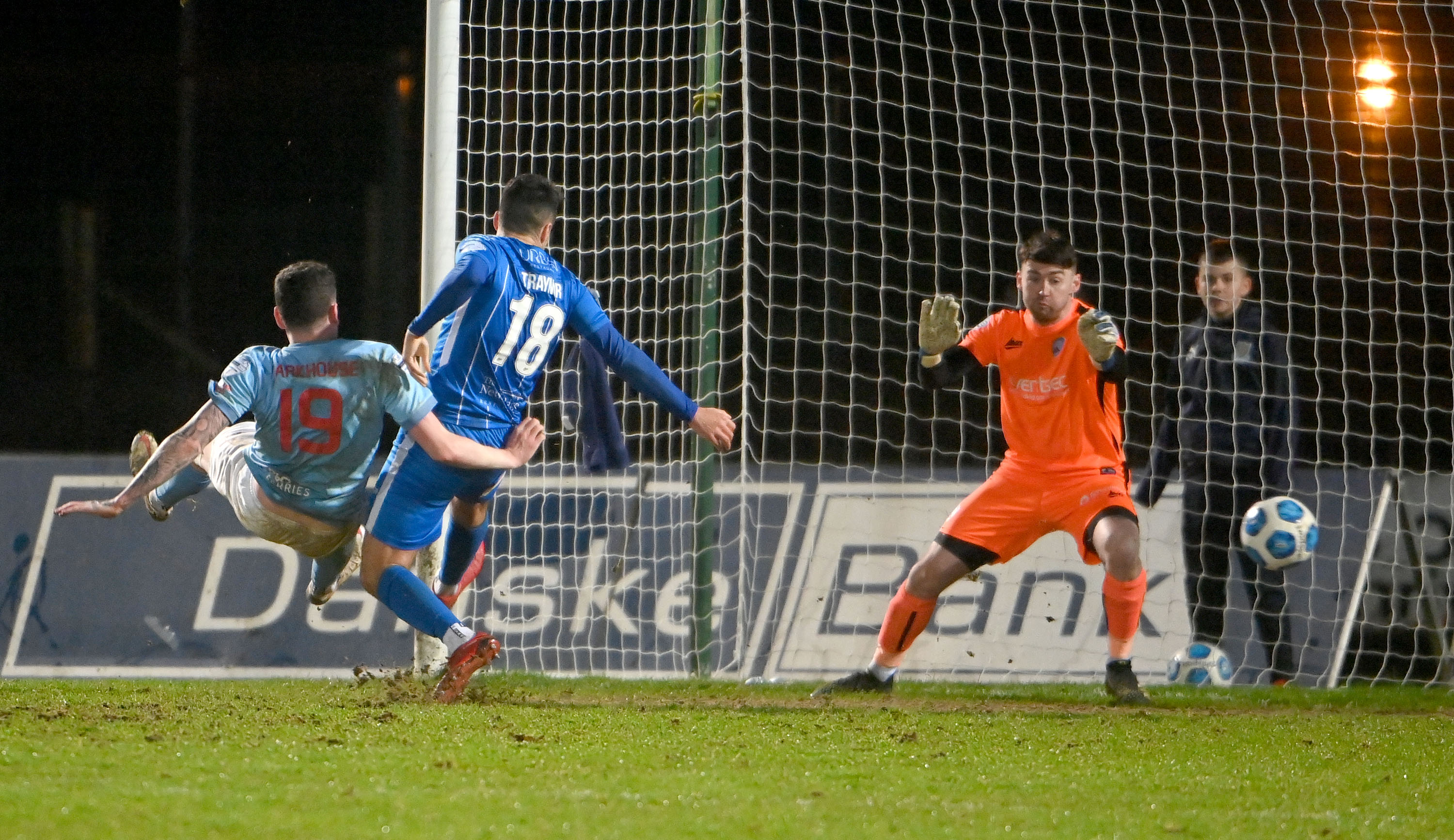 Ballymena United took the derby day spoils in a gripping game against Coleraine in the annual Boxing Day game.

With goalkeeper Jordan Williamson out of action after breaking a finger during the defeat to Linfield, Samuel Johnston was given his second start for United.

In a sold out game at the Ballymena Showgrounds it didn't take long to get the home fans out of their seats as Paul McElroy finished brilliantly to put the Sky Blues ahead after just 4 minutes.

It wasn't long before the visitors have a good chance, Andrew McGrory giving the ball away to Conor McKendry who fired narrowly wide when he was through on goal. As Coleraine started to put the pressure on, Josh Carson and McKendry linked up together well before Carson sent the ball over the bar.

In the 29th minute Stephen Lowry sent a cross into the box but all Stephen McDonell could do was head into the arms of the waiting Johnston. It was McKendry's involvement minutes later that led to another chance for Coleraine, a corner sent deep into the box but Aaron Traynor firing well over the bar. Jamie Glackin sent a corner in and again it was Traynor who could only manage to head wide.

As the game entered the last 5 minutes of the first half, United threatened through a good run from Leroy Millar, but he send the ball the wrong way, and eventually Kenneth Kane has a half-volley blocked by the Coleraine defence. At the other end McKendry sent another cross in but Matthew Shevlin managed to fizz the ball over on the turn to end the half.

Coleraine started the second half well, Glacking taking a shot which was parried by Johnston and United were able to scramble the ball away.
A seemingly innocuous clash at the edge of the Coleraine box seen their keeper, Gareth Deane, go down awkwardly which led to him being replaced by second keeper Martin Gallagher after lengthy treatment resulted in Deane being stretchered off to applause from both sets of fans.

Just before the hour mark Oran Kearney chose to bring on James McLaughlin to replace ex-Ballymena United man Matthew Shevlin. It took just 2 minutes before he'd chipped Johnston to level the game at 1-1.

United were struggling to contain the Bannsiders attack, chances coming for Rodney Brown, who got a toe on the end of a cross from McKendry, and Aaron Traynor's shot taking a deflection and going out for a corner, which was cleared.

With just 2 minutes left of the 90, Leroy Millar fired a great shot at sub-keeper Gallagher but it was an excellent save to deny Millar. That wasn't to be the end of the matter though, David Parkhouse sending the ball into the net to steal the points and end the year with a win. It was an extremely tough typical derby game, but the Sky Blues stood strong and got the result they richly deserved.