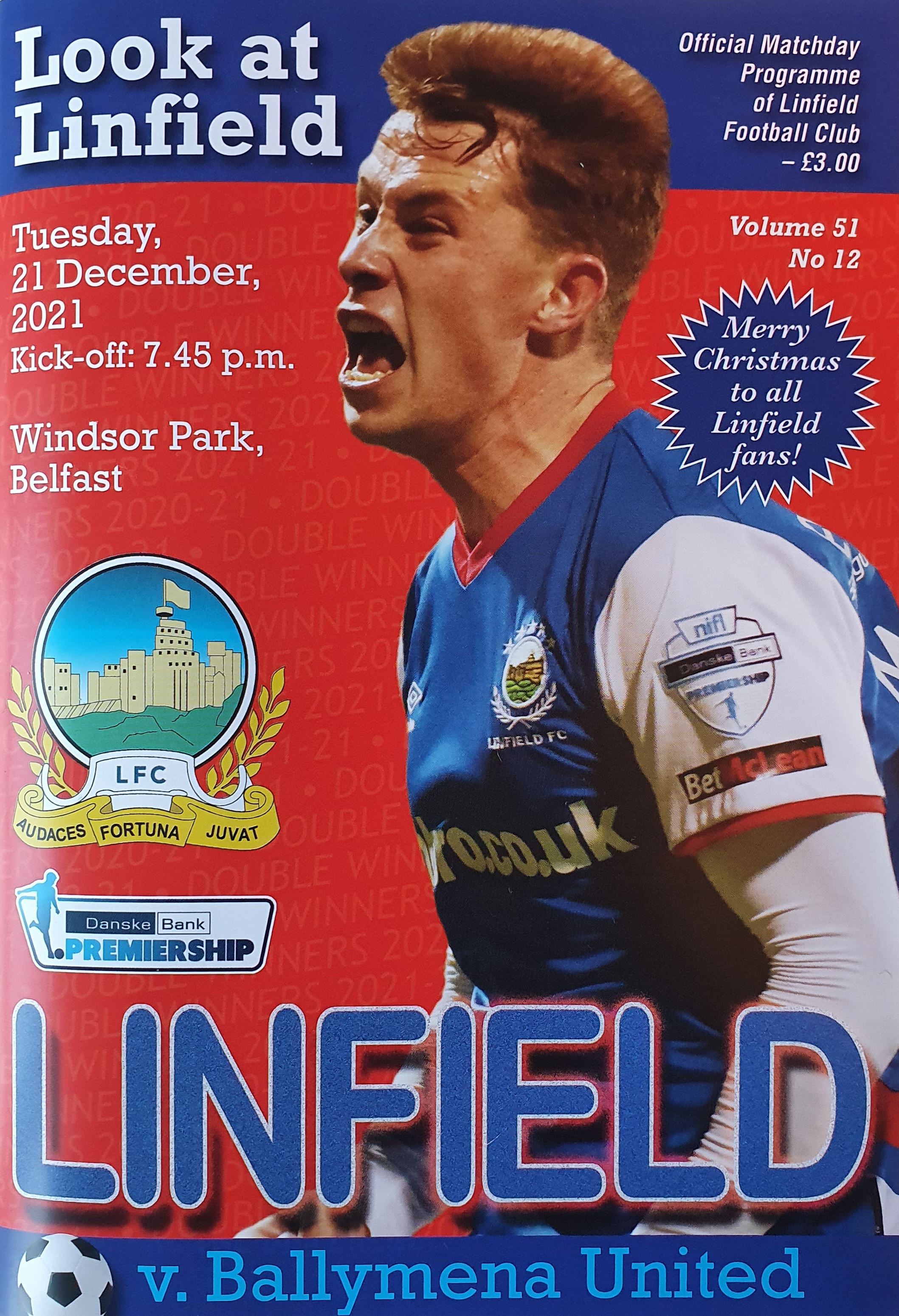 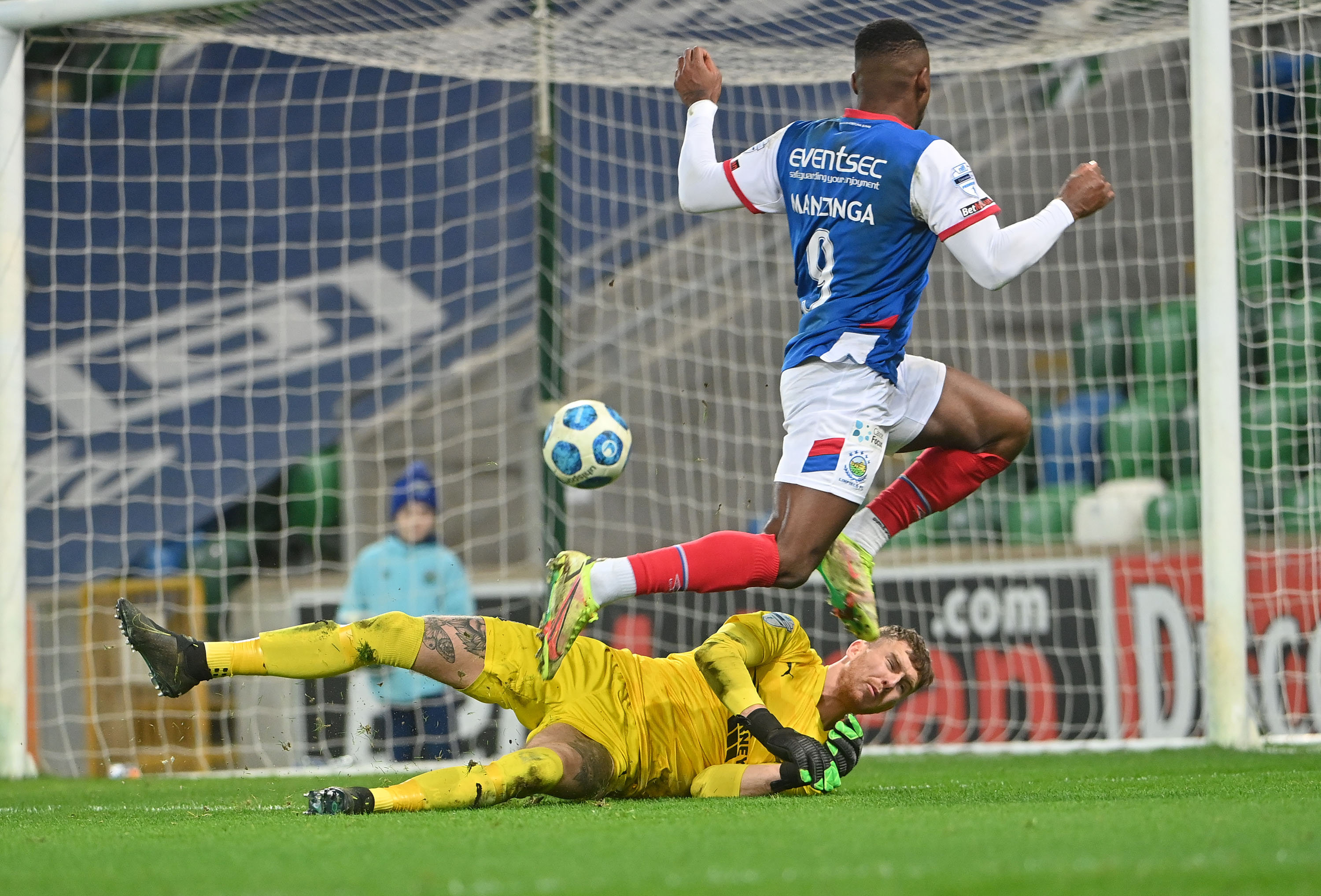 Ballymena United will be counting themselves unfortunate as they suffered a narrow 1-0 defeat to Linfield at The National Stadium on Tuesday night.

Ahead of their final fixture before Christmas, United made two changes from Saturday's win over Dungannon, as David Parkhouse and Christopher Rodgers both returned to the starting XI for the first time in a while, replacing Jack Henderson and Conor Keeley.

The Braidmen arrived at Windsor with a poor record against Linfield, but like many of their previous defeats, this one was extremely even throughout. The Blues controlled much of the opening exchanges and their first chance fell to Christy Manzinga, but he dragged a decent chance wide.

Brendan Barr was again a live wire in Ballymena's midfield, alongside Leroy Millar and Steven McCullough, and a piercing cross from Barr was met by Paul McElroy for United's first chance, but it was a difficult one as McElroy blazed over.

Shortly after McElroy's chance, Jordan Williamson pulled off a fantastic low stop at his near post to keep out Martin Donnelly, before Trai Hume looked set to score against his hometown club, only for McCullough to get back and put in a stunning goal saving tackle.

In amongst those Linfield chances, Ballymena were playing some quality football themselves, and after scaring The Blues with half chances, Kenny Kane had a huge chance to break the deadlock. The ball broke out of nothing for the forward to latch onto, and he raced in on goal, but with Kyle McClean snapping at his heels, he stayed on his feet and just overran the ball into Chris Johns' arms.

At the end of the half a deep free kick into Ballymena's box looked set to cause United big problems, but it was wonderfully cut out by an exceptional Rodgers, back in the team, before Williamson pulled off a cracking save to deny Manzinga one on one, as an entertaining half ended level.

After more than holding their own in the first half, the Sky Blues were left wondering how they weren't in front at the beginning of the second half, as they went agonisingly close on two occasions. Firstly, a wayward clearance from the hosts put Linfield in all sorts of trouble, and from a tight angle David Parkhouse, a threat all night, beat Johns to the ball to lift it across goal for McElroy, but from inside the six yard box his shot was somehow blocked on the line and onto the woodwork by Hume.

Less than two minutes later United broke well on the counter attack, and a delightful scorpion flick from Parkhouse saw him evade his marker and race into space. Parkhouse then found Kane just outside the box, and he readied himself before curling a beauty onto the post, with Johns merely a spectator.

By the hour mark it was end to end with United toe to toe with Linfield, and when asked to defend they did so well in numbers. Eventually, however, Linfield began to put some constant pressure on United, and they would've been ahead if it weren't for two fine Williamson saves to thwart Ahmed Salam not once, but twice.

On seventy-two minutes Matthew Clarke looked certain to score from a close range header, and although the flag went up anyway, he was denied by a save out of the very top drawer from Williamson. However, five minutes later, United's resistance was broken as Manzinga edged the Blues ahead. It came from one through ball from Hume that got behind the away defence, and Christy Manzinga just beat Williamson to it to dink the ball home, before he injured himself in the celebrations.

Surely deflated by falling behind in such an even game, Ballymena didn't give up the chase and with Ryan Waide, Sean Graham and Dan Bramall all thrown on late on, they probed and probed for an equaliser.
Chances came and went as Waide saw a header from a fine Bramall cross saved by Johns, before Parkhouse did brilliantly yet again to tee up Barr, who could only fire over from a great position, as Linfield limped their way to the three points.

A fantastic all round performance from United in the capital, with the Sky Blues just unable to take one of many chances, to fall to narrow, and hugely unfortunately, defeat before facing Coleraine two days after Christmas.