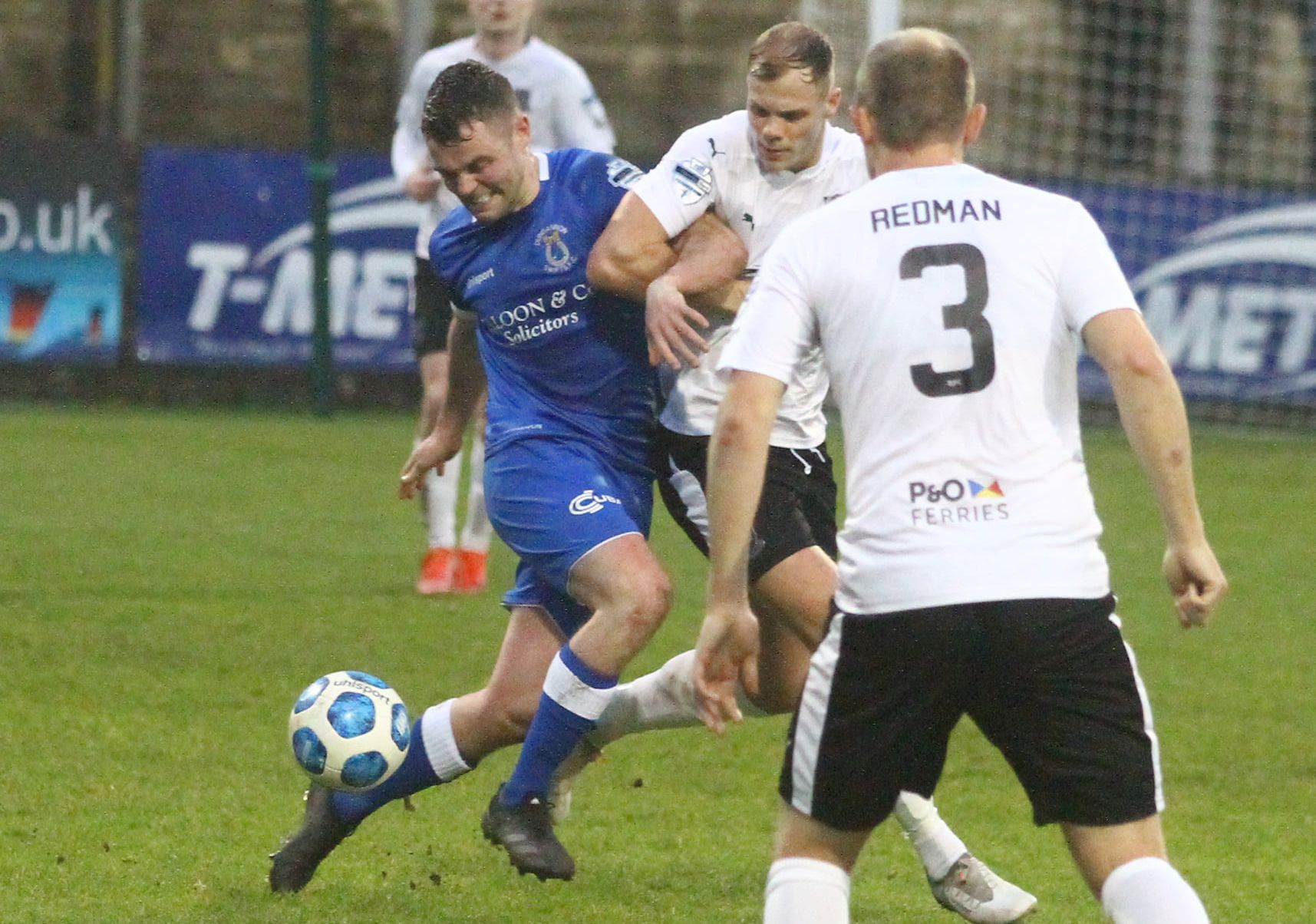 With Christmas approaching and a trip to Linfield coming up on Tuesday night, David Jeffrey made one switch, as Jack Henderson came into the starting XI ahead of Ryan Waide.

The first half was largely dominated by the hosts as the Braidmen seemed to struggle at times with the Swifts' tempo and movement. Early on, Darragh McBrien all too easily made his way into Ballymena's box, with his shot deflecting off Ben Gallagher and forcing Jordan Williamson into a good reactionary save. Dungannon's fast start continued and they could've been ahead as Cahal McGinty met Ryan Mayse's free kick, but his free header floated narrowly wide.

After struggling for fifteen minutes Ballymena almost took the lead against the run of play when Ross Redman's free kick drifted all the way to Conor Keeley at the back post. The centre half had time to bring the ball down but lacked the composure of a striker and saw the ball just escape him.

After Gallacher had tested Williamson with a sighter at goal and Kenny Kane wasted a good opportunity after a stunning ball from Henderson, the Sky Blues went ahead on twenty-two minutes out of nothing. Andrew McGrory found Kenny Kane well tight on the right touchline, and the lively forward cut in before seeing his strong cross/shot from wide go all the way in at the back post, with only Kane able to say whether it was shot or cross.

Falling behind didn't dampen the hosts spirits and they continued to cause Ballymena's resistant back five issues, without a killer instinct to bring them level. A corner routine almost paid dividends as McBrien met the ball on the edge of the box, but his driving shot flew just wide, as United went into half time a tad fortunate to have their noses in front.

With Ballymena relying on counter attacks for much of the first half, it was one from the home side that almost brought them level at the beginning of the second period. A fantastic long switch of play saw McBrien get in behind United and race clear, but his effort was wonderfully saved by Williamson to send the ball over. Minutes later McBrien was in again in a carbon copy of the first chance, but second time round he fired wide. From a succession of corners that soon followed McBrien's chances, Ballymena couldn't get out of their own box and eventually Mayse was denied from close range by the faultless Dougie Wilson, back on familiar ground.

After a rocky first ten minutes following the break, the Braidmen tightened up and as well as looking more dangerous with more of the ball, their back five looked an impossible unit to break down. Good pressure from Leroy Millar saw him dispossess Oisin Smyth deep in his own half, and after the skipper fed Paul McElroy, he struck his effort just wide of the post.

As Henderson made way for David Parkhouse on sixty-six minutes, it saw a change in formation as Steven McCullough moved into midfield, allowing Redman, exceptional all day, to switch back out to left back.

As the game opened up Ballymena began looking for a second, and when McElroy's tireless as ever work saw him get the ball to Millar, he skipped a challenge before testing Michael Quinn, and minutes later from a corner Brendan Barr's looping header from well out went just over. With the game still very much in the balance into four minutes of added time, Barr epitomised United's dogged display and his own superb performance when he stopped Swifts from breaking through with a stunning last ditch tackle.

Then, in the final minute, a Swifts corner gave them one last throw of the dice, but after they threw the goalkeeper Quinn up, United broke to secure the win with a second. McGrory cleared the corner at the near post as far as Parkhouse, and after he did well to hook the ball over for McElroy, he had the easiest job in the world to carry the ball forward before burying it in the empty net to give him a goal he deserved on the day.

Then, in the final minute, a Swifts corner gave them one last throw of the dice, but after they threw the goalkeeper Quinn up, United broke to secure the win with a second. McGrory cleared the corner at the near post as far as Parkhouse, and after he did well to hook the ball over for Paul McElroy, he had the easiest job in the world to carry the ball forward before burying it in the empty net to give him a goal he deserved on the day.