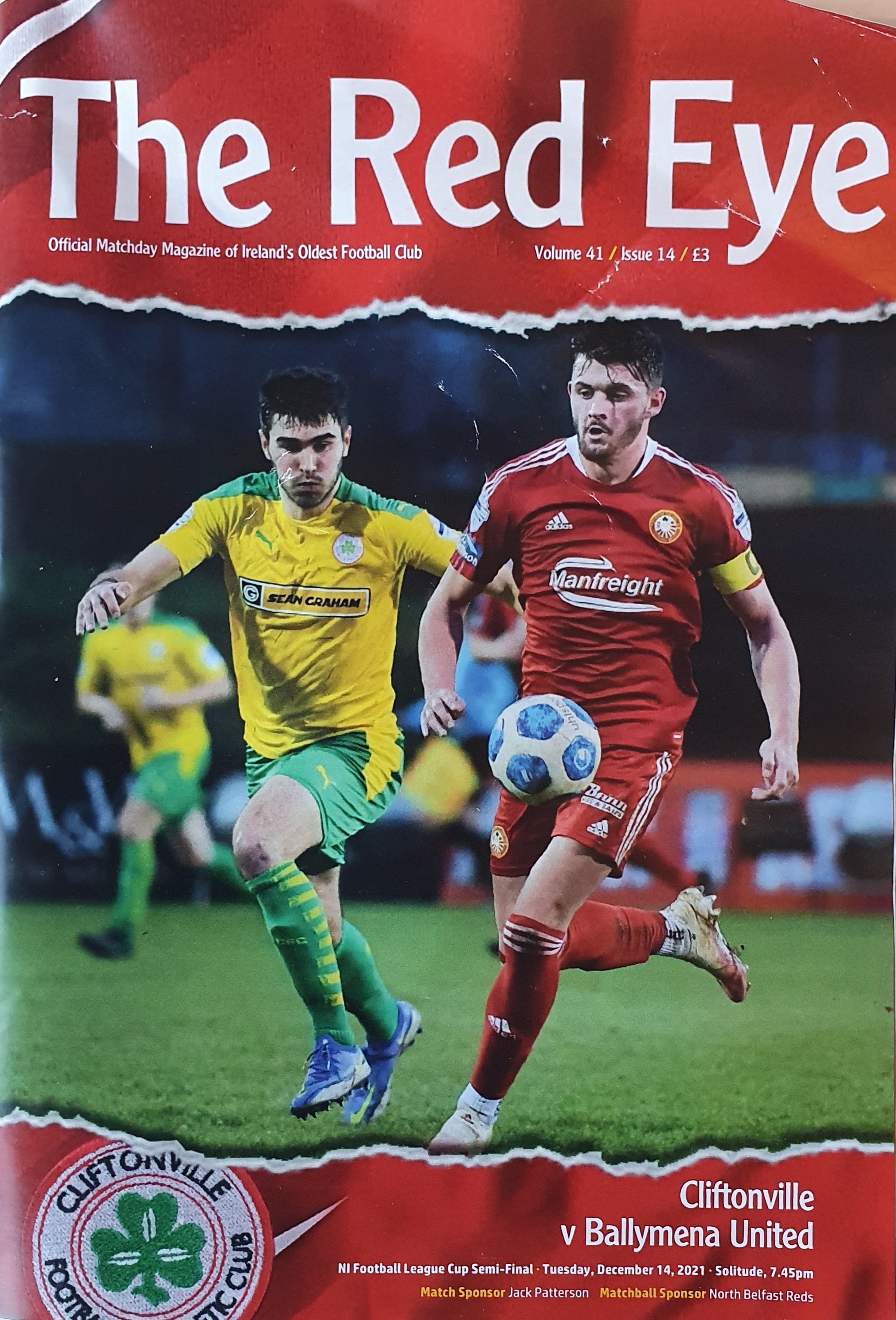 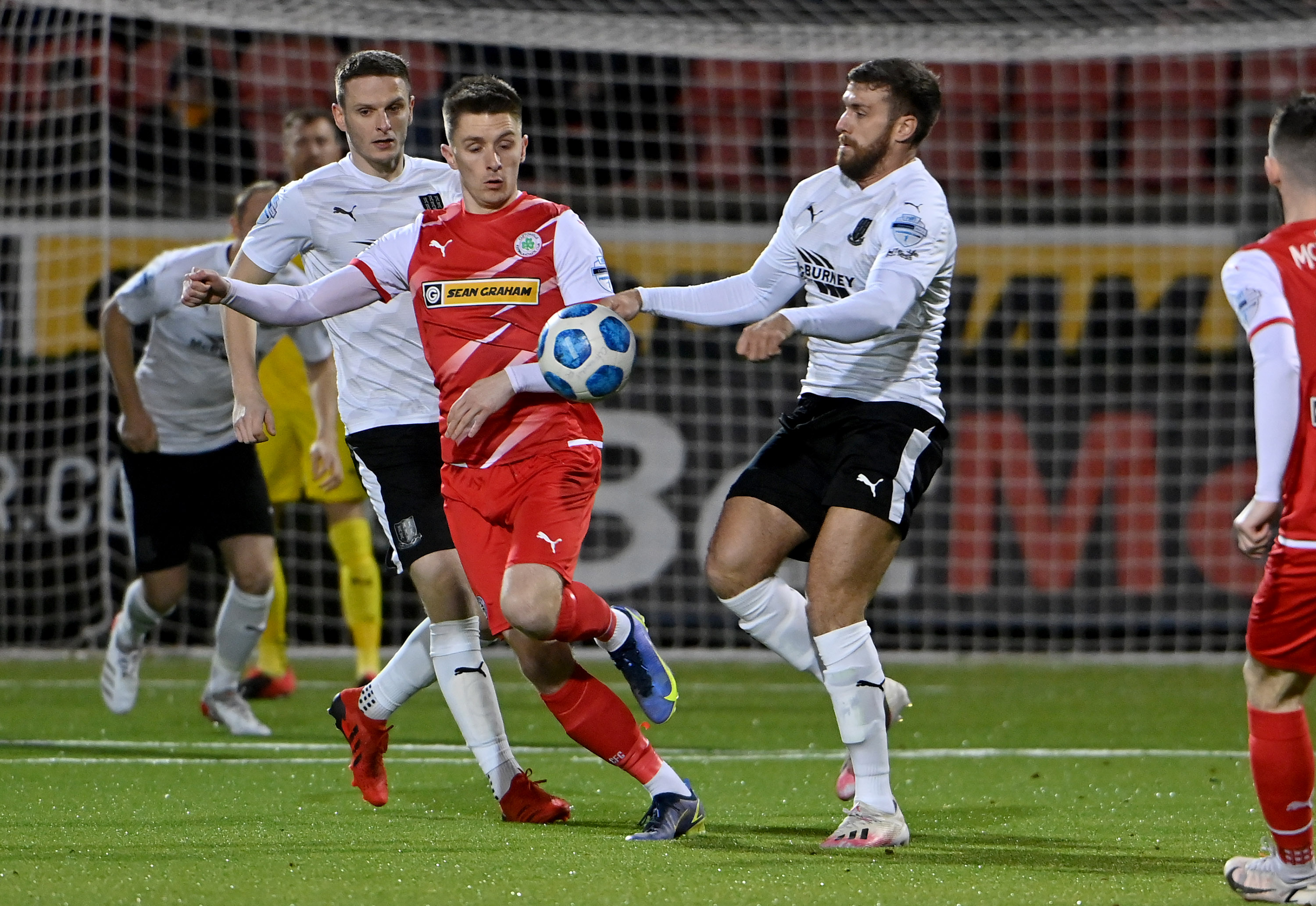 Ballymena United exited the BetMcLean League Cup at the semi-final stage after suffering a comprehensive 3-0 defeat to Cliftonville at Solitude on Tuesday evening.

The opening exchanges of the second meeting in ten days at Solitude between the teams was a cagey affair. Chances weren't following for either team, with both sides putting a number of balls into the box, but both Jordan Williamson and Luke McNicholas were out to collect the majority of them.

As the half went on the Reds began to dominate the midfield battle with plenty of space to operate, but despite creating very little with their possession, a slice of fortune saw Cliftonville go ahead on twenty-seven minutes. As the hosts attacked down the right side, Joe Gormley's hopeful low ball from the touchline somehow trickled its way into the box. It should've been met by Paul O'Neill, but he took a swing and a miss at the ball, throwing Williamson and United off and allowing the ball to fall kindly to Ryan Curran who slammed home.

Following the goal Ballymena began to look all at sea as Cliftonville chased a second. First, Luke Turner had a shot shot from a corner blocked in amongst a sea of Ballymena bodies, before O'Neill cut in and unleashed a shot from distance that flew inches over the bar. In the final five to ten minutes of the half Ballymena had their best spell as finally they began to pose some questions to the host's back line. After a couple of corners Andrew McGrory dragged a shot well wide from outside the box, but that turned out to be Ballymena's best chance of the night, rather summing up the evening.

Any hopes Ballymena harboured of levelling before the break went on forty-three minutes as Cliftonville had the chance to double their lead from the penalty spot. A mix up between McGrory and Williamson allowed Gormley to pounce on their hesitancy, before he was brought down by Williamson, despite the 'keeper seeming to get the ball first. Ryan Curran stepped up and dispatched his penalty down the middle to double his and Cliftonville's goal tally at the break.

Despite being way off the performance shown against Larne on Friday night, Ballymena probably could've counted themselves unlucky to be two behind at the interval, but the second half was almost a non event as Cliftonville played in second gear against a Sky Blues side that had nothing to offer.

The tie was all but settled seven minutes into the half as Joe Gormley added a third. Levi Ives switched play to Conor McDermott on the left, and he laid off Gormley in the box, whose off balance finish was too strong for Williamson as he helped it into the roof of the net in front of Ballymena's large travelling support.

The final half hour took on the feel of a training match in truth with Ballymena unable to create anything to trouble Cliftonville, who were more than happy to cruise through the remainder of the game.

David Parkhouse was brought on after the third goal, as well as Sean Graham making his reappearance late on, but neither could help turn the tide.

As Cliftonville allowed Ballymena more possession as the half went on, they were left frustrated as a number of long balls were cut out effectively by those in red. Late on Conor Keeley narrowly missed being on the end of a corner, before Wilson headed wide from another set piece.

In the dying embers Gormley should've added a fourth when he found himself free at the back post, however he lifted his effort over Williamson and the crossbar, but it would make little difference as Cliftonville eased past a very off colour United to set up a final date with Coleraine.