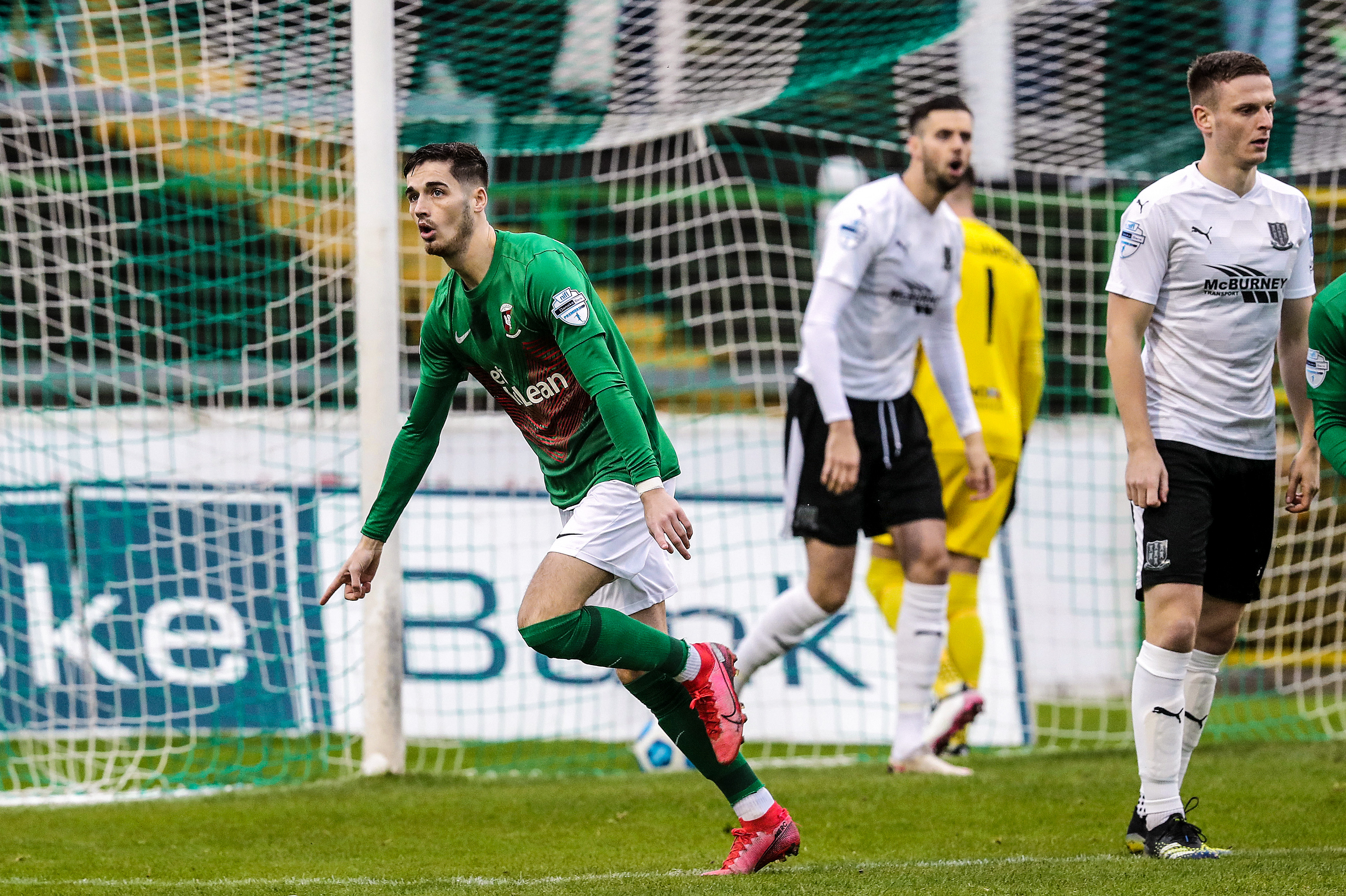 Two goals in either half saw Ballymena United suffer a comprehensive 4-0 defeat to Glentoran at The Oval on Saturday afternoon.

David Jeffrey went with an unchanged side to the one that impressed as they progressed past Linfield at the quarter-final stage of the BetMcLean League Cup during the week.

United were looking to right the wrongs of a heavy 4-1 defeat in East Belfast early on in the season, but those hopes took a blow just forty seconds in when the Glens grabbed an early lead. Bobby Burns found Seanan Clucas down the left flank and his low ball into the box somehow wasn't dealt with by the visitors, allowing Jay Donnelly to side-foot the ball home from close range.

Similarly to Tuesday night, the Sky Blues reacted well to falling behind early on, as they went on to control large parts of the half. Leroy Millar headed over on eight minutes, before a corner fell to Paul McElroy, but as his shot looked certain to go, Patrick McClean somehow cleared off the line.

Glentoran's first half openings consisted really of the goals and one huge chance that came twenty minutes in. The over the top ball was working well and Conor McMenamin used his pace to power past Ross Redman, but Redman recovered well to make an outstanding tackle to keep McMenamin out. The aftermath saw the ball fall to Robbie McDaid, but when he looked certain to score Jordan Williamson denied him with a great save via an outstretched leg.

Jude Winchester was again playing a substantial role in Ballymena's growing attacking presence in the game, so it was a blow just twenty-six minutes in as he was forced off through injury. He was replaced by Brendan Barr. Barr would go on to play a part in a slick United move that saw a lovely ball in behind from the Derry City loanee find Kenny Kane, but Kane's dangerous ball into the middle was well cut out by a green shirt.

On thirty-three minutes Ballymena came agonisingly close to an equaliser that would've been the least they deserved. The skipper Millar picked the ball up on the left and eased his way into the box with a driving run through a number of Glens players, before seeing his flashed shot go past the far post by a matter of inches.

The injury of Winchester, and another one for Luke McCullough, that saw the former Northern Ireland international stretchered off, saw the first half go into eight minutes of added time, and in the eighth of those United switched off for the second time in the half to fall 2-0 behind. The problems came down Glentoran's left hand side again, and as a slip from Conor Keeley allowed McMenamin to cross, his ball found Jay Donnelly in far too much space in the box.

The striker composed himself well to fire home his second, as Ballymena, who would've felt level at the break was the least they deserved, found themselves two down to two sucker punches early and late on.

Ballymena made their second change of the encounter at the break as Keeley made way for the return from injury of Dan Bramall.

Having looked good in the first half but for falling asleep twice, the Glens' late second in the first half seemed to knock the stuffing out of United, in a laboured second half showing. The Glens' looked comfortable throughout the half and McMenamin went close to a fantastic goal as a looping half volley from all of thirty yards dipped just over.

By this point McMenamin was a class above the rest and he came close to adding his name to the score sheet, as he saw a bit of twisting and turning allow him space for a shot, but Redman blocked well. From the resulting corner the hosts almost made it three as Donnelly looked to complete his hat trick, but he saw a header come back off the woodwork, before United cleared their lines.

As the game entered its final twenty minutes, Ballymena enjoyed their first spell of any real attacking threat in the half, but had little up their sleeve to work former 'keeper Ross Glendinning. Those efforts to get back into the game were soon in vain, as Conor McMenamin put the game to bed with a deserved goal. Caolan Marron was given the freedom of the city to charge down the left deep into United territory, and despite his shot being blocked by Donnelly, it feel nicely for McMenamin who drilled his effort into the roof of the net from just inside the box.

As the game petered out late on, Glentoran still found time for a fourth in added time. Shay McCartan came off the bench after a lengthy spell on the sidelines and after he broke forward and cut the ball back from the byline, it was met by fellow sub Ben Cushnie who squeezed the ball past Williamson as Glentoran hit United for four for a second time this season.