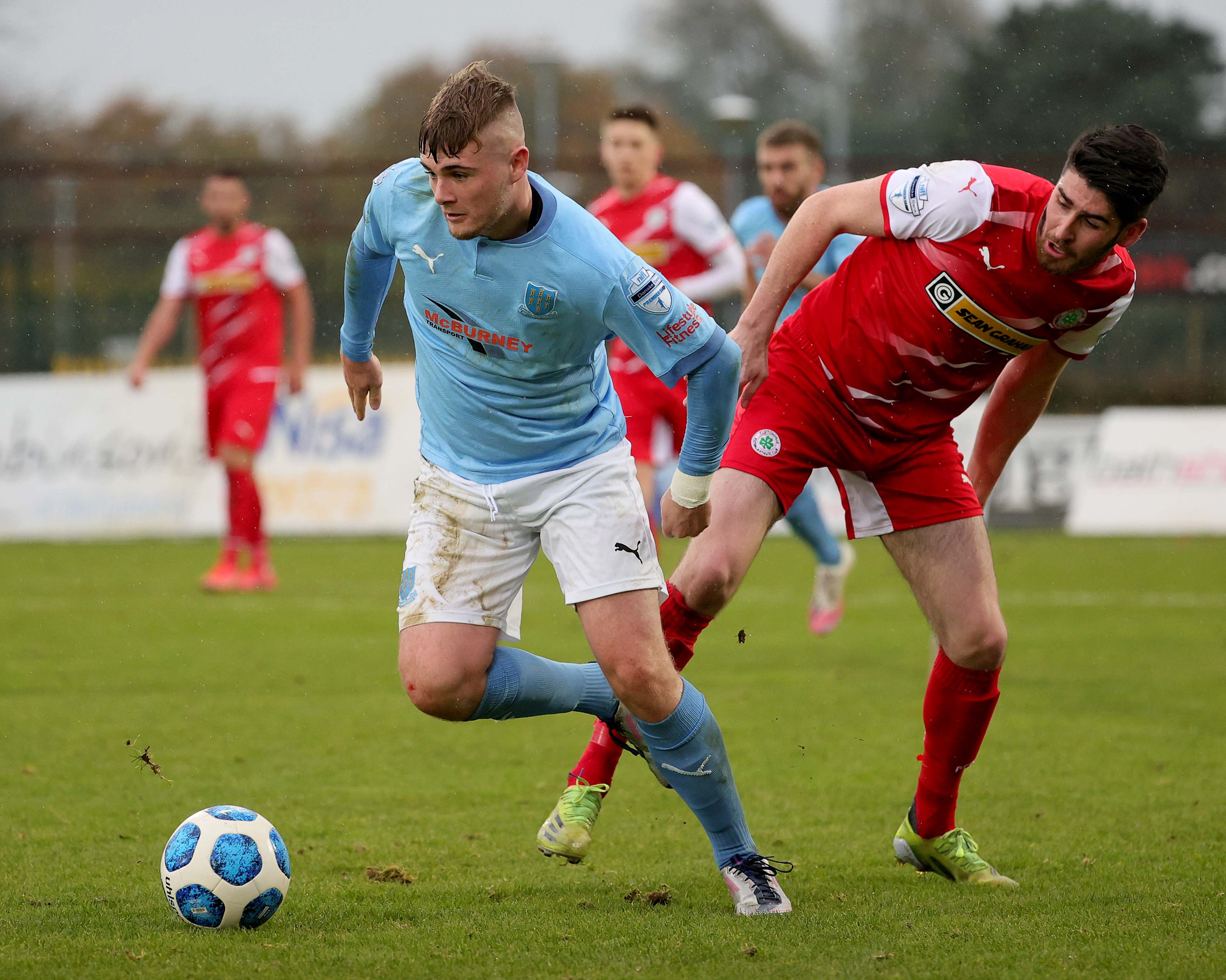 After a poor showing during the week in the Co. Antrim Shield, United made three changes on the return to league action, including a rare start for Kenny Kane up top.

If David Jeffrey was after a reaction to Tuesday's dismal second half display, he certainly got it as Ballymena came out of the blocks quick. The hosts almost took the lead on seven minutes with Ryan Waide doing well to hook the ball into the mixer from the byline, and Kane was unlucky to not turn it home on the stretch.

Cliftonville's first chance fell on eleven minutes with their first real attacking venture into United's half, but Jamie McDonagh's rasping strike flew just wide. A minute later the Reds easily could've been ahead against the run of play when Joe Gormley slipped Ryan Curran in neatly, but one on one with Jordan Williamson, it was the 'keeper who came out on top.

Despite clear cut chances being few and far between, Ballymena continued to hugely impress as the half went on, and on thirty-one minutes they upset the table toppers by going in front in style. It came from a through ball of the highest class from Waide who, from deep inside his own half, played a stunning ball through for Kenny Kane. The forward nipped in front of Aaron Donnelly and carried the ball to the edge of the box, where he curled a delightful effort past Declan Dunne into the bottom corner for his first league goal in Sky Blue.

The home side were close to going 2-0 ahead just five minutes later when Ross Redman, a rock at the back all game, hung up a corner that was met on the volley inside the box by Conor Keeley, but his fine effort hooked just over the bar. While Ballymena looked like a completely different side to the one that lost on Tuesday night, Cliftonville were well off the pace all over the park and with the last action Kane went close again, cutting in well to get a shot away on the corner of the box, but it was straight at Dunne, as United took a richly deserved lead to the interval.

After their attacking did the talking in the first half, the second half became a bit of a survival test for the Sky Blues as Cliftonville threw the kitchen sink at them, but anchored by exemplary displays from Keeley and Caolan Loughran, United stood firm.

The first chance came ten minutes in when Chris Gallacher's ball in was flicked goalwards by Rory Hale, but Williamson did well to save. Andy McGrory tested Dunne with a sighter after a tidy solo run, but it was one of Ballymena's few chances as the visitors continued to attack. On sixty-two minutes Ryan Curran challenged Williamson for a ball in the air, and after no foul was given, Cliftonville had to equalise from the rebound, but Ronan Doherty somehow fired over.

The skipper Hale was causing problems and when Gormley cut the ball back to him on the edge of the box, he looked destined to score before Keeley arrived with a top drawer tackle to clear the danger. Further chances for McDonagh and Gormley came and went either side of Jonte Smith's introduction for United, but on seventy-one minutes Ballymena rode their luck again as Gormley missed a sitter. After Curran found himself through, the outstanding Williamson saved again, but when the recycled ball fell to Gormley, he incredibly slotted the ball wide with the goal gaping.

As the defence continued to perform admirably, at the other end Smith almost wrapped up the points for Ballymena. A long Williamson clearance went right the way through to Smith who latched onto the ball, but on the half volley from a tight angle his shot was kept out by Dunne at his near post. Then, on eighty-eight minutes, Smith was almost in to score in bizarre circumstances. Another long ball went through to Dunne, but under no pressure whatsoever he spilled the ball twice, and Smith was a split second away from arriving to tap the ball home, only for Dunne to finally recover.

The final five minutes were far from an easy watch, but every Cliftonville ball in seemed to be met by a United head, before Curran struck inches wide in the final seconds, as Ballymena saw it through. A fantastic first half display from the men in Sky Blue was matched by a dogged and gritty defensive shift in the second half, as Ballymena inflict Cliftonville's first defeat this season in an impressive showing.