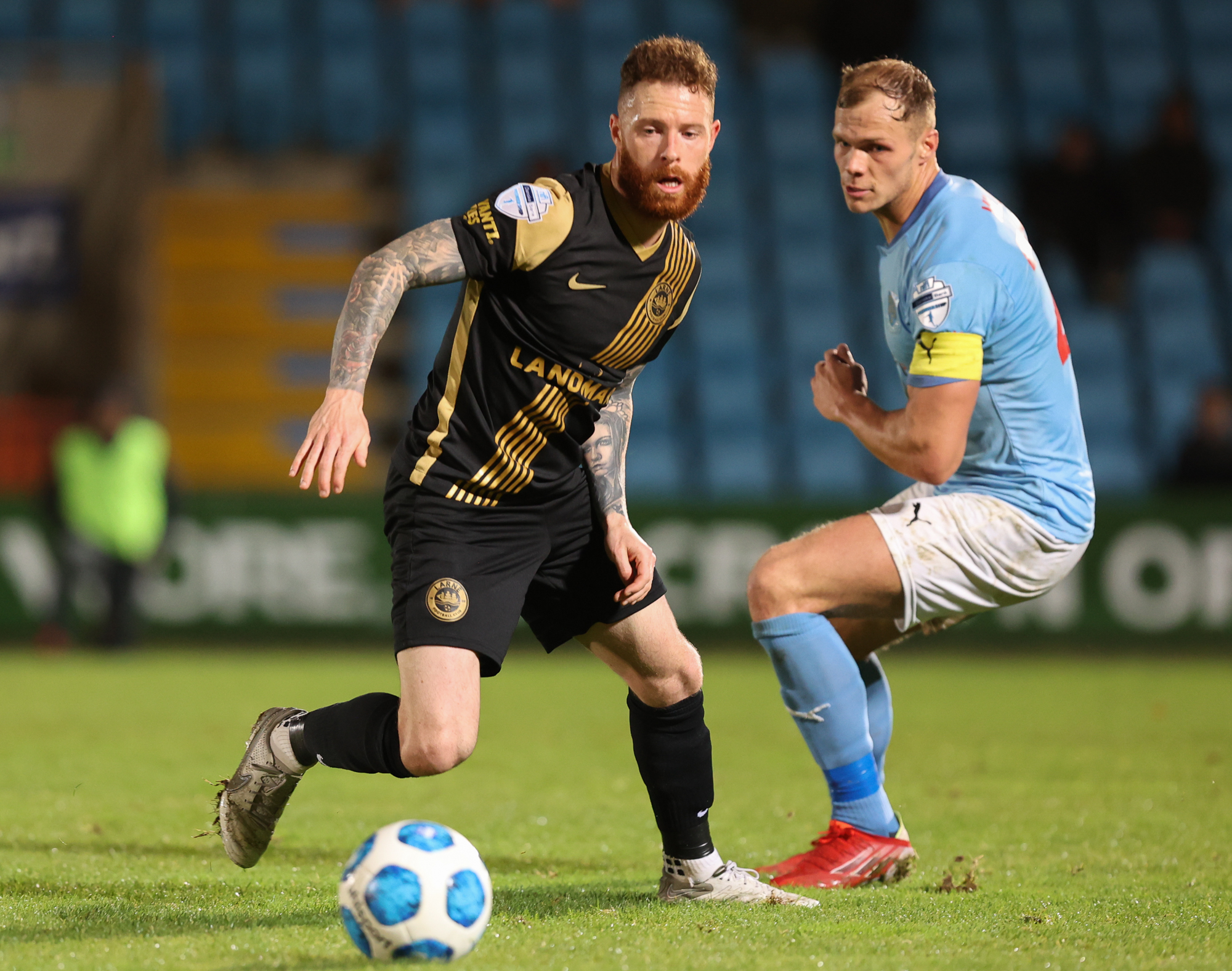 Ballymena United's Toals Co. Antrim Shield campaign ended in a whimper as they were heavily beaten 4-0 by Larne at the Showgrounds on Tuesday evening.

Following back to back wins in all competitions, David Jeffrey opted for four changes for this one, including a first start for Brendan Barr and a return to the squad for Steven McCullough.

United would've expected it tough against their full time opposition, and it was a nightmare start as Larne took the lead just six minutes in. After a corner cleared the box, Kofi Balmer recycled the set piece with a cross that was met by Ronan Hale, and after his header was saved by Jordan Williamson, John Herron was there to put home the rebound from close range.

Following the opener, the visitors began to dominate the early stages, without really creating a great deal. When the chances did come, Williamson, in his 50th Sky Blue appearance, did well to keep out first Hale from distance, and then Herron after his snapshot in the box.

After a ropey opening twenty-five minutes, the hosts began to grow into the game as it progressed, with the Larne back line under pressure for the first time all game. Andy McGrory couldn't quite get anything on an inviting Ross Redman cross, before great work from McCullough and Leroy Millar ended with the latters ball in headed on target by Jonte Smith, but Michael Argyrides saved comfortably.

Building on their growing pressure, McGrory almost drew United level in unlikely circumstances when his corner almost went straight in at the near post, with Argyrides forced to bat it away, but after Andy Scott put a good chance over at the other end, Larne found a second against the run of play to make Ballymena's task all the harder. Larne had been able to find a concerning amount of space in their attacking third for much of the half, and this time an abundance of it allowed Andrew Scott to try his luck from distance, and his fabulous strike curled past Williamson, as the Invermen took a two goal lead to the break.

There was a change at the break for the Braidmen as Conor Keeley came on in place of McCullough in United's back five, with Redman moving back out to the left side after featuring as a centre back for most of the first half.

It was a fairly quiet start to the second half, with Larne's second goal seeming to take the sting out of Ballymena's bright end to the first half. When either side could muster up some action in a box, it was Larne who provided it and it resulted in their third goal to put the tie to bed. United were again undone from a corner, but this time in rather unfortunate circumstances. Lee Lynch saw his header from the corner headed off the line by McGrory, but his clearance fell to Ronan Hale and his acrobatic effort came off the post and hit Williamson to take it over the line for three.

The final half an hour in truth looked like a Larne training session with the visiting team not having to get out of second gear against a United side who looked down and out. Williamson made a good stop to keep Ben Doherty at bay after he'd been slid in by Lynch, but Ballymena were offering nothing to try and cut the deficit and with six minutes left Larne had a fourth.

Navid Nasseri and Hale combined well down the left and after Nasseri saw his effort saved by Williamson, Ronan Hale was on hand to deal with the scraps as he hammered home the rebound to compound United's misery.

Referee Raymond Crangle brought play to a close before the clock had even reached ninety minutes, but United fans won't have minded as a spirited first half performance was matched by a hugely disappointing second half to condemn the Sky Blues to a humiliating derby beating.