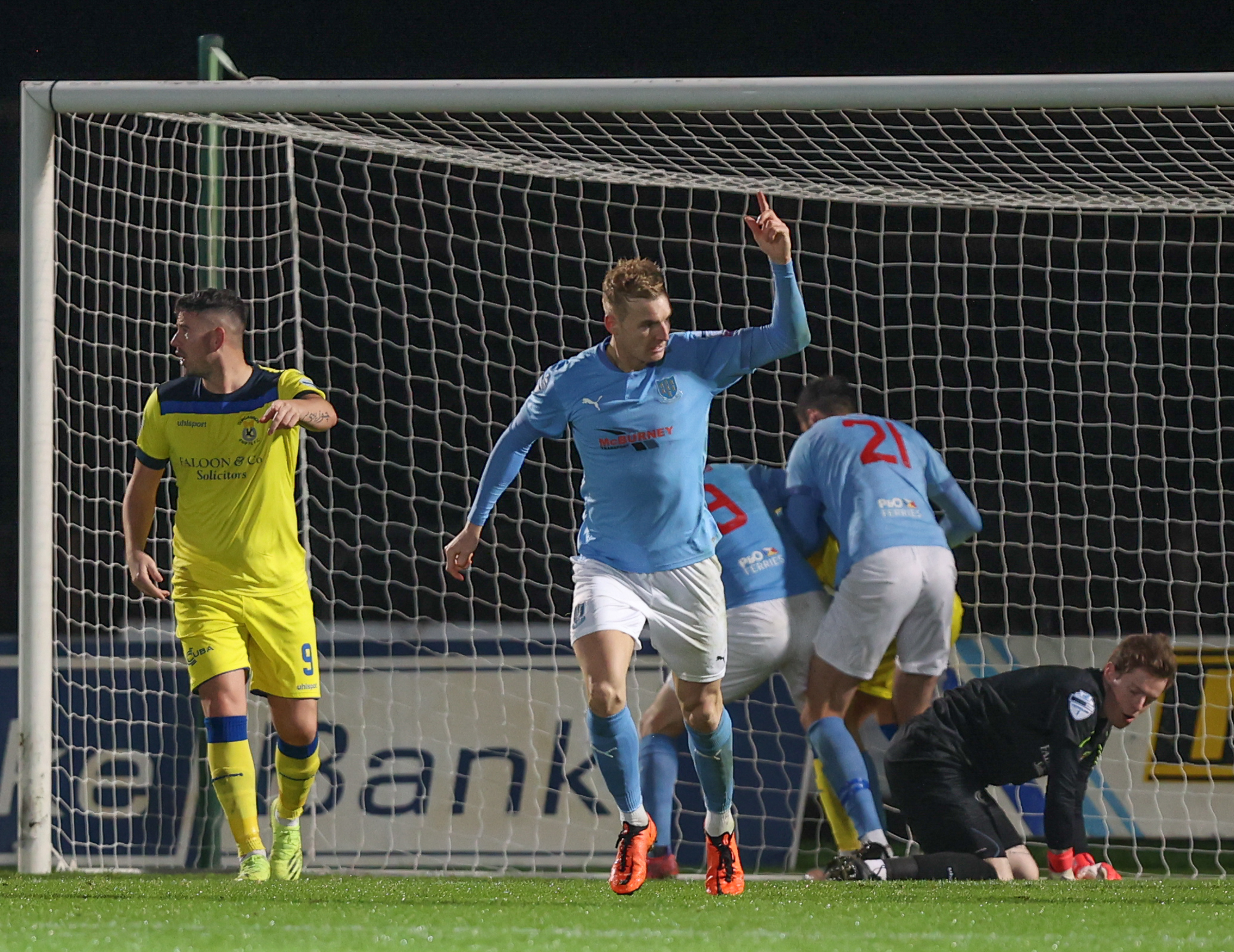 Ballymena United have their first league win on the board after coming from two goals behind twice to beat Dungannon 4-3 in a pulsating game at The Showgrounds on Tuesday evening.

United's second home game of the league season saw two changes from the side that was humbled by Coleraine on Saturday, as Caolan Loughran replaced the injured Conor Keeley and Jonte Smith made way for Steven McCullough.

Ballymena fans probably thought things couldn't get much worse after the derby day defeat, but a shocking first half showing rivalled it in all honesty.

Dungannon came out well with their possession based brand of football working well. Rhyss Campbell fired over early on, before the same man crossed for Joe McCready who could've scored with a clean contact, but a poor connection saw him fired wide.

With twenty-eight minutes gone the Swifts took a deserved lead. Ethan McGee got himself in down the wing, but after his first shot was blocked, it fell back to McGee who slotted into the far corner.

The hosts had Jordan Williamson to thank for preventing it from being 2-0 just three minutes later. Campbell fired a low ball across the six yard box and Darragh McBrien got on the end of it, only to be denied by a stunning save, before United somehow cleared their lines in a scramble.

With five minutes to go to half time it was 2-0, and Ballymena could've had no complaints. Joe McCready who left The Showgrounds in the summer, was fed the ball on the edge of the box, and after holding off Owen McKeown, he curled a quality effort past Williamson.

Before the half time whistle it should've been 3-0 when Ryan Mayse was played in over the top, but Williamson made another fine stop, as a disastrous first half saw Ballymena two down at the break.

With David Jeffrey having to do something at the break to turn the match around, Lee Chapman and Jonte Smith were introduced, and it was a stroke of genius as both produced outstanding second half displays.

The away side were the first to go close in the half when a stinging McBrien shot from twenty-five yards was well held by Williamson, and shortly afterwards United had a goal back from nowhere. Ross Redman was back to his delivering best as he swung a corner in, which was met by Christopher Rodgers who headed home his first goal since his Ballymena return.

The United fans joy was short lived as another Dungannon goal brought more boos in the home end seven minutes later. Mayse played in McCready who saw his shot stopped by Williamson, but the ball rebounded to Rhyss Campbell who easily tapped in Dungannon's third.

By this point Ballymena were all at sea and with the back line nowhere to be seen, McGee burst in like a hot knife through butter to surely make it four, but an awful second touch saw the ball run through to Williamson.

On sixty-one minutes another corner provided another goal as Ballymena gave themselves hope once more. This time Redman's cross was met by the other centre half, as Caolan Loughran was there to nod the ball home to mark his first goal since coming back to Warden Street.

Five minutes later Loughran turned provider to bring United level. The centre back took a free kick inside his own half and launched it towards the box. Swifts 'keeper Alex Moore decided to come along way for the ball, and it proved a poor decision as skipper Leroy Millar got their first to brilliantly loop a header in from the edge of the box.

McCullough almost had Ballymena in front when he drilled a shot wide at the back post, but on seventy-four minutes, with the United fans now fully behind the team, Ballymena completed a simply unbelievable comeback as they moved in front. If Ballymena's defending had been poor in the first half, Dungannon's was right there with it in the second as Redman's ball in caused a mix up between the centre half's and goalkeeper, and it looks as if Smith, a constant threat in the second half, got the final touch ahead of Adam Glenny, who couldn't keep the ball out on the line despite his best efforts.

After an intense half hour in the second half, the game died down for the final fifteen minutes, with neither side really coming close and the only flash point a lengthy scuffle that stemmed from a poor James Knowles tackle, with Ryan Waide booked in the aftermath.

In the end, Ballymena saw out the game comfortably to nick a seven goal thriller, that saw them turn a pretty awful first half display into an impressive and gritty second half showing to end up with a vital first three points.