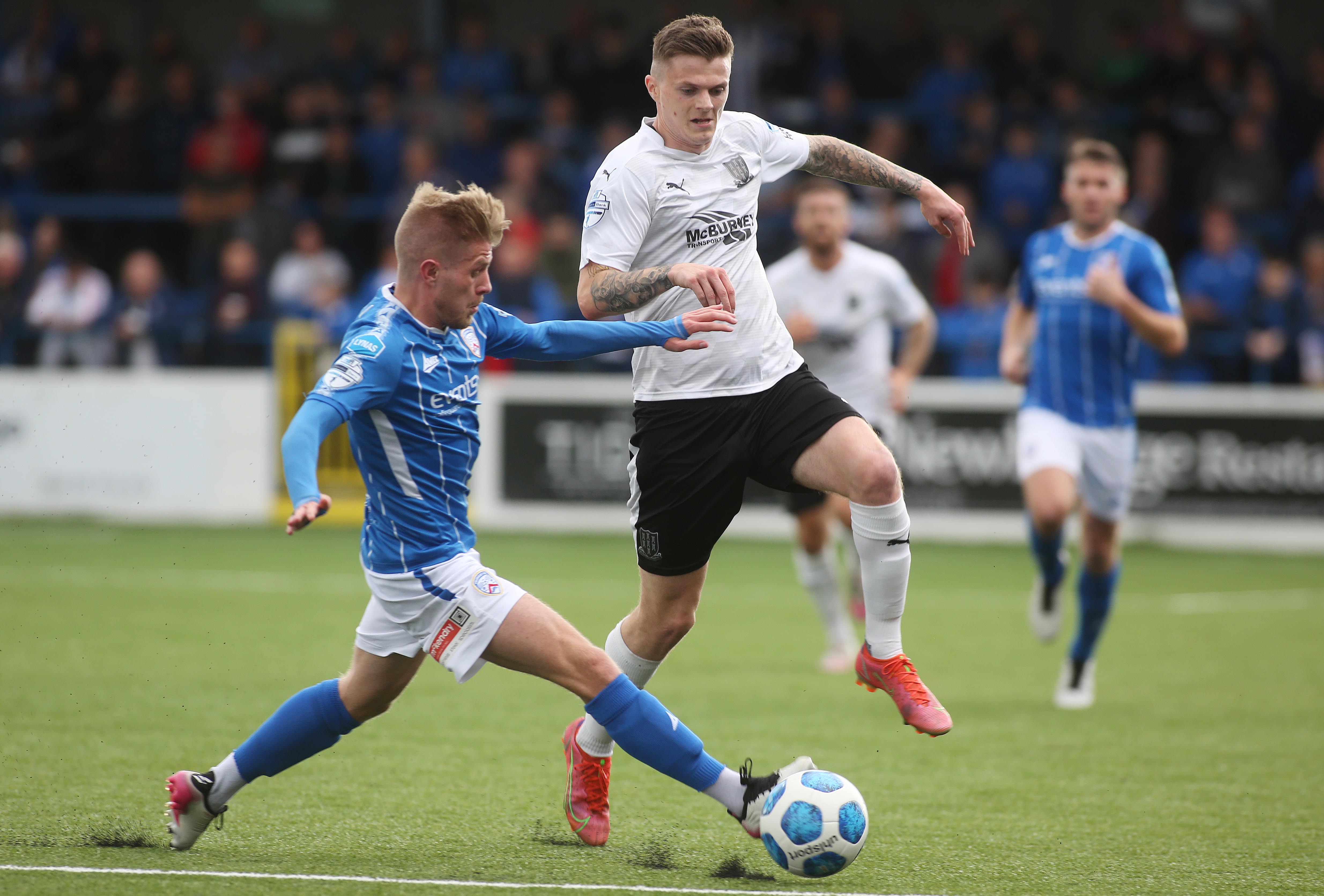 Ballymena United's wait for a league win this season goes on after they were comfortably beaten 3-0 by Coleraine on derby day at the Coleraine Showgrounds.

There were a couple of changes from the side that advanced in the Toals Co. Antrim Shield during the week, with Jack Henderson and Kenny Kane making way for Jude Winchester and Paul McElroy.

It was the first match on Coleraine's newly installed 4g pitch and it was the hosts enjoying the surface in the first half with the vast majority of the ball. On six minutes Jordan Williamson had his first shot to deal with when Josh Carson cut in and shot, but despite a dodgy bounce off the pitch, Williamson held well.

The 'keeper could do nothing however shortly afterwards when Lyndon Kane sent a stinging half volley goal wards, but a watching Williamson was relieved to see the ball fly just wide. The visiting team were struggling to get a hold of the ball and Coleraine continued to come at them. Williamson did well again to keep out a sweet Stephen Lowry strike, before the 'keeper easily held an Eoin Bradley effort.

Twenty minutes into the first half referee Christopher Morrison hit the deck after suffering an injury, and after lengthy treatment he went off, with Fourth Official Steven Gregg stepping in.

Not long after the delay the Bannsiders took an inevitable lead. A cross from Aaron Traynor fell to Bradley and after a bit of a scramble the ball arrived at the feet of ex-United man Matthew Shevlin, who finished from close range in front of the away support.

Unable to get in the positions to create and a goal behind, Ballymena's trip got worse just before the break when yet more injury woes hit, as Conor Keeley was forced off. He was replaced by Steven McCullough, who made a welcome return to action for the Sky Blues after a lay off of nearly a year. In the middle of eight minutes added on United came as close as they had all day when Leroy Millar headed wide from a corner, but it was Coleraine ahead at the break.

Coleraine started the second half well and could've went 2-0 up when Bradley played in Shevlin, but he was thwarted by a very timely toe on the ball from the now centre back Ross Redman.

Around the hour mark Ballymena had probably their best spell of the game as they were able to get a bit more of a foot on the ball. Ryan Waide was showing promise down the left flank and he did well to work a dangerous cross to the back post. Jonte Smith was waiting to nod the ball home, but he was denied the chance by good defending from Traynor under his own crossbar.

Williamson was doing his best to keep the Braidmen alive and was alert to get a ball across goal from Jamie Glackin out of harms way, before the stopper made an outstanding stop to keep the same man out from a low free kick.

With fifteen minutes left United's resistance of conceding a second goal was broken by Eoin Bradley who made it two. Gareth Deane pumped a ball forward and it was headed on by Glackin into the path of Bradley who did the rest, firing an unstoppable half volley from the edge of the box past Williamson.

The Sky Blue crowd were heading for the exit doors with eight minutes left when their misery was compounded by a third Coleraine goal. Lowry was slipped in down the right and his ball across goal found sub Cathair Friel in acres of space, and he marked his first game against his old side by slotting the ball under Williamson, to condemn United to a deserved defeat on the Ballycastle Road.