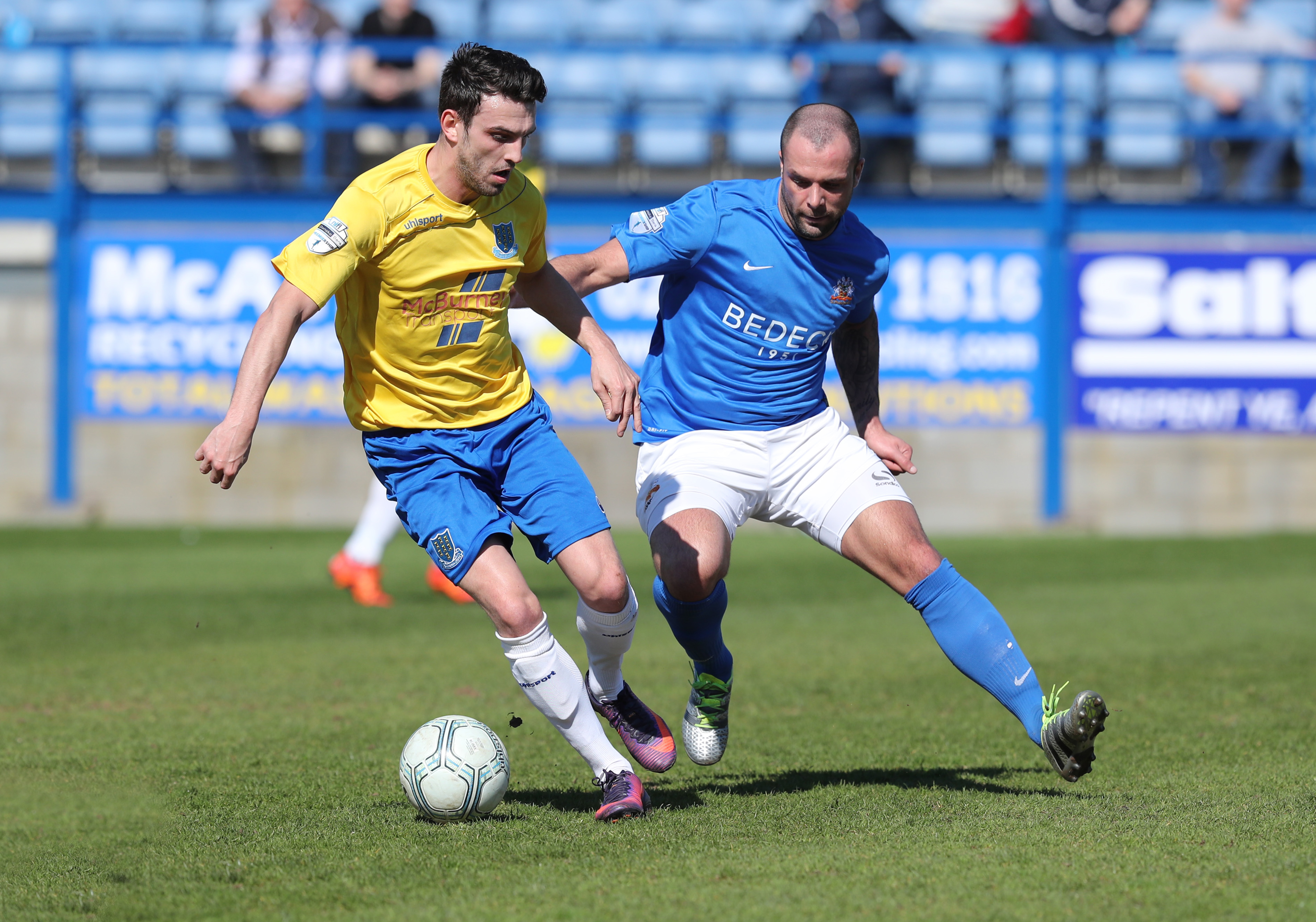 Ballymena United continued their poor run of form against Glenavon this afternoon, going down 3-0 at Mourneview Park.

The visitors showed their intent right from the start, Johnny McMurray taken down at the corner of the box, but Leroy Millar's floated cross was cleared by the Glenavon defence. It wasn't long before the home side came into the match, winning a corner in the 5th minute but it was easily dealt with by the United defence.

It wasn't long before the Lurgan Blues were on the attack again as 17 year old Jordan Jenkins had a chance but his volley went well wide of the mark. United were struggling to get out of their own half and Jim Ervin was forced into a good tackle on James Gray, the resulting corner gathered by Tim Allen.

When United finally got a hold of the ball, McMurray broke down the left side but is cross was easy for Jonny Tuffey to collect. With 17 minutes on the clock Glenavon won a free kick around 30 yards from the goal, but Allen showed his worth and saved Rhys Marshall's shot easily. The ball was swiftly moved to the other end and McMurray turned in the box but dragged his shot wide.

Within a minute McMurray had another chance, looping a shot from 40 yards out but sending it just over the bar. In the 24th minute Allan Jenkins took a shot which was deflected for a corner, but again it was easily dealt with by the back line.

Just after the half hour mark James Singleton sent a cross from deep but Andy McGrory headed wide. It was 43 minutes before the deadlock was broken, Jordan Jenkins sticking the ball into the net after United had failed to clear from some neat play by Chris Turner and Marshall.

The home side came out firing on all cylinders in the second half, Allen called into action to tip a Jenkins effort over the bar for a corner, Turner crossing in to Gray at the back post but Allen saving from point blank range. In the 50th minute United had a corner but it was another chance wasted. Punishment came just two minutes later as young Jordan Jenkins doubled the lead, meeting a McGrory cross from the right wing with a volley straight into the back of the net.

Manager David Jeffrey made his first change of the game with 61 minutes on the clock, bringing on Neil Lowry to replace Fra McCaffrey. Almost immediately United had a corner which Kyle Owens glanced just wide of the left post. It was nearly another goal for Glenavon when substitute Andy Hall made a quick break and delivered an excellent cross, Jenkins just inches away from making contact. As the Sky Blues tried to get back into the game, they won a free kick on 68 minutes which was deflected for a corner, which again was easily cleared.

With 10 minutes left in the game, United had another chance from a free kick after Joe McKinney was brought down, but once again it was easily dealt with by the Glenavon defence. Substitute Greg Moorhouse wrapped up the points in the 83rd minute after a great run from Marshall ended with him being crowded out but Moorhouse was ready to pounce with a clinical finish.