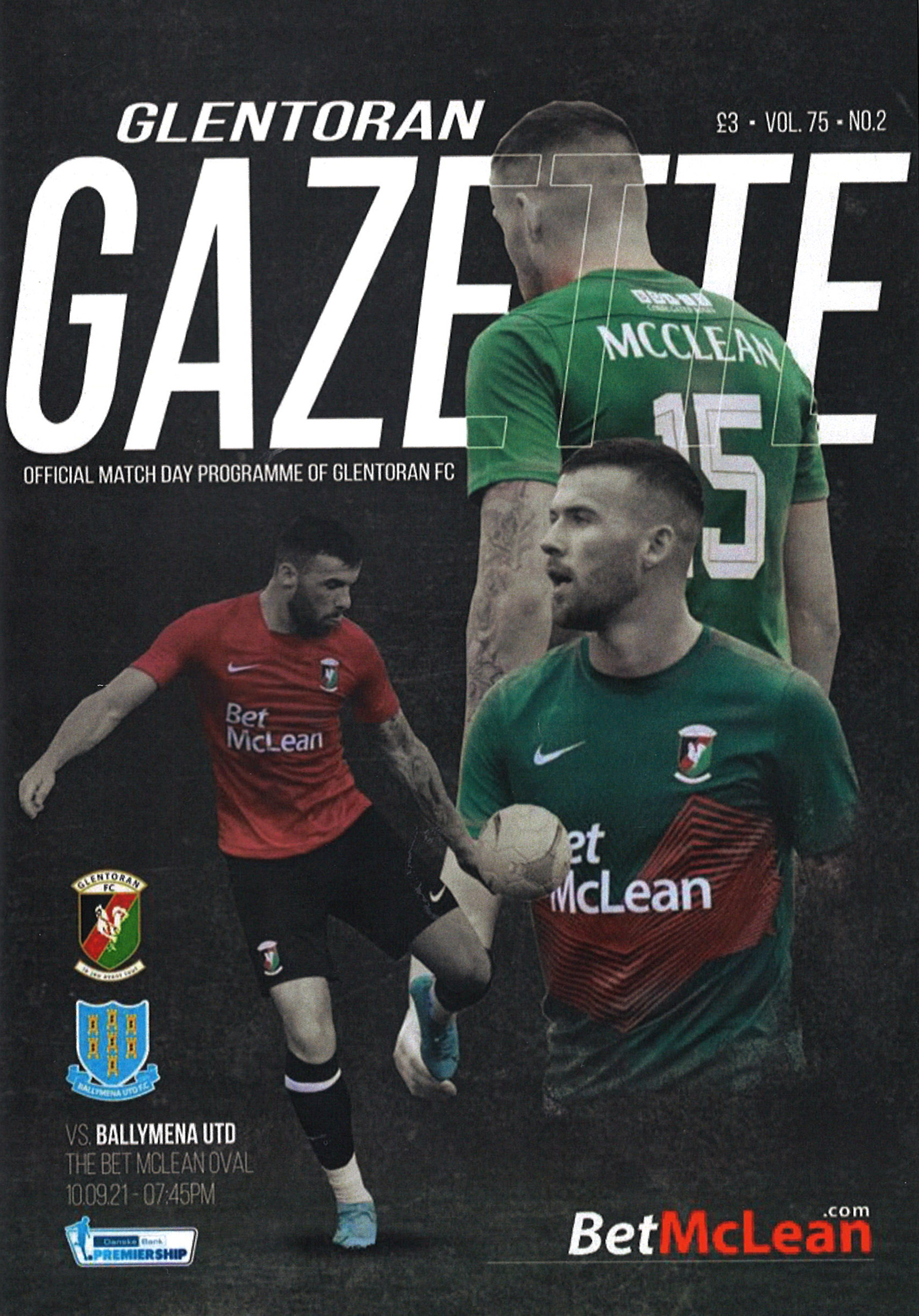 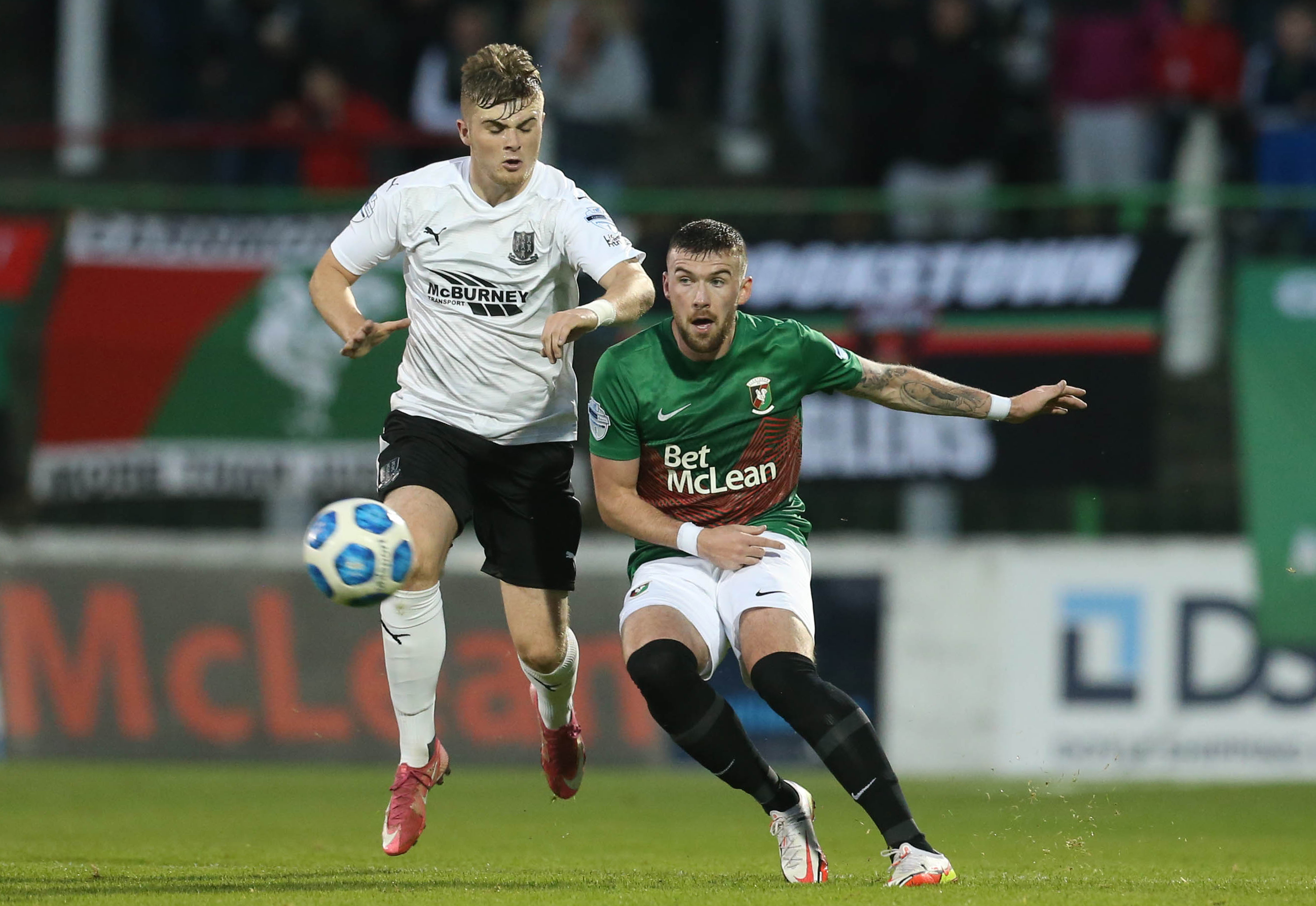 A Conor McMenamin hat-trick helped condemn Ballymena United to a heavy 4-1 defeat at the hands of Glentoran at The BetMcLean Oval on Friday night.

United made three changes from the side who lost on the opening day in Warrenpoint, as Caolan Loughran, Jude Winchester and Ross Redman replaced Chris Rodgers, David Parkhouse and Dougie Wilson.

United made the trip to Belfast looking for their first points on the board this season, and started well against their big spending opponents. However, after a toe to toe opening fifteen minutes the hosts opened the scoring from nowhere. Sky Blue man of last season Shay McCartan picked out Rhys Marshall on the right hand side, and after he got the better of Dan Bramall, he crossed for Robbie McDaid who headed home unmarked at the back post.

The opener started a bit of a Ballymena wobble and five minutes later the home side made it 2-0. Patrick McClean's long clearance forward was latched onto by the pace of Jay Donnelly, who headed it on to Conor McMenamin. From there, McMenamin made his way into the box before firing home off the near post of Jordan Williamson.

With United well and truly on the ropes it could've been three when Marcus Kane headed a good chance wide from a corner, but with five minutes to go till the break the away side pulled a goal back against the run of play. The Sky Blues broke well down the left and it ended with Jude Winchester feeding Bramall in the box. Bramall chopped the ball back into the path of Paul McElroy and his low shot took a deflection to wrong foot Aaron McCarey. Ballymena ended the half strongly to put the game back in the balance at the break.

United started the second half fairly well and were limiting their hosts to very little going forward. Skipper Leroy Millar did well at the corner flag to keep the ball in play and find Lee Chapman, whose ball across goal was cut out just in time by the Glens' backline.

With half an hour left on clock one of the Glens' first meaningful attacks of the second half ended in the games fourth goal. A free kick floated into Ballymena's box eventually fell to McMenamin at the back post who took it down well before his shot took a nick off Ryan Waide and went through Williamson for 3-1.

On 70 minutes Ballymena's disappointing evening got even worse as McMenamin completed his hat-trick. Jay Donnelly spun Loughran with ease to race clear on goal, but after Williamson had done well to thwart Donnelly's chip, his save fell to McMenamin who tapped home into an empty goal, despite huge United protests for offside.

With the game now out of sight Ballymena could do nothing to really trouble Glentoran who could cruise home in second gear. The Braidmen made a quartet of changes, including an enforced switch as an injured Josh Kelly had to be helped off the pitch, to be replaced by Owen McKeown.

Late on sub Ruaidhri Donnelly flashed a shot wide and Williamson made a good stop to deny McCartan, before Marcus Kane rattled the post in injury time to see a bad night at the office for United end 4-1.