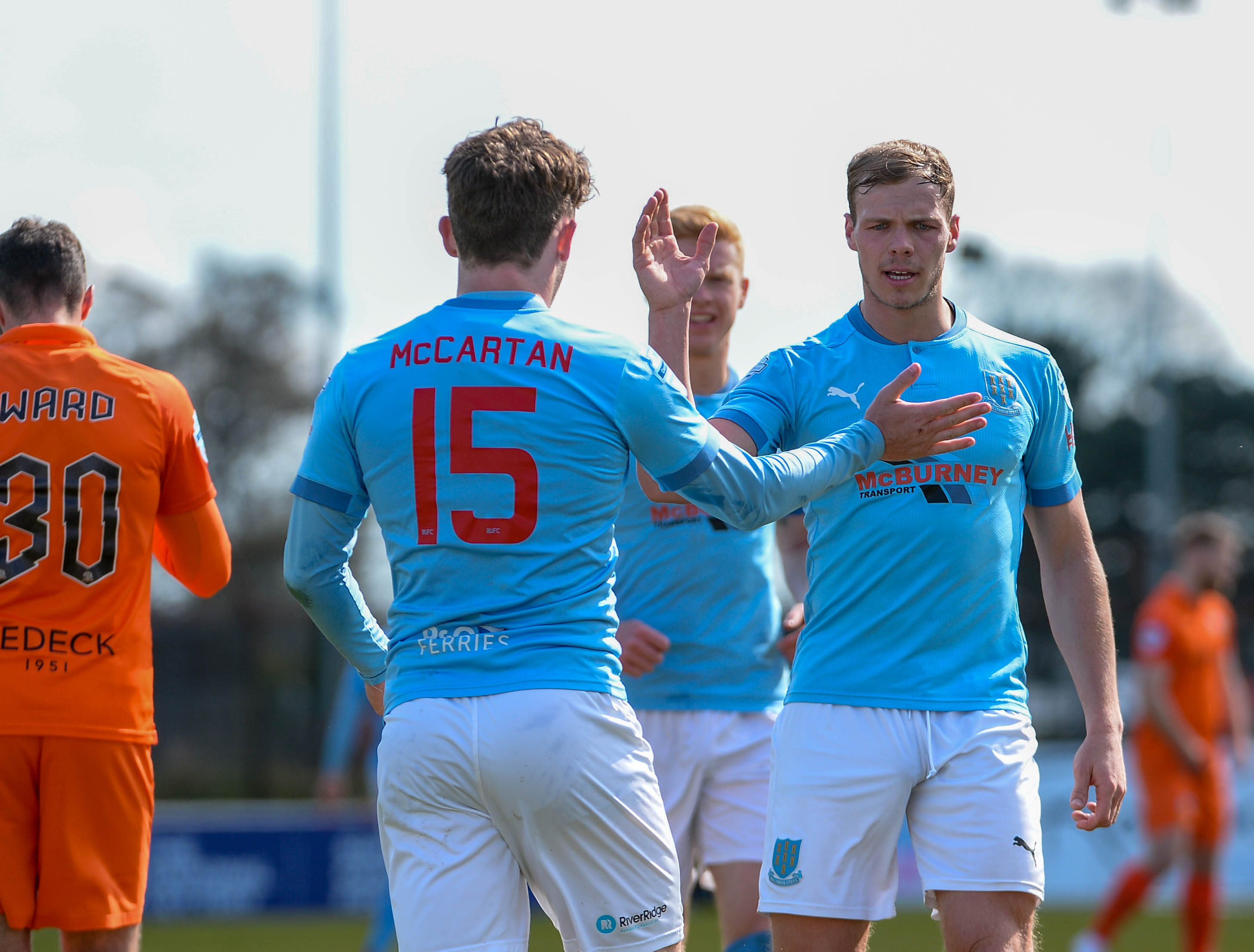 Ballymena United kept their European hopes very much alive with an impressive 3-1 win over fellow play-off chasers Glenavon at The Showgrounds.

United made no changes to the starting team that progressed to the second round of the Irish Cup in the week, with Jonny Addis returning to the bench after injury.

As Ballymena looked to put a poor recent record against Glenavon to bed, after a very quiet start to the game, the first chance came the host's way as Leroy Millar fired over after a quick break from Shay McCartan. Glenavon's first chance fell the way of Daniel Purkis, but his powerful header was well held by Jordan Williamson who had to move to his left to make the save, but those were the only chances of an eventless first half hour.

After Glenavon had a loud penalty appeal for handball quickly turned down by Keith Kennedy earlier in the half, The Lurgan Blues had a second appeal on thirty-three minutes even more emphatically waved away as Purkis found himself booked for diving. Glenavon had a good chance to work Williamson five minutes from the break with a free kick on the edge of the box, but Michael O'Connor's drilled effort went straight into the wall, and seconds later the men in orange found their voices again for another handball appeal in the box, but again the official's were uninterested.

In the final minute of the first half the Sky Blues came as close as they had done with two chances for McCartan. First, he was picked out by Andy McGrory, but his header was well saved by Craig Hyland. Not long after, McCartan had a free kick to end the half, and it was well tipped round the post, as the half ended goalless.

The second half followed the pattern of the first, with little happening at either end early on. Robert Garrett lined one up for the away side, but it flew well over, but on sixty minutes United took the lead with a moment of magic from Paul McElroy. Sean Ward tried to guide the ball back to his goalkeeper, but just like during the week, McElroy intercepted, and from an almost impossible angle, Paul McElroy stunningly sent the ball home off the far post.

The game had been threatening to boil over for a while and four minutes after the goal things did reach breaking point when James Singleton appeared to kick out at Josh Kelly, and after some scuffles Kelly and Singleton both saw yellow.

Ballymena had the chance to widen the gap ten minutes after their opener when they were awarded a penalty after Andrew Doyle brought down Kofi Balmer at the back post. After a slight delay, McCartan stepped up again and despite Hyland getting a hand to it, the penalty was too well into the bottom corner to keep out as Shay McCartan's fifteenth of the season made it two.

Ballymena made sure of a vital three points with a third ten minutes from time through Balmer. Ross Redman added yet another assist to his tally as his free kick was met by Kofi Balmer, who looped a top drawer header in at the near post.

Glenavon pulled one back three minutes from the end with a screamer from Calvin Douglas. After a few passes Douglas decided to try his luck and from twenty-five yards he unleashed an unstoppable effort past Williamson that crashed off the crossbar and in.
That was to be the final act of note in the game as Ballymena secured a crucial three points in the race for Europe with a fine second half performance.