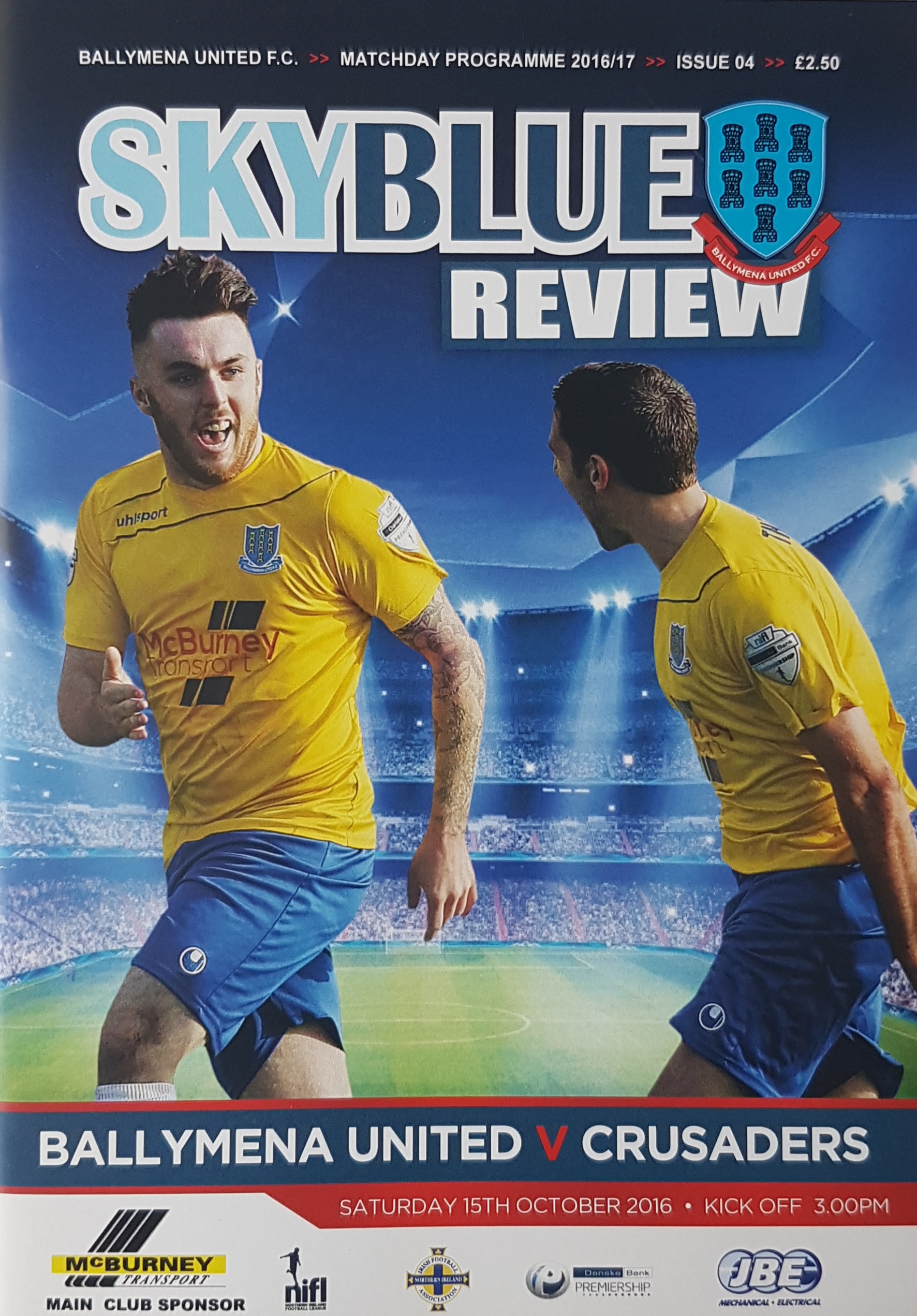 10-MAN Ballymena United downed league champions and leaders Crusaders at the Showgrounds through a late Colin Coates own goal.

The first 20 minutes was a reasonably quiet affair, with Daniel Wallace blocking a Crusaders half chance and Allan Jenkins just failing to get on the end of a cross. The game sparked into life on 26 minutes, when Crusaders went ahead, with former United player David Cushley doing well to fire in a low cross, which came off captain Jim Ervin and past Glendinning for an own goal.

Straight from the restart United threatened, as Johnny McMurray's long range effort was tipped over by Sean O'Neill. From the resulting corner, Kyle Owens had his header cleared on the line by Richard Clarke.

Just 4 minutes later, United were handed the chance to equalise when Cathair Friel was brought down in the box by Michael Gault. Tony Kane stepped up and calmly slotted the ball straight down the middle, to give him his 8th goal from the spot this season.

Glendinning was called into action quickly after the goal but saved well to keep the scores level at the break.
Crusaders applied most of the pressure at the start of the second half, as Cushley again got the beating off the United defence, but no one was there to convert his cross. On 69 minutes, Glendinning made another good save, this time denying Cushley from long range.

2 minutes later United's best chance of the half came when Tony Kane's free kick looked set to find Friel, but Jordan Owens managed to clear the ball just over his own crossbar. Ballymena were reduced to 10 men on 76 minutes, when Glendining was judged to have handled the ball well outside his penalty area and subsequently saw red. He was replaced by substitute goalkeeper Ben McCauley, making his first league appearance after his debut in the cup win over Linfield in midweek. McCauley was called into action early, saving well at his near post from a low shot by Coates.

On 90 minutes, Ballymena received a free kick which was floated in by Tony Kane. The ball was met by the head of Ballymena's Owens, whose powerful header came off Coates and in to the back off the net for an own goal.

In the five additional minutes added on, Crusaders pushed for the equaliser in a grandstand finish, but they couldn't get past a solid Sky Blue defence as United held on to the final whistle to go unbeaten in 10.