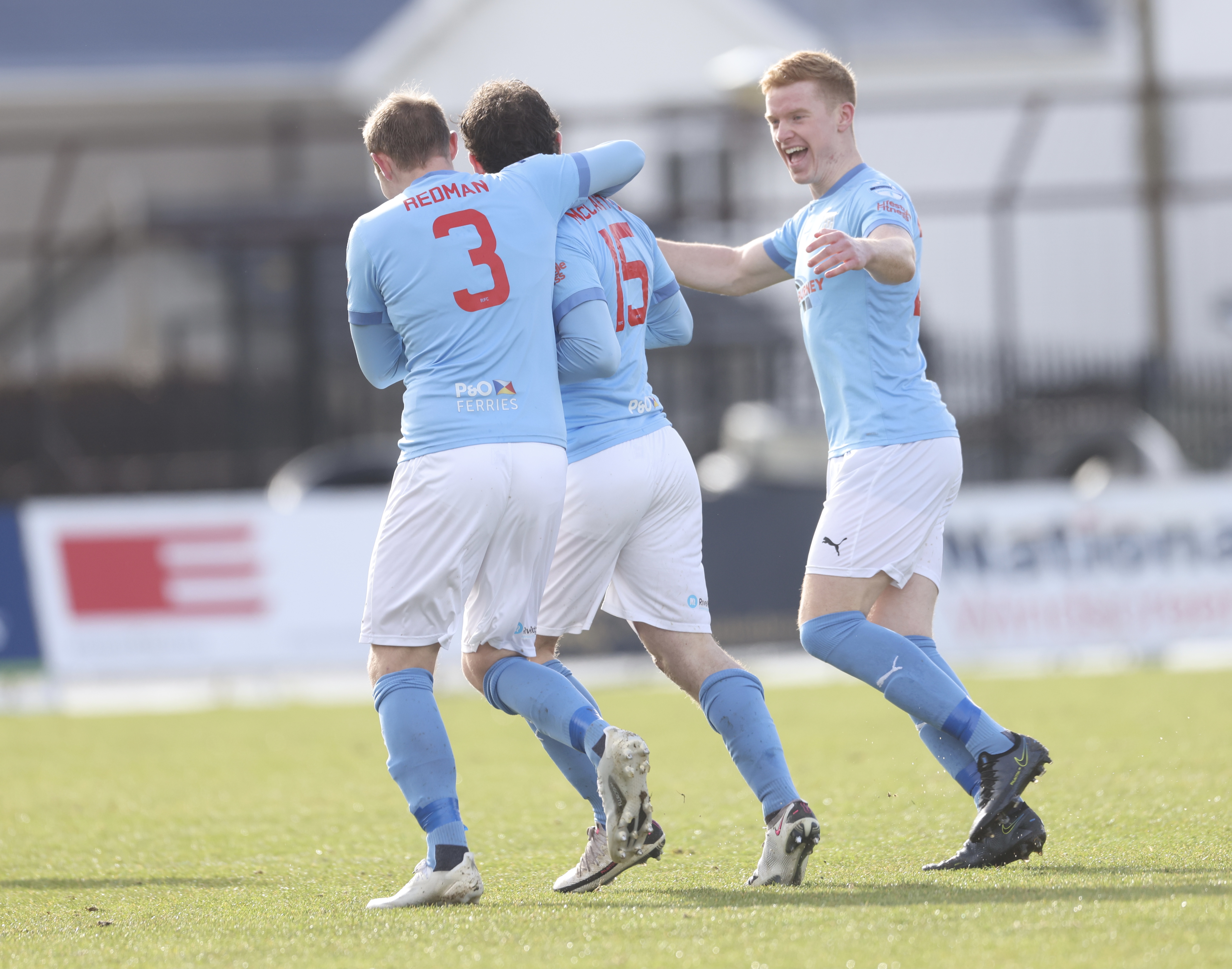 Ballymena United stretched their unbeaten run to five games with a hard fought 2-1 victory over Portadown at the Showgrounds.

After ringing the changes for the midweek win against Glentoran, David Jeffrey switched things up again with four changes, while Ryan Harpur and Owen McKeown returned from injury to make the bench. United started well on Warden Street and inside two minutes should've been ahead. A ball from Jude Winchester deflected into the path of Joe McCready who looked well offside, but after no flag came McCready fired well over from close range one on one.

It would only take six minutes however for Ballymena to take the lead. Shay McCartan was fouled thirty yards from goal and from a central position he took the free kick himself. His set piece was another Shay McCartan peach as he fired the ball past the outstretched Jacob Carney, with the ball going in off the post.

Portadown looked to get themselves back into the game and after Lee Bonis blazed a chance over the crossbar, the Ports leveled through Luke Wilson on sixteen minutes. A free kick sent into the box from the left was poorly dealt with by Jordan Williamson who came well out of his goal but got little on the ball, and Kevin Healy teed up Wilson who lobbed the ball into the empty net.

Having scored from distance already, McCartan fancied his chances again from similar distance. This time the ball bounced awkwardly in front of Carney who just about parried it round the post. The game that was developing was much like the encounter between the sides at Shamrock Park a fortnight ago, with Ballymena having the majority of the ball and the chances, but Portadown still carrying a threat on the counter.

As the heavens opened at the Showgrounds Andy McGrory was dealt a blow when he was unable to continue through injury, and in the extreme rain he was replaced by Sean Graham.

After a Ross Redman corner had swung narrowly onto the roof of the net and Winchester had struck just over, McCready missed another great opportunity. A kick from Williamson was launched all the way over the red defence and Ryan Waide was able to get on the end of it. He cut the ball back on the byline for McCready, but his effort was straight at Carney, as the sides left a worsening surface for half-time at 1-1.

Thankfully the rain eased for the start of the second half after some half-time repairs, and inside thirty seconds McCartan had drove at the Ports' defence and saw an effort saved by Carney.

Much like the first half, it was mainly Ballymena, but The Sky Blues were lacking in an end product. They were almost made to pay for failing to create with their possession when Oisin Conaty had space in the box, but his shot was just about turned wide. From the resulting corner Conaty had the ball in the net, but it was ruled out for a clear foul on Williamson.

On sixty-two minutes Paul McElroy headed a Redman cross straight at Carney, but a minute later he'd have another chance from the spot as United won a penalty. After Healy had played the ball back to his keeper, he caught McCready with a flailing arm and after some thinking time referee Christopher Morrison pointed to the spot.

After a lengthy delay for treatment to McCready and a red card for dissent for Ports boss Matthew Tipton, Paul McElroy stepped up and smashed the spot kick past Carney, who'd gone the right way. It was McElroy's eighth of the season and fifth from the penalty spot.

After a lull in the game United had a chance ten minutes from time through goalscorer McElroy, but off balance he struck well wide. Shortly after a cross from Jim Ervin was flicked on by McElroy, with Carney pushing the ball onto the bar before gathering at the second attempt.

In the final five minutes Ballymena had a nervy few minutes as Portadown pushed to level again, but the defence stood strong to secure the three points and make it a solid week's work for the Braidmen ahead of a double header in Warrenpoint.