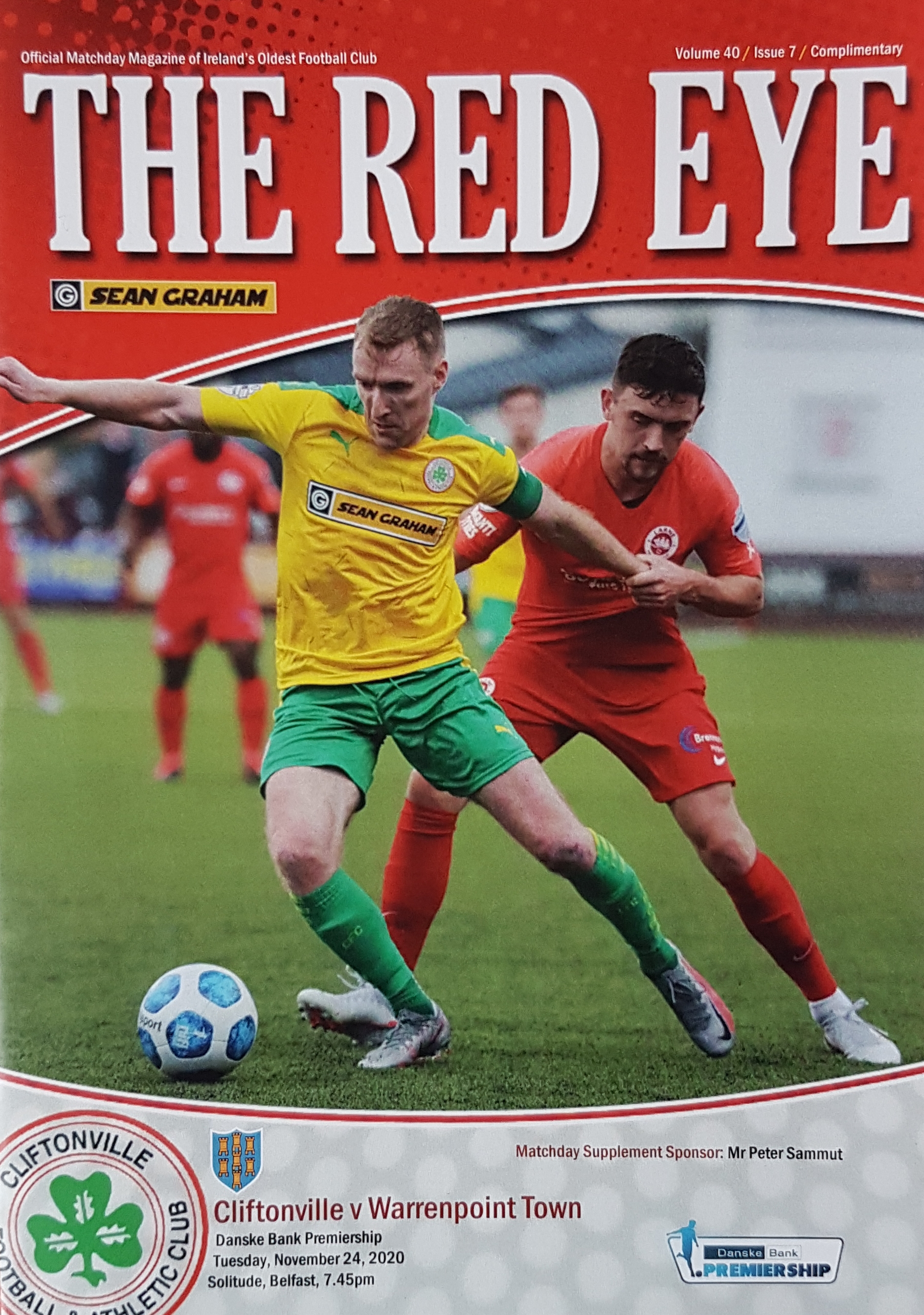 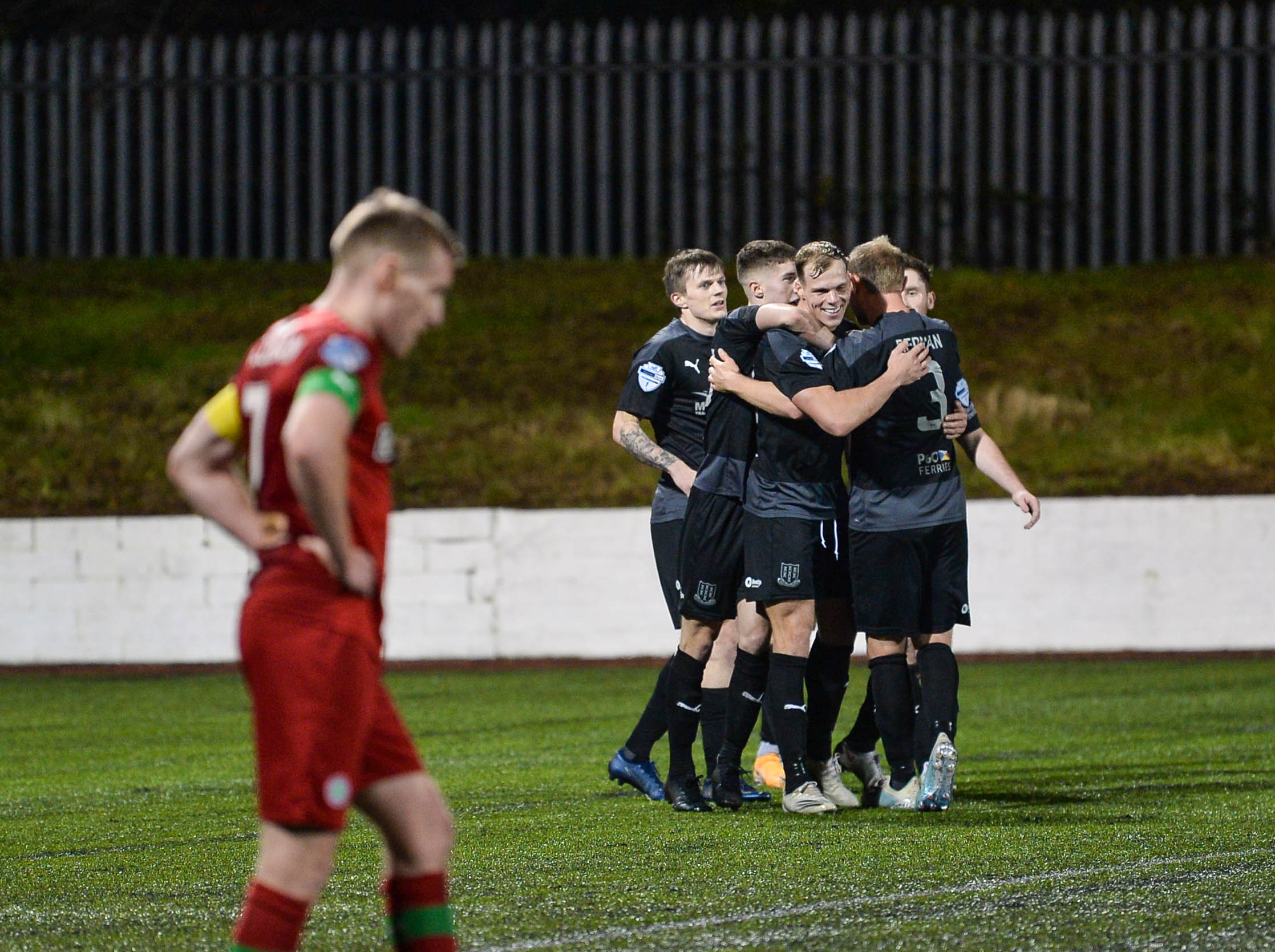 Ballymena United put in a performance to remember as they thumped Cliftonville 4-0 at Solitude on Tuesday evening.

United made the trip to Solitude having won on just one of their last thirteen visits, and named an unchanged side from the one that beat Warrenpoint at the weekend.

Ballymena made a fast start to the game and McCartan went close inside the opening two minutes, seeing a first time effort saved by Richard Brush. Eight minutes later however, Brush couldn't deny McCartan his first Ballymena goal. Shay McCartan came away with the ball after tussling with two Reds players in the middle of the hosts half, and he carried the ball to the edge of the box before firing home a delightful shot to put United 1-0 up.

McCartan almost had a second five minutes later. Great play from Cathair Friel saw the ball fall to McCartan, but his, and Leroy Millar's follow up, were both well blocked by Ryan O'Reilly. Cliftonville had barely got a foothold in the game in the opening 20 minutes and a Garry Breen header which flew well wide was the best they could conjure up.

The final 15 minutes of the half saw little by way of chances, but as the home side began to see a little more of the ball, The Sky Blue back line showed no real signs of being breached. Joe Gormley was able to find himself through on one occasion, but Jordan Williamson was out quick to deny him, as United took a deserved lead into the break.

David Jeffrey couldn't have dreamt of a better start to the second half as the Braidmen scored twice inside ten minutes, thanks largely to McCartan who was now running the show. He produced a piece of quite stunning play to flick the ball over two defenders in the box, before fluffing his shot, but Paul McElroy was brought down by O'Reilly in the aftermath and a penalty awarded. Paul McElroy picked himself up off the ground to hit the penalty, and sent Brush the wrong way to notch up his fourth goal for his new club.

Five minutes later it was 3-0. Breen was booked for a foul on Josh Kelly around thirty yards from goal and Shay McCartan, arriving in the league with a reputation for scoring free kicks, showed exactly why by sending the ball over the wall and down into the bottom corner.

The home side seemed resigned to defeat and continued to offer little, with the next goal looking likely to fall Ballymena's way. Despite that, Gormley had to score when he pounced on a long ball and shrugged off Ciaran Kelly, but somehow he managed to fire wide when one on one.

On 79 minutes the fourth goal did come and it was another cracker. Millar drove forward and found Ross Redman on the left, and he added another assist to his name by returning the ball back to Leroy Millar, who was in acres of space on the edge of the box, where he delivered a lovely first time finish into the bottom corner.

McCartan almost had his hat-trick late on, only to be denied by Brush who tipped his shot over the crossbar. Despite rarely being troubled, United will have certainly wanted back to back clean sheets, and late on had the post to thank as a shot from sub Michael McCrudden came back off the woodwork, keeping that clean sheet intact. A top performance from minute one from United who, to a man, were excellent, with plenty to build on for the coming games behind closed doors.