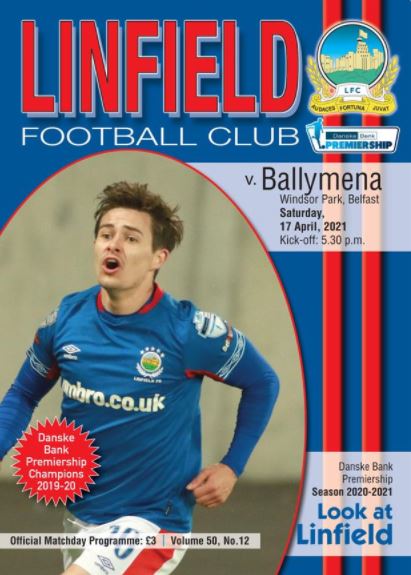 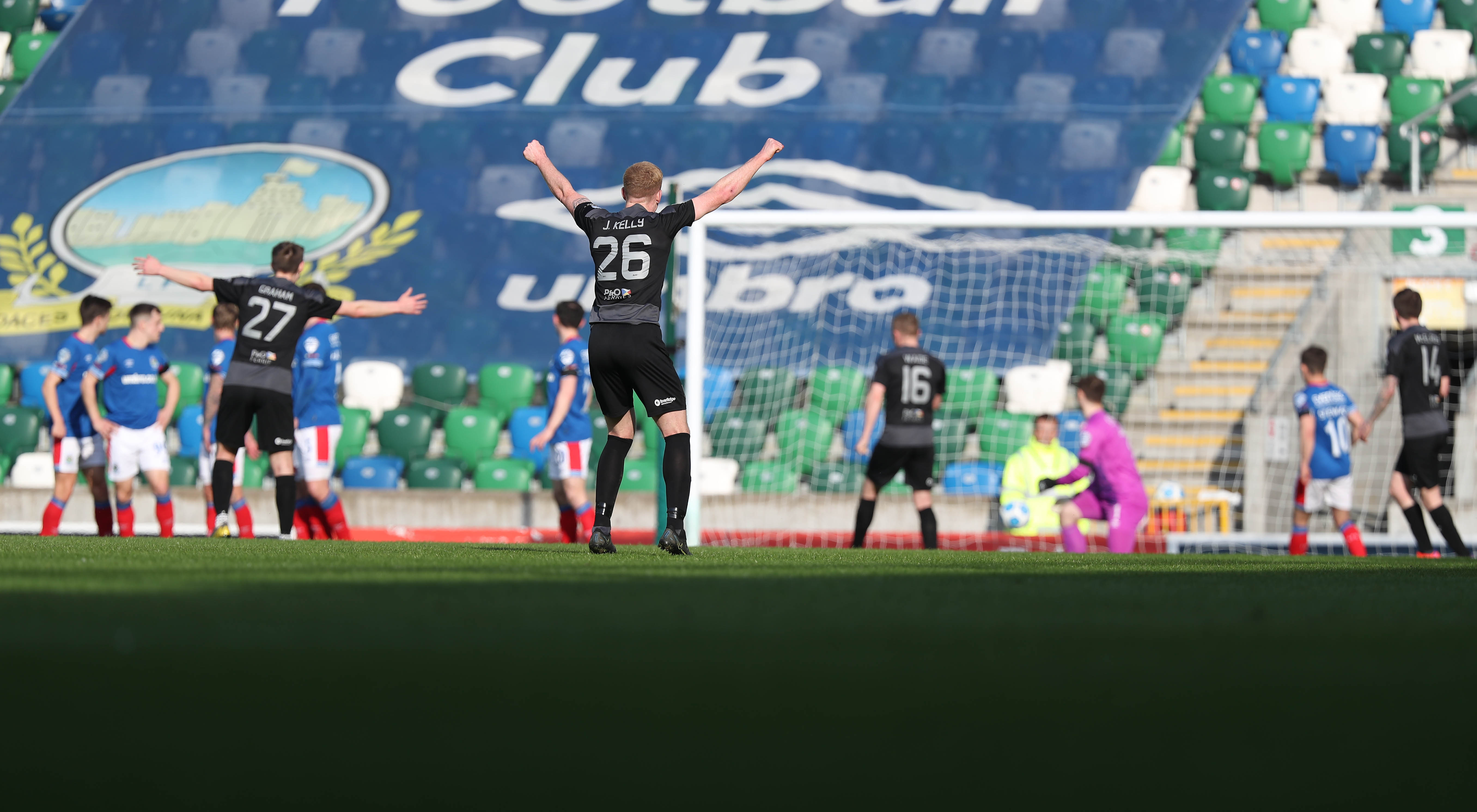 Before kick-off a minute's silence was held in memory of His Royal Highness The Prince Philip Duke of Edinburgh, on the day of his funeral.

United, without a league win at Windsor Park since 2004, made two changes from last time out, as Ben Wylie and Trai Hume came out of the side for Ryan Harpur and Owen McKeown.

The Sky Blues started well in the capital and within two minutes Ryan Waide fired a ball across goal that was narrowly missed by the arriving Shay McCartan. Looking to grab a first goal since signing his contract extension, McCartan did go close again. This time it came from a low free kick that was creeping in, only for Chris Johns to get down and tip the ball wide.

Unsurprisingly, the league leaders were carrying a dangerous threat themselves, and when Ross Clarke's ball found the in form Shayne Lavery, United looked to be in trouble, only for Ross Redman to make a vital block.

Shortly afterwards it was Dylan Graham make the timely save, as Joel Cooper evaded the offside trap to rush in, only to be denied by Graham. From the resulting corner, Ross Larkin headed onto the roof of the net. With the Blues now well on top they took the lead on sixteen minutes. From the left, Kirk Millar delivered the perfect deep cross for Mark Haughey, who had quietly made his way up from the back, and he headed home unmarked.

Linfield were going from strength to strength and Ballymena had their work cut out to keep it to 1-0. Jordan Stewart slipped a ball in for Lavery, but Graham saved fantastically with his feet.

Ballymena began to slowly find their feet and on twenty-eight minutes went from dismay to joy in a matter of seconds to equalise. The Braidmen were awarded a free kick on the edge of the box for a Larkin handball, but the incident looked to be inside the box, with the awarding of a free kick angering those in the away side. However, it all became fairly irrelevant after the free kick, as Shay McCartan sent the ball into the top corner, leaving Johns no chance.

The goal was no doubt against the run of play, and straight away Linfield were probing the visitors backline again. Graham continued to look far from out of place in goals and in quick succession he denied both Stewart and Lavery, who fired straight at the youngster. When Stewart did get past Graham, it was rightly ruled out for offside, even if it did take Stewart a moment to realise.

Ballymena's counter attack was a viable outlet and when the front three broke Ballymena could easily have been ahead. As McCartan went up the gears to break, he fed Waide who saw his shot from a great position blocked and the rebound fell to the head of Paul McElroy, which looked to be heading in until the outstretched hand of Johns kept it out. After some shaky spells, United more than held their own in the first half, as the sides went in level at the break.

Linfield started the second half back on the front foot and in the opening minute Graham was called into action again, but he did well to parry Clarke's shot round the post. With Linfield's playing out from the back seeming to cause themselves more problems than answers, United kept up the fight as Sean Graham fired just wide from distance. However it was still the champions in control and they could've retook the lead when Clarke's fizzed ball across the goal line missed the boot of Lavery at the back post by a matter of inches.

As Ballymena tried to ride the Linfield storm, their second half resistance was finally broken as Linfield regained the lead on sixty-five minutes. Again the assist came from the boot of Millar as he found space to cross from the right, and in even more space in the middle of the goalmouth was Shayne Lavery, who easily nodded past Graham.

There was little to report in the final twenty or so minutes with neither side able to carve out many openings. Ballymena would have no doubt been hoping for just that one chance late on, and when it did come, on eighty-minutes, it was no more than a half chance for Jonny Addis.

The centre half drove forward from the back in a good team move, and after a tidy Ben Wylie flick found Addis, he took the ball just inside the box before shooting, but it lacked any real power and Johns tipped it away.

In the end it was a familar story for the Sky Blues at The National Stadium, with United putting up a dogged showing, but ultimately coming away with nothing to end any hopes of finishing in the top six.