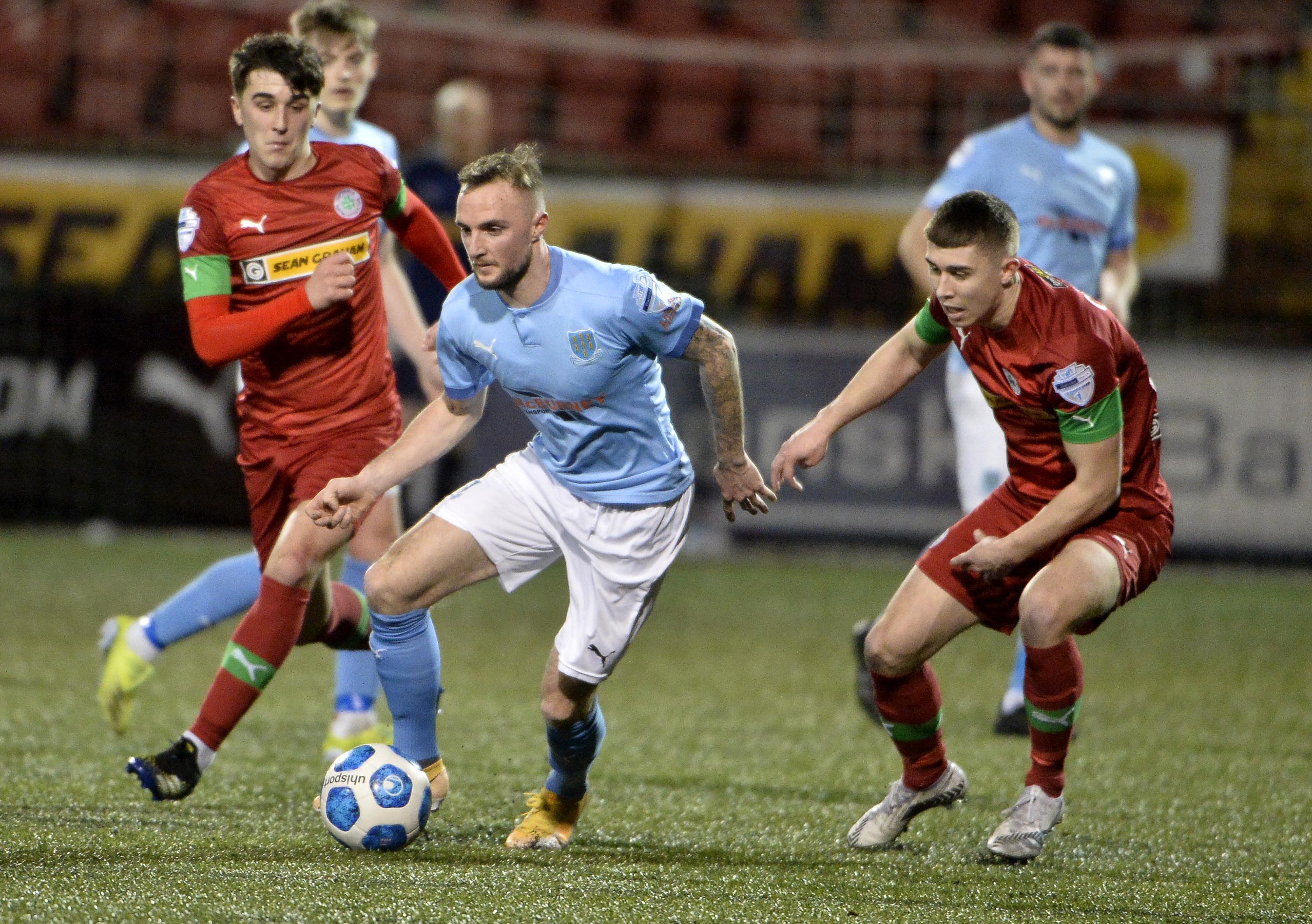 Ballymena United were edged out at Solitude as they went down 2-1 to Cliftonville on Tuesday evening.

Ahead of a second trip to North Belfast in four days, David Jeffrey shook things up with three changes, as Seamus McCartan and Jude Winchester returned from suspension and injury respectively, while Sean Graham made his first start.

After a spot of sparring early doors, the home side had the first decent chance of the game with a central free kick from just outside the box. Aaron Donnelly drilled the set piece under the Sky Blue wall, but Ross Glendinning held the shot well. United's first chance came shortly after Donnelly's effort via a Josh Kelly half volley, but it was straight at Aaron McCarey.

As the half deepened it continued to be an even affair, but Ballymena could've led when Conor Keeley could only head wide from a free header from a corner. Straight down the other end Ryan Curran was set to tap in from close range, only for a timely Jim Ervin interception.

On the stroke of the half hour mark The Reds opened the scoring when Ervin's clearance ricocheted off Barry Coffey straight into the path of Ryan Curran, who ran in and slotted the ball under Glendinning.

Ballymena responded well to going behind and had their brightest spell of the half in the final ten minutes, and three minutes from the half-time whistle United equalised through Shay McCartan. Trai Hume whipped in a first class ball from the right that Cliftonville's back line failed to deal with, and it fell to McCartan inside the box, who squeezed his shot past McCarey for his third goal at Solitude this season.

With the final attack of the half Ballymena almost went into the break ahead after a floated free kick gave Winchester a chance with half a bicycle kick, but it was an awkward one and went wide as the half ended level.

The Braidmen were forced into a change at the break with Keeley unable to continue. He was replaced by Ross Redman who filled in well at centre half. Ballymena came out of the gates quickly for the second half and a burst of pace and great ball in from Graham, who hugely impressed all night, found Ben Wylie who put a golden chance over the crossbar.

Cliftonville shaded the following twenty or so minutes, seeing more of the ball than beforehand, but not overly worrying United's back line. Captain Chris Curran was able to get himself to the goal line and cross for namesake Ryan, but Hume did well to cut the ball out. It was then Ballymena's turn to edge a spell of play, but despite both teams getting on the ball and the action fairly end to end, neither team could carve out a good chance until the final ten minutes.

United had kept Paul O'Neill quiet all evening but when he found space in the box he looked certain to score, but he was denied by a fantastic last ditch block from skipper Ervin.

However, from the resulting corner, the ball eventually fell to Garry Breen on the right hand side of the box, and the centre back put in a perfect ball across goal for Paul O'Neill, who had somehow evaded everyone in a packed box to head the ball home unchallenged inside the six yard box and put Cliftonville back in front.

Ballymena looked to level late on, but a few good chances to put the ball into the box from set pieces came to nothing as United, who will rightly feel they deserved at least a point, ultimately come away with a fifth straight defeat.