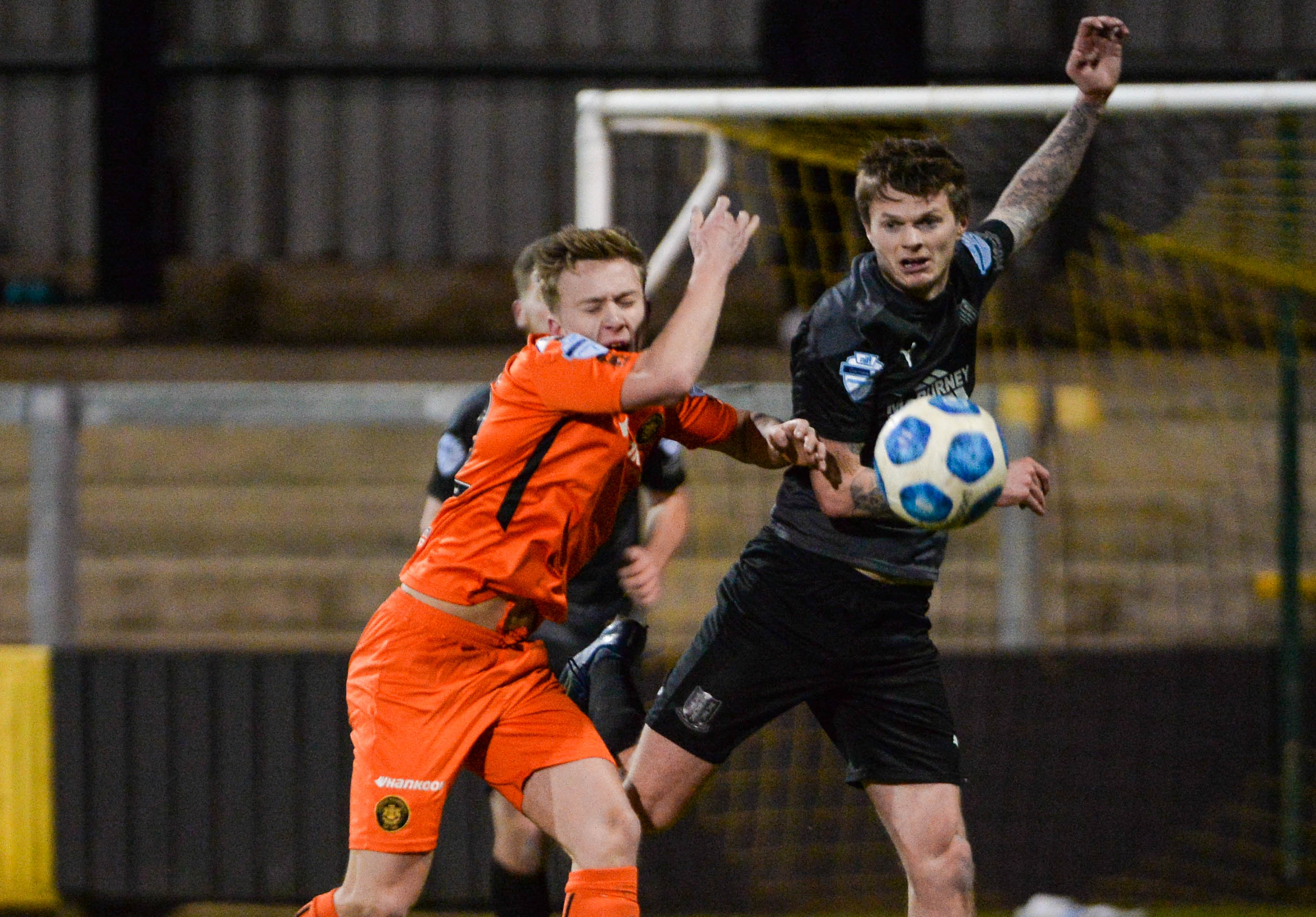 Ballymena United's long spell without a game was worth the wait as they recorded a 2-0 win over Carrick at the Loughshore Hotel Arena on Saturday evening.

It had been 28 days since United's last game, with a Covid break, snow and rain all putting pay to games in January. With Ciaran Kelly having left the club, Conor Keeley came in to make his debut, while Ben Wylie and Sean Graham made the bench.

In strong winds on the coast, Ballymena, playing into the wind, struggled to adjust early on, as Carrick started the better. Inside 2 minutes Lloyd Anderson slid the ball in for Carrick's recent acquisition Jordan Jenkins, but his low shot was saved by Jordan Williamson.

Carrick looked dangerous, but turning the threat into chances proved difficult, and on 21 minutes, with Ballymena's first chance of the game, the Sky Blues went ahead. Jude Winchester picked the ball up in his own half and drove forward well, before slotting a through ball into the path of Paul McElroy. Aaron Hogg in the Carrick goal rushed out and Paul McElroy calmly rounded him before finishing on the edge of the box, for his seventh of the season.

Four minutes on from McElroy's goal, The Gers had a chance to level when they broke two on two, but Jenkins' effort was straight at Williamson.

Jenkins was causing problems and his pass to find Jordan Gibson got Carrick as close as they'd came to a goal when he rattled the underside of the crossbar, before Ross Redman cleared any danger on the rebound. Carrick probed again straight away, and Gerard Kelly's knock down across goal was missed by inches by Jenkins at the back post.

The away side had defended well but still playing into a wind that wasn't letting up, the only half chance aside from the goal was Shay McCartan dragging wide a hopeful shot from a near impossible angle, as Carrick would've counted themselves unfortunate to go into the break behind.

There was a half time change for the Braidmen as captain Leroy Millar was replaced by Tony Kane, who took the armband.
United went close early on in the half as McElroy swung a ball into the back post for the unmarked Redman, but he could only head wide.

There was little excitement after that chance, as a scrappy affair broke out in Carrickfergus. It took until the 66th minute for more chances, which came Ballymena's way. First McElroy curled an effort at Hogg, before Trai Hume had a first time effort blocked by Chris Rodgers.

Ballymena were in charge as the game progressed, but remained only one in front. Redman turned down a good chance to shoot, instead crossing, but to no avail, before Winchester did well to cross for Kane, but he was denied by a wonderful Hogg save.

The fact the game wasn't over was evident when United had to rely on a fantastic Kofi Balmer block to deny Jonny Frazer, but with nine minutes left Ballymena finally put the game to bed, and did so in style. A delightful dummy from McCartan brought United up the pitch before Josh Kelly put the ball across for McElroy. He found Jude Winchester on the edge of the box and he capped an outstanding performance by curling an unstoppable effort into the top corner.

Kane and Hume almost added a third late on, but it ended in a steady and workmanlike win for Ballymena, who now have six clean sheets in eight and are unbeaten in eight.