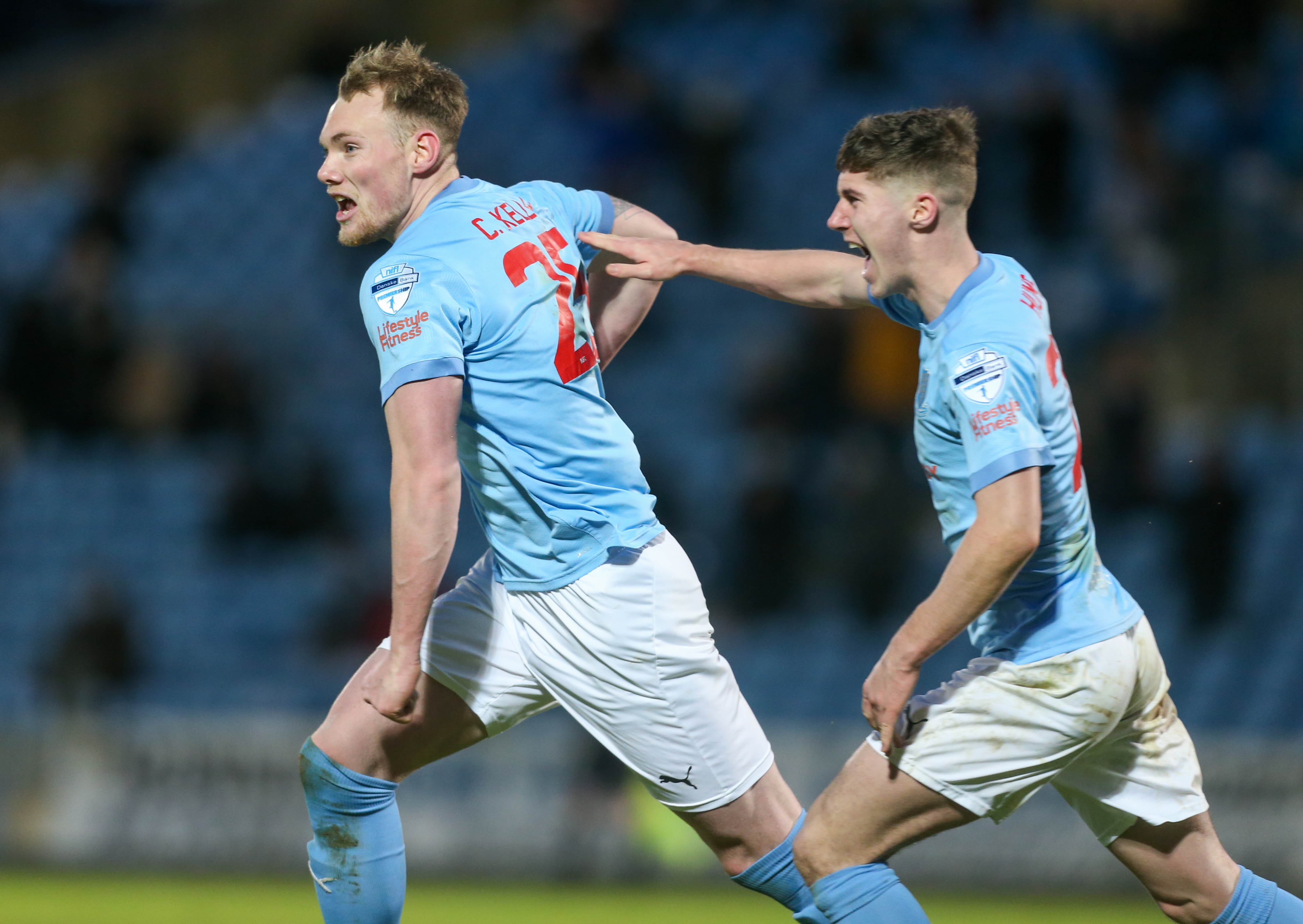 A stoppage time Glentoran goal denied Ballymena United a winning end to 2020 as the sides drew 1-1 at the Showgrounds on Saturday afternoon.

The latest lockdown measures in Northern Ireland to combat Covid-19 mean the postponement of United's last two games of 2020, with Ballymena naming an unchanged side for what was now the year finale.

The Sky Blues got off to a fast start and within the opening 5 minutes Leroy Millar had tested Dayle Coleing and Trai Hume had fired just wide. After a bright 20 minutes from the hosts, big spending Glentoran came into the game and began to exert some pressure. Hrvoje Plum played in Paul O'Neill but he was denied by Jordan Williamson. A few minutes later Williamson was to the rescue again with a top quality save. Jay Donnelly slid in O'Neill again but Williamson saved strongly with his legs, with good pressure from Jonny Addis also.

With the Glens continuing to step it up Hume misread a ball in the air allowing Chris Gallacher to break and feed Robbie McDaid who looked set to score, only to balloon his effort over. With United'e defence impressing to keep Glentoran out Shay McCartan sent a free kick well wide at the other end, but at the end of the half Glentoran threatened again. Josh Kelly gave the ball away, despite appearing to be clearly fouled, allowing Jay Donnelly to race clear, but again Williamson pulled off a key stop, as the half ended goalless.

Glentoran started the second half well, with the Croatian Plum finding plenty of space in the middle, which allowed him to have a go from distance, shooting narrowly wide. After the opening 10 minutes of the half Ballymena found their feet going forward again and began to take it to Glentoran. After some tidy team play Paul McElroy tried his luck from outside the box, forcing Coleing into a good save down to his left.

Shortly afterwards the Braidmen looked destined to score when a clearance header from Ciaran Kelly put McCartan in on goal, but just as he went to pull the trigger to surely score, Caolan Marron produced a fantastic goal saving tackle from behind.

On 66 minutes the hosts did break the deadlock to go 1-0 ahead. A floated free kick in from Ross Redman ended up on the six yard line and a deflection saw the ball fall the way of Ciaran Kelly who headed home from close range for his first Sky Blue goal.

United didn't look to simply settle for their one goal lead and following the goal continued to take on the Glentoran back line, with vocal support from the stands. With 77 minutes on the clock Ballymena had a huge appeals for a penalty when McCartan seemed to be quite clearly fouled by Gallacher in the box, but somehow referee Tim Marshall adjudged McCartan to be the offender. With 6 minutes to go it was almost game over when McCartan's long ball looked set to find McElroy to wrap it up, but Coleing was out quickly to steal the ball of McElroy's toes.

In the final the 5 minutes Glentoran had Ballymena pinned back but they continued to clear their lines well, until being hit with a sucker punch equaliser in added time. Marron's poor ball in was partially dealt with by Jude Winchester, who had impressed throughout, but the ball fell to the Glens skipper Marcus Kane who had a pop from 25 yards which could've went anywhere, but sadly for United it nestled into the bottom corner with the outstanding Williamson having no chance, as Glentoran salvaged a point.

A disappointing final few minutes of 2020 for United, but none the less a decent point to bring the curtain down on a year like no other.