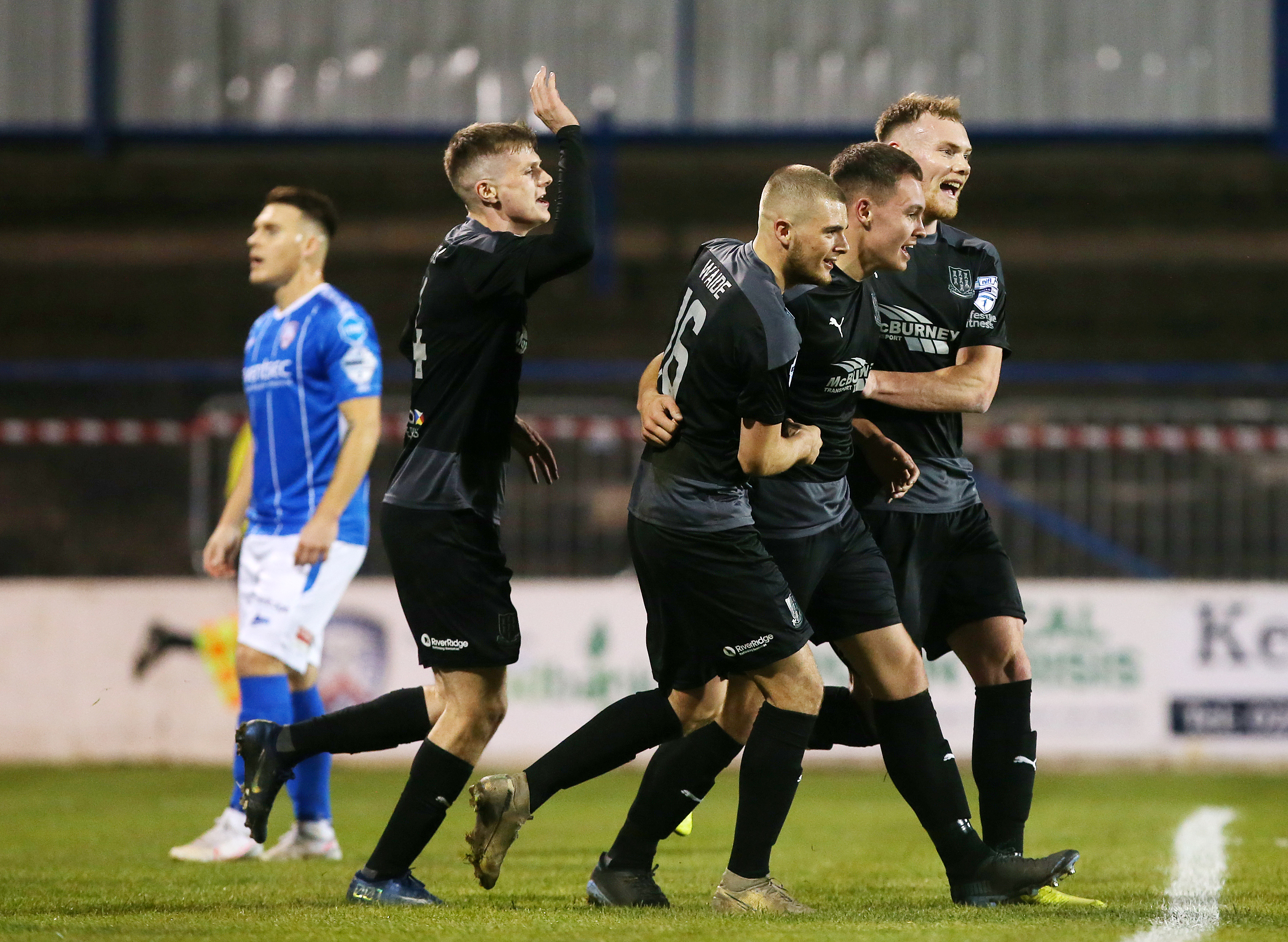 10-MAN Ballymena United kicked off the long awaited start to the new Danske Bank Irish Premiership seaon with a 1-0 win over rivals Coleraine at the Coleraine Showgrounds.

It had been 223 days since the last top flight league game took place, with the ongoing Coronavirus pandemic bringing a premature ending to last season, and delaying the start of this one.

United gave six of their new signings debut's, including Shay McCartan, while Leroy Millar captained off the back of his new contract in the week. The game kicked off in front of a few hundred home fans, despite confusion just before kick off over whether the fans should be there.

Coleraine started brightly in front of their fans and early on Ben Doherty's free kick flew over the crossbar. From there it was a measured approach from both teams as they felt their way into the new season, with Ballymena going closest through Coleraine's Stephen O'Donnell when he almost headed into his own net.

Ballymena soon began to get going and on 27 minutes McCartan, fresh from playing in England's football league, showed his quality to beat two men before seeing an effort well saved by Gareth Deane. The resulting corner provided the first league goal of the season as Steven McCullough's ball found Kofi Balmer who powered a header home.

The Bannsiders looked to reply quickly and went close when a throw in was flicked goalwards by James McLaughlin, but new loanee Trai Hume did well to clear on the line. Ballymena showed plenty of attacking endeavor throughout the first half and looked an impressive outfit and just before half-time a bit of a scramble in the box ended with Millar's shot being stopped by Deane.

All of the Braidmen's good first half work threathened to be undone on 43 minutes when Josh Kelly was harshly sent off for a routine attack-stopping challenge on Stewart Nixon. Referee Andrew Davey had been set to give a yellow card to Kelly, before a late change of mind, as a good half ended sourly for the visitors.

The second half would turn out to be a back to the wall's exercise for Ballymena as Coleraine looked to take advantage of the extra man. From the off it was constant Coleraine pressure with Doherty going close before Ross Glendinning saved from Nixon and McLaughlin fired the rebound over. Those chances were the start of a ten minute spell were Coleraine had a barrage of chances. First Evan Tweed saw an effort easily gathered by Glendinning, and then Coleraine went even closer when McLaughlin struck the post from a tight angle, with Josh Carson's thunderous rebound destined to go in before an outstanding block on the line from an outstanding Hume.

The hosts' chances didn't stop there when shortly after McLaughlin somehow fired over at the back post from a long throw in. Ballymena finally got themselves some respite from their staunch defending when Hume found Ryan Waide who, not for the first time, showed some dazzling feet to beat his man, only to hit the side netting.

McCartan and Balmer made way for Ryan Harpur and Jonny Addis as the Sky Blues looked to tighten up further. Coleraine brought on Iain Parkhill and within seconds he could've scored with his first touch, but from six yards he was denied by a top drawer Addis block. Addis' block resulted in a corner, which Stephen Lowry headed over.

At the beginning of three minutes of added time there was a moment of more confusion when it initially looked like Coleraine had been awarded a penalty when Glendinning punched the ball clear from McLaughlin, only for United to be thankful a goal kick had in fact rightly been given to help Ballymena see out the win.

An impressive attacking first half display matched by impressive defending in the second half from United who kick off a season like no other in the best possible way for the Sky Blues at home.