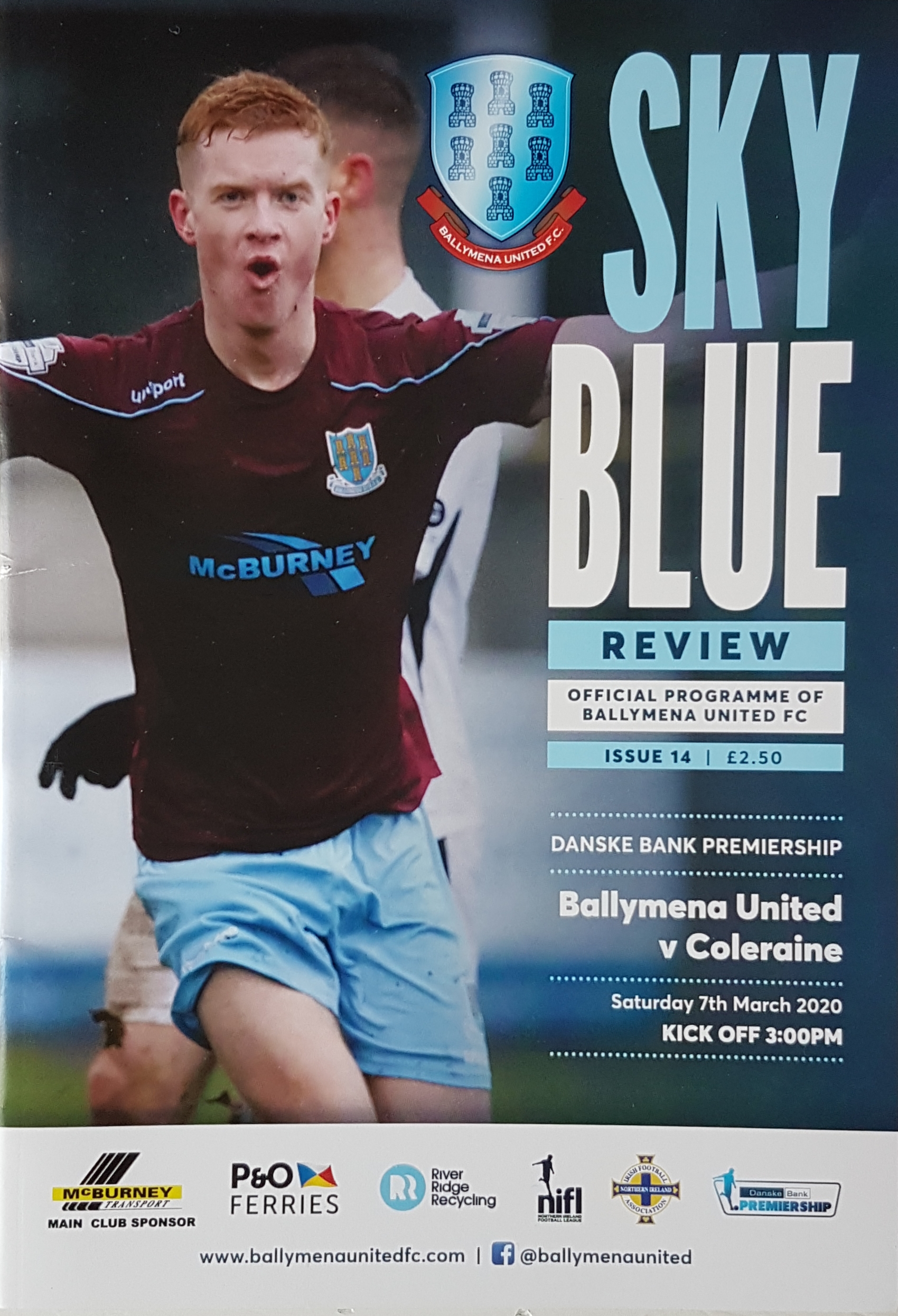 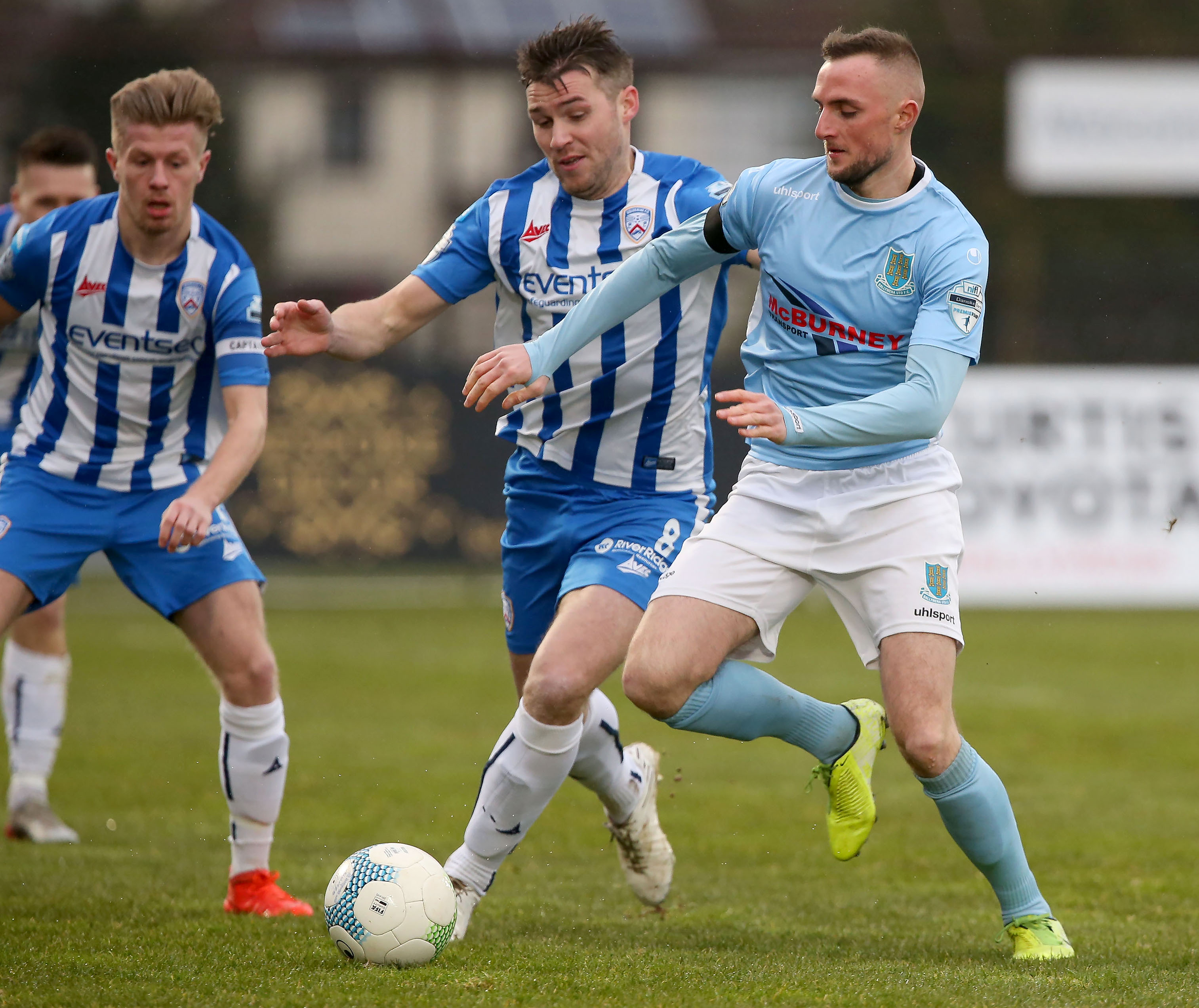 Ballymena United's wait for a league win in 2020 goes on after falling to a 2-0 defeat at home to rivals Coleraine.

There were four changes to the side that lost to Dungannon during the week, with Cathair Friel, Jude Winchester, Anthony Kane and Leroy Millar coming back in to start.

Prior to kick-off a minutes silence was held after the sad passing of Anna Murray, mother of club director John Murray.

Within a couple of minutes of the start there was a sign of things to come when Ballymena had a strong penalty appeal waved away when Friel looked to be brought down inside the box.

That decision incensed the Ballymena bench, but that anger was increased seven minutes later when down the other end Steven Gregg awarded a penalty for Scot Whiteside bringing down Eoin Bradley. Stephen Lowry stepped up and converted down the middle to make it 1-0, with David Jeffrey booked for his legitimate arguments.

United worked Chris Johns for the first time on 15 minutes, Leroy Millar showing good feet in the box before seeing his shot saved. Neither team showed much following the goal and Millar chance, before Bradley had the ball in the net on 34 minutes, only to see it chalked off for offside. The Braidmen had a huge chance to level when a Steven McCullough free kick was parried by Johns and fell to Joe McCready, but from close range he could only fire over.

Shortly after that McCready chance Kane headed narrowly over during Ballymena's best spell, but at the end of the half it was Coleraine who almost doubled their lead with James McLaughlin's overhead kick going just wide.

After being hard done by with refereeing decisions at the beginning of the first half, it was a similar story at the start of the second half for The Braidmen. McLaughlin looked to have stamped on Whiteside, with the referee somehow only brandishing a yellow.

Ballymena weren't creating much going forward but almost equalised from nowhere when McCready turned a corner goalwards, only for Lyndon Kane to clear off the line. On 59 minutes yet another decision went against The Sky Blues and after being adjudged to have protested too much, David Jeffrey saw red.

Ross Glendinning had to be alert to keep Aaron Traynor out with a well drilled shot from distance before Coleraine should've made it 2-0. A poor free kick from McCullough saw Coleraine break two on one on the counter. Stewart Nixon decided to go it alone but was denied by a fine Glendinning stop. From the resulting corner it was 2-0, as Ballymena conceded again from a set piece. Josh Carson's ball was met by Aaron Canning, who rose high at the back post to head home.

The Braidmen thought they'd one back when McCready bundled the ball home with 15 minutes to go, but it was ruled out for a foul by substitute Adam Lecky, despite it looking like a Coleraine handball first. In the final 10 minutes Ballymena offered little to get back in the game and worry Coleraine, even with another strong penalty appeal falling on deaf ears yet again, as Coleraine saw out the 2-0 win.

Another disappointing showing from the hosts in a dress rehearsal ahead of the Irish Cup semi-final in three weeks time.