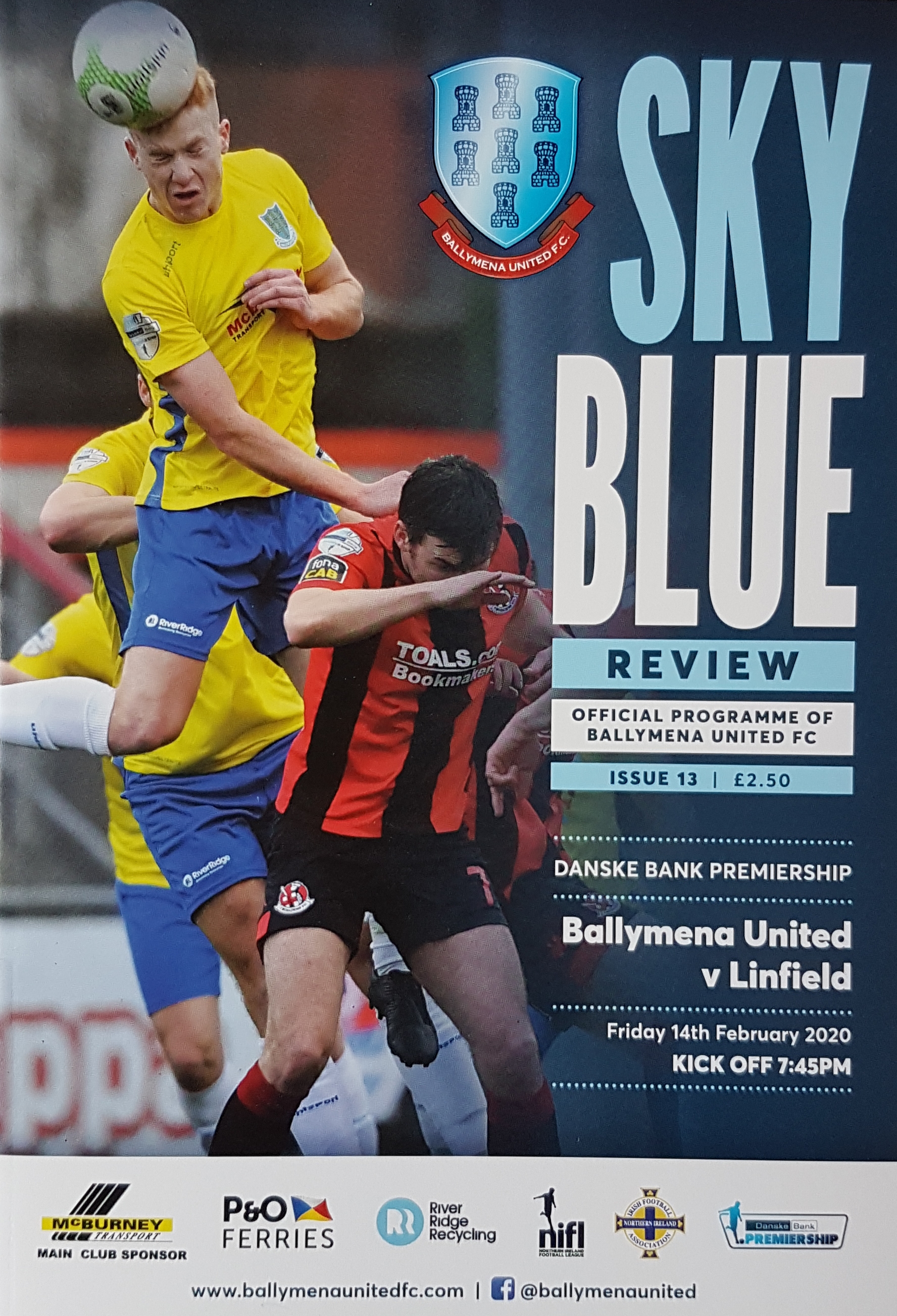 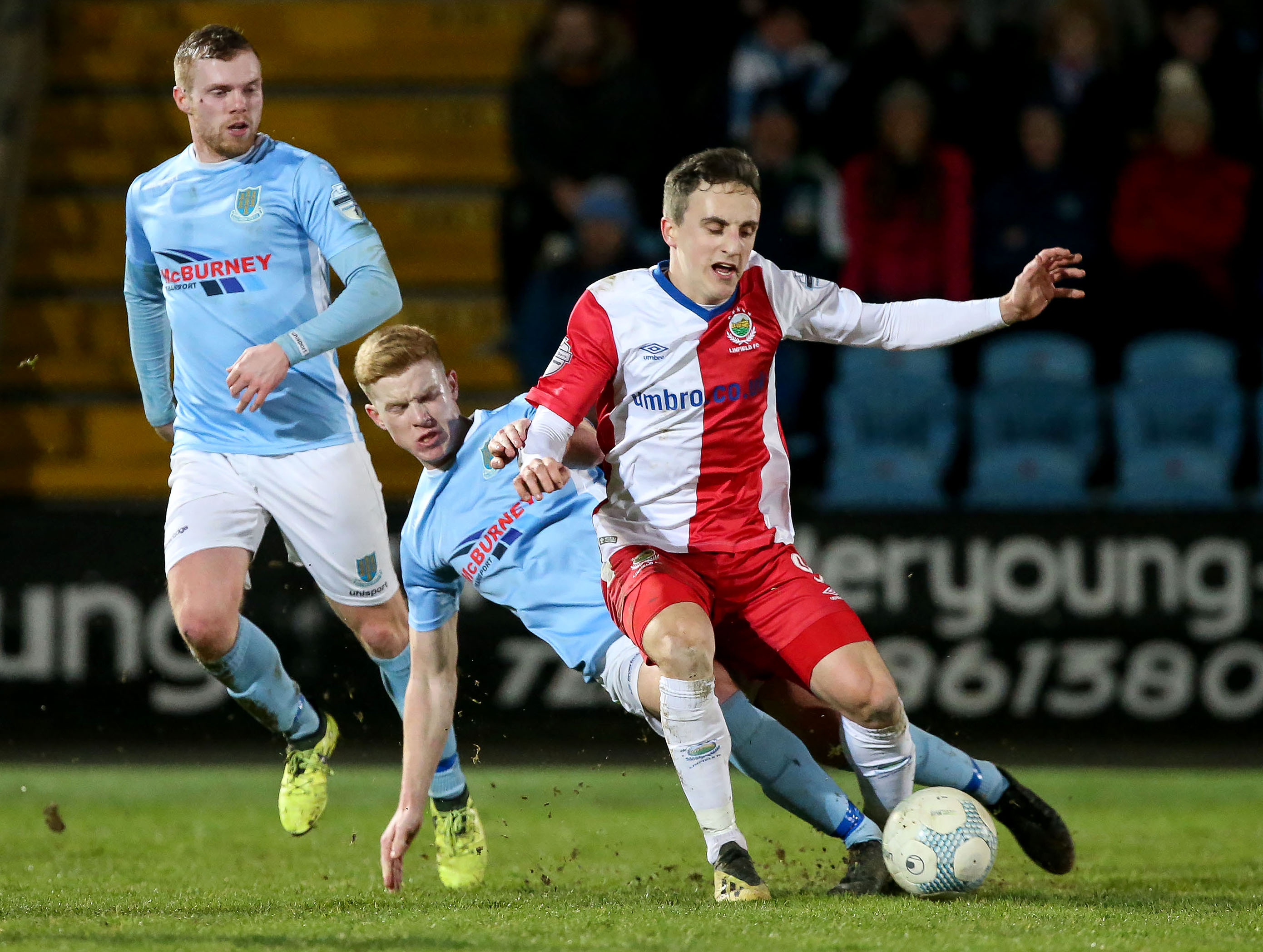 It was another night to forget for Ballymena United as they suffered a 4-1 defeat to champions Linfield at the Showgrounds.

David Jeffrey rung the changes from last Saturday's defeat to Carrick with the returns of Adam Lecky and Kofi Balmer amongst the six changes.

The last six games between the sides had been decided only by the odd goal and this game looked to be headed for something similar after an even opening period. It took until the 14th minute for either team to register a chance, but it fell the way of United. Joe McCready burst past Niall Quinn down the right wing and saw his cross cleared by Rohan Ferguson as far Antony Kane, but the skipper's shot was blocked by Kyle McClean.

Five minutes later the Sky Blues broke the deadlock as Joe McCready opened his United account in some style. McCready played a neat one two with Andrew Burns before getting rid of Jimmy Callacher with a sidestep and firing an unstoppable outside of the boot shot past Ferguson from just inside the box.

The lead lasted all of five minutes as The Blues quickly equalised. Kirk Millar's corner went as far as Mark Haughey at the back post and he was able jump under no resistance to head home.

Having not threatened at all in the opening minutes Linfield had a few efforts straight after the goal, with shots from Jordan Stewart and Joel Cooper straight at Ross Glendinning, before Callacher headed over. Towards the end to a half in which United more than matched the visitors, Lecky and McCready linked up well, with the latter seeing a low effort well saved, before Linfield landed a sucker punch on the half-time whistle to go ahead.

Cooper nipped past Balmer on the wing and saw his shot saved by Glendinning, but for Linfield the ball fortuitously ricocheted off the face off Leroy Millar and fell for Jordan Stewart to easily finish. It was a real blow to United who would've felt a draw in the first half was the least they deserved.

The Braidmen were forced into a half-time change with Millar unable to resume play through injury, as he was replaced by Steven McCullough.

The start to the second half was much like the first, cagey and even with neither team able to take a grip of the game. Eventually chances came and they fell Ballymena's way. McCullough headed over after a good ball in from Andy McGrory, before Balmer headed just over and McCullough dipped a free kick narrowly wide.

On 74 minutes Linfield scored the all important fourth goal of the game, in what was their first shot on target in the half. Not for the first time this game, let alone season, United's defence went missing in action for a corner, with Haughey's flick on falling to Jimmy Callacher who was stood in acres of space beside the back post and he delivered the easiest of final touches.

Ballymena picked up their fifth booking of the game when McGrory was carded despite not even originally having a foul given against him, rather summing up a questionable night of officiating, and from the free kick Linfield made it 4-1 on 79 minutes. The free kick from just inside the Ballymena half was taken quickly to Cooper, who was given the freedom of the Showgrounds to take the ball into the box. His shot was well saved by Glendinning onto the crossbar, but Andrew Waterworth was unsurprisingly the quickest to react and tap the ball home.

McCready felt he should've had a goal back late on when he thought his header had gone in, but it was adjudged to have been cleared before going over the line, much to McCready's dismay. In added time it almost got worse for United when Cooper had a shot deflected onto the bar, but proceedings were ended at 4-1 to cap another all to familar poor result on Warden Street this season.