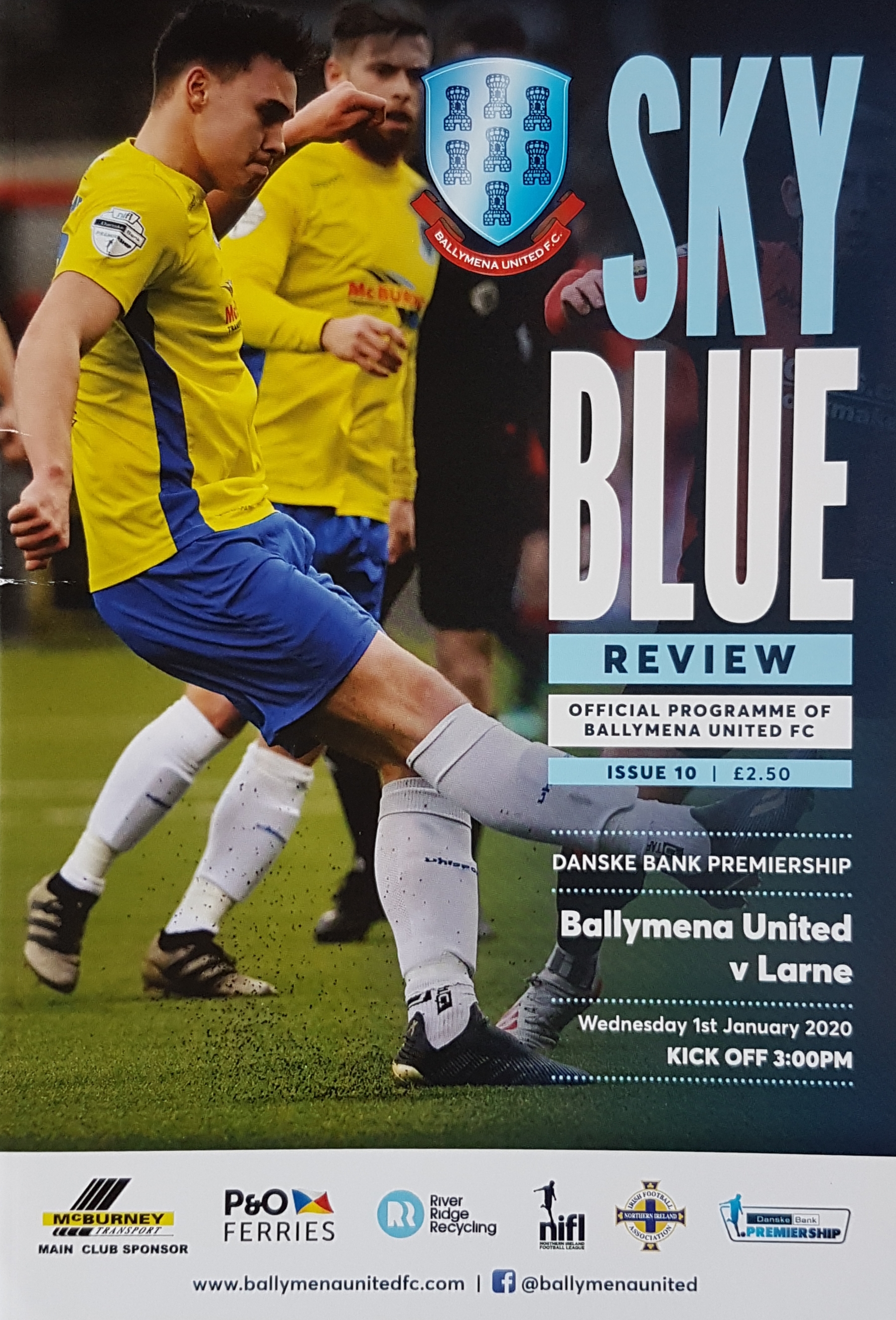 Ballymena United started the New Year in disappointing fashion as Larne struck in added time to take away a 3-2 win from the Showgrounds on derby day.

Jordan Williamson took his place between the sticks again, with Declan Carville retaining his place in the squad, replacing the suspended Adam Lecky.

It was a timid start from both sides in the early exchanges and the first attempt on goal didn't come until 15 minutes in when Ross Lavery's effort was gathered by Conor Devlin. Three minutes later United missed a golden opportunity to go ahead through Cathair Friel. Albert Watson's headed clearance rebounded off Friel sending him through one on one, but the striker opted to try and round Devlin, who took the ball off Friel's feet.

Larne's first real chance came when Martin Donnelly had acres of space in the middle to pick out Jeff Hughes, but he shot into the side netting. The Braidmen's move of the match probably should've yielded an opener. Great build up play ended with Josh Kelly flashing a ball across goal, missing the foot of Carville by inches.

Larne opened the scoring on 31 minutes in controversial circumstances. Ballymena looked to have been denied a stonewall penalty when Ross Lavery was brought down inside the box by Harry Flowers, and whilst the home bench and home fans were still incensed by the decision, Larne went straight down the other end with a long ball from Watson for Jonathan McMurray who fired past Williamson to score against his old side.

There was little to report in the closing stages of the half, with Leroy Millar dragging a long range effort well wide and McMurray heading wide a Lee Lynch cross, as United would've counted themselves extremely unfortunate to be behind at the break.

Williamson was called into action early in the second half and produced a fine stop to tip a Donnelly free kick round the post.

On 56 minutes Ballymena found a deserved equaliser in style through Ross Lavery. Millar kept things alive by hooking the ball back from the by-line and Lavery watched the ball from the sky before delightfully volleying the ball into the bottom corner.

The second half continued to be an open and even affair and Watson headed wide a Tomas Cosgrove corner before the visitors regained the lead. Larne's second rather summed up United's season when Millar's back pass was a little short and Williamson's attempted clearance hit Jonathan McMurray, who had charged the ball down, and flew into the net.

United's first sub saw Carville, who had been operating as a lone striker, make way for Tony Kane. Minutes after the sub Williamson pulled off a fantastic stop to deny Fuad Sule and tip his powerful shot just wide of the post.

The Sky Blues went close to equalising in the most unlikely of situations when a volley from 20 yards by Jim Ervin of all people was blocked by Hughes. However, Ballymena did find themselves level five minutes from time as they equalised for a second time. Larne failed to clear their lines and after the ball bounced about in the box for a few seconds Millar found Andrew McGrory who fired home with a neat finish.

It might be a new year, but it's the same old injury issues for the Braidmen as both Andrew Burns and Steven McCullough were forced off through injury in the closing stages, being replaced by Scot Whiteside and James Knowles respectively.

As the game entered four minutes of added time it looked set to end in what would've a fair draw, but in the second minute of the four there was yet more heartbreak for United as Larne won it. As has been so often the case this season it was a more than avoidable goal conceded as Conor McKendry's whipped free kick in from the right hand side cleared everyone in the box and somehow made its way into the back of the net, to end a miserable festive period for the Sky Blues.