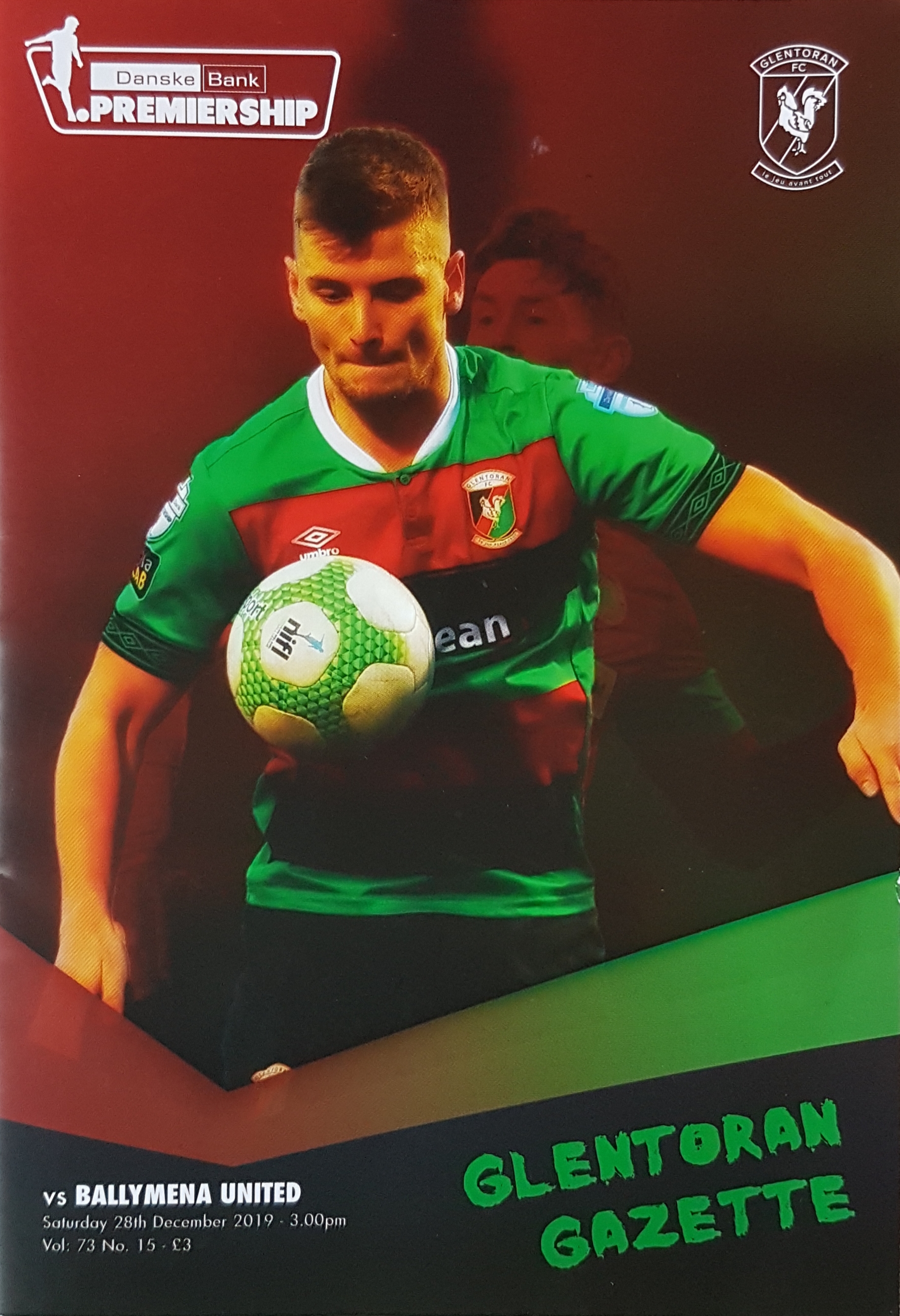 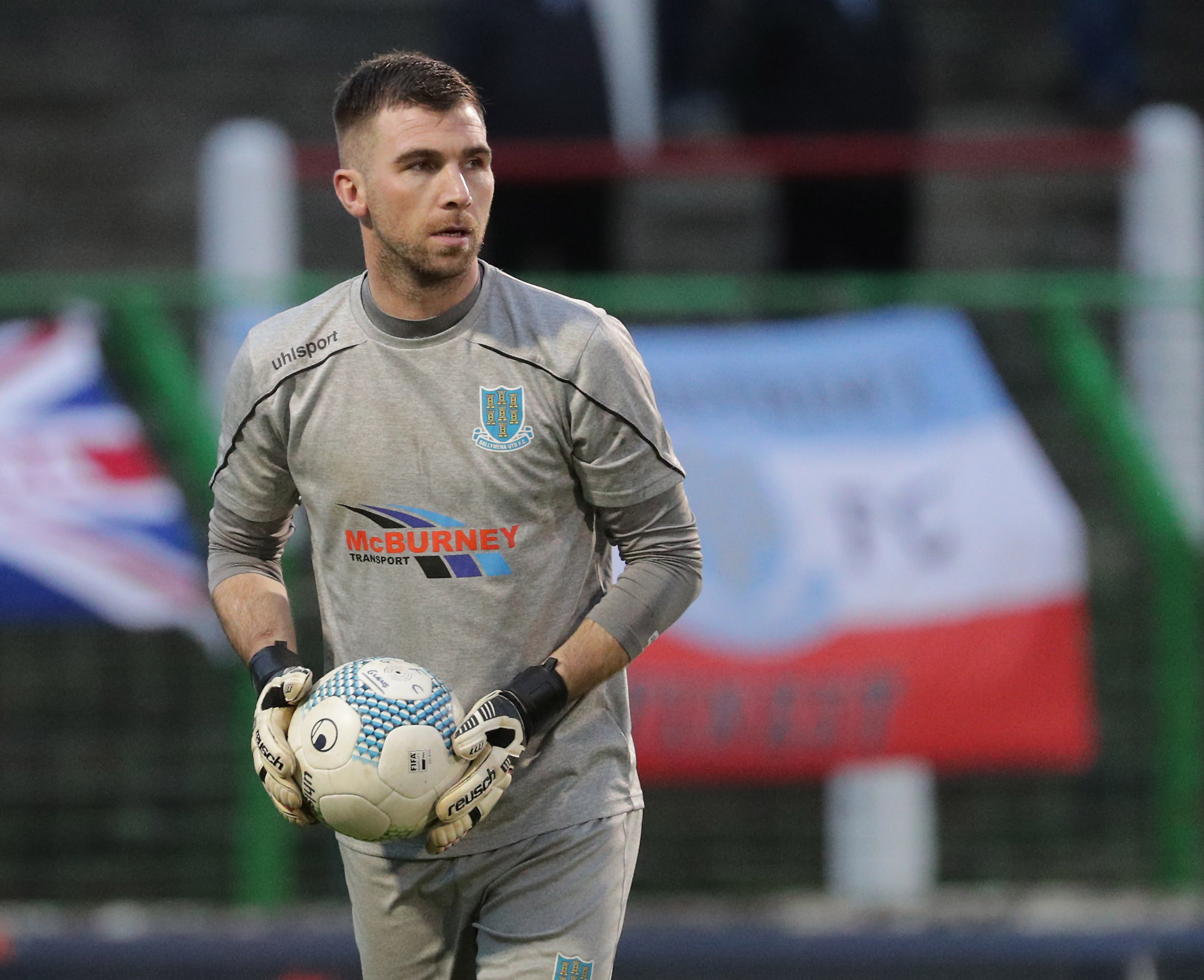 A battling Ballymena United performance ended in disappointment as they went down to two late goals in a 2-0 defeat to Glentoran at The Oval.

United made a host of changes from the Boxing Day defeat, the most notable without doubt the starting of midfielder Declan Carville in goals, with Jordan Williamson suspended and Ross Glendinning and Conor Friel injured.

Ballymena fans may have feared the worst with no goalkeeper and the form of Glentoran, but it was the visitors who started extremely well and within a minute a cross from Leroy Millar was diverted towards his own goal by Chris Gallacher, with Marijan Antolovic making a good save to spare his midfielder's blushes. On 9 minutes Adam Lecky did well to tee up Andy McGrory but his curling effort needed a lot more curl to trouble the goal, but all in all it was a pleasing Sky Blue start.

Glentoran's first real breach of United's back line came on 14 minutes when Gallacher played in Darren Murray, but through on goal he dragged a first time shot well wide. Millar called Antolovic into more action shortly afterwards with the Croatian punching his effort wide, whilst at the other end makeshift 'keeper Carville's every touch was met by loud cheers for the travelling support. On a serious note Carville was doing well despite being barely tested, with his best moment coming out into a crowded area to pluck the ball out of the air from a free kick.

With the game evening itself out as the first half progressed, Ballymena went close again when McGrory's free kick somehow missed everyone in the box before Millar's second ball in was gathered by Antolovic. Chances were traded at the end of the half with Murray heading just over for Glentoran, while Ross Lavery had a good chance for Ballymena from six yards out, but couldn't keep the ball under control to shoot, as a decent half from The Braidmen saw them go in level.

The first 20 minutes of the second half had little for either side to shout about, with Glentoran a bit more in the game than in the first half but to little success. The Glens looked to Cameron Stewart and Navid Nasseri off the bench and Nasseri looked determined to score from distance past Carville, however his three attempts from well out all sailed miles over. In between those Nasseri sighters Paul O'Neill poked an effort wide and Stewart headed over, before Robbie McDaid missed probably the chance of the game when he fired over from just six yards out.

That string of chances proved Glentoran were starting to probe on the United goal, with Ballymena having to do their first real piece of lengthy defending in the game. Elvio Van Overbeek lopped an effort onto the roof of the net before Lecky shot just wide, prior to a breathless final 5 minutes.

On 85 minutes Gallacher picked out McDaid but his header was saved by Carville. However, calamity followed for the Sky Blues. Carville's kick was completely miscued and hit Andrew Burns on the back of the head, with the ball falling perfectly for Robbie McDaid to run clear and finish past a clearly distraught Carville.

A minute after the goal Lavery struck wide for Ballymena before a four minute long melee saw tempers flare. Lecky was brought down and awarded a free kick, but the forward took offence to the foul and needlessly left a forceful shoulder in the face of Gallacher, with Raymond Crangle rightfully giving Lecky his marching orders. A mass brawl ensued, involving most players, with referee Crangle also being pushed about, and after the events finally simmered O'Neill saw red for the hosts.

United pressured Glentoran in what was now 7 minutes of added time, but after Carville came up for a United corner, Glentoran broke through Navid Nasseri, who outran Jim Ervin and finished into an empty goal to secure a 2-0 win.

A tough one to take for Ballymena who performed well for the majority of the game considering the goalkeeping woes.