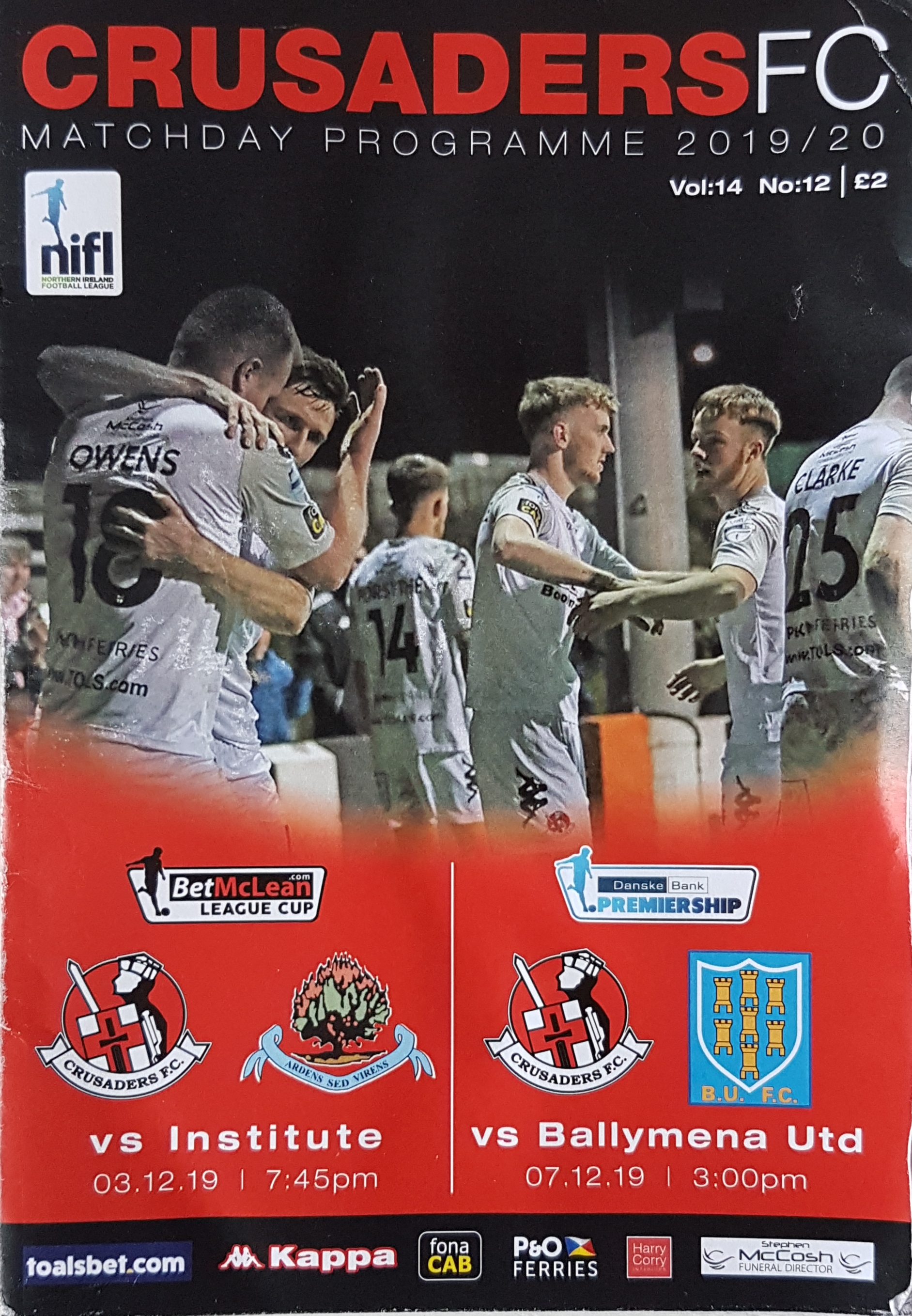 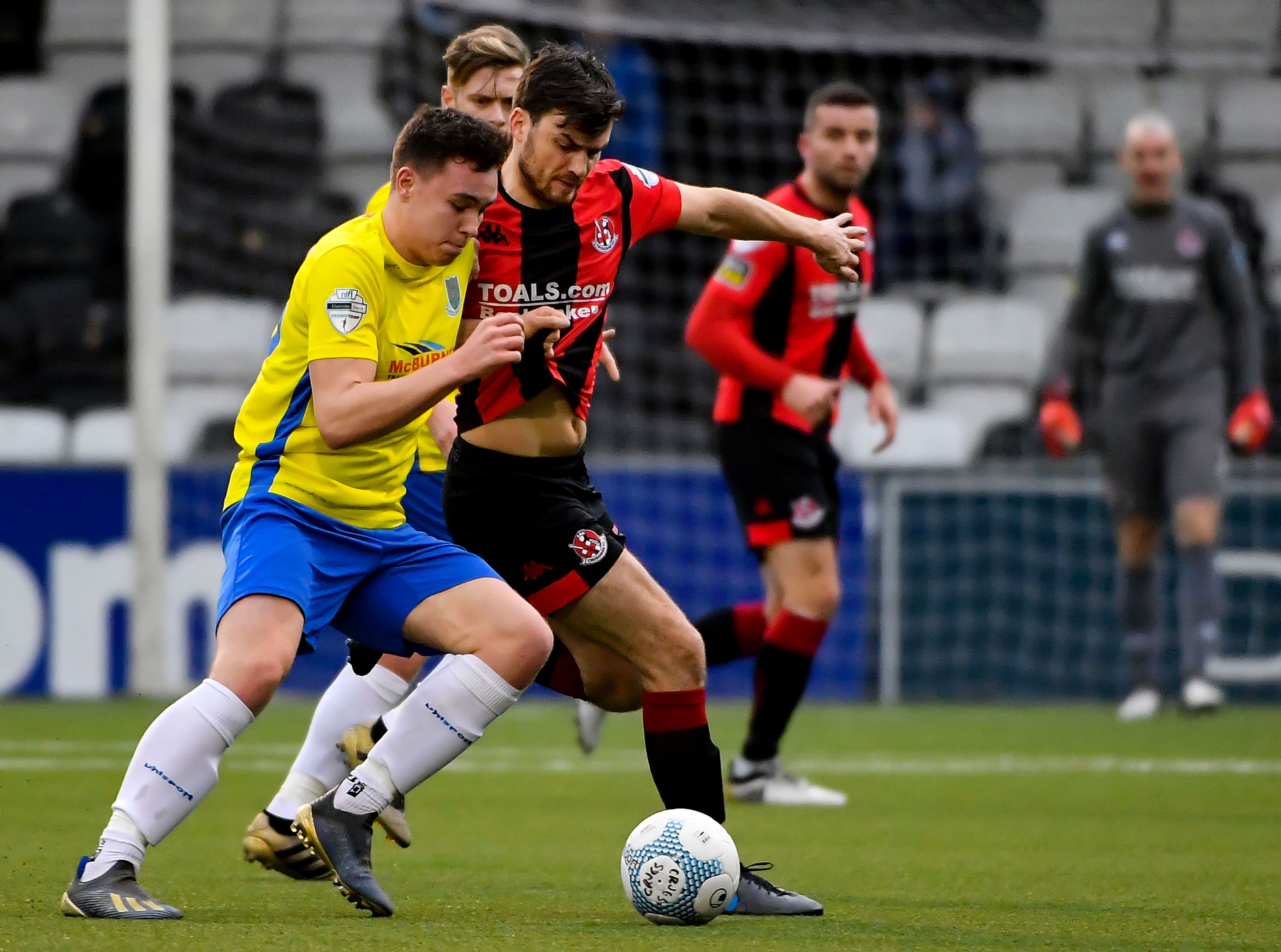 Joshua Kelly and Jordan Williamson were the heroes late on as Ballymena United picked up a first league win in 11 games with a 1-0 over Crusaders at Seaview.

There were some much welcomed returns from injury as Ryan Harpur and Cathair Friel made the starting XI and Josh Kelly returned to the bench, whilst Jordan Williamson made a rare league start in goals.

United started the game well and were almost in with just 2 minutes gone when Adam Lecky and James Knowles exchanged a one-two to put Knowles through, but Colin Coates got back well to make a goal saving tackle. Williamson was called into action early on for the visitors and he saved well when tipping a long range effort from Billy Joe Burns round the post. The openness of the game early on continued for the opening 25 minutes.

United were playing some of their best football for a while as Kofi Balmer fired over from a corner, while at the other end Coates fired wide from the edge of box, before Jamie McGonigle saw a rasping effort come back off the crossbar, with a follow up shortly afterwards saved by Williamson.

Crusaders settled into the game after the opening half of the first half, seeing a bit more of the ball that they'd have expected to see, but United still carried a threat, particularly through Knowles. David Cushley fired a half volley wide and Williamson saved from Paul Heatley, in what was his first real contribution. The final 10 minutes of the half saw little goalmouth action, with both defence's on top when it came to clearing long balls forward. Towards the end of the half Williamson did extremely well to come off his line and block a shot from Jordan Forsythe after Ross Clarke's attempt fortuitously fell to him. The last chance of the opening 45 saw a Tony Kane free kick from 25 yards well saved by Gerard Doherty, as a good half from the Braidmen saw them go in at 0-0.

Crusaders started the second half better and had a couple of early chances, with McGonigle shooting into the side netting and Clarke firing wide on the half volley from a Crues counter attack. The second half didn't yield as many decent chances as the first half, with the closest United came before the last 20 minutes a corner that flicked off Jonny Addis and then over the bar off Coates on the line.

Everything Crusaders tested Ballymena's defence with in the second half was dealt with fantastically well by either Addis, Jim Ervin, or especially Balmer, with all three barely putting a foot wrong. With 15 minutes left Andy McGrory played in Friel with a terrific switched ball, but the chance was gone when Friel was unlucky to control the ball with his arm. Ballymena almost caused a problem for themselves when they tried to let a ball run through to Williamson, but it was reached by Philip Lowry, however Williamson was out well again to save.

Joshua Kelly came on with 10 minutes to go and in the 88th minute he made his mark with a stunning goal. Lecky held the ball well and teed up Kelly, and from 25 yards he rifled an unstoppable effort into the top corner, to mark his first goal for the club in style.

The Crues almost hit back instantly when McGonigle's header was well held on the line by Williamson, but at the start of two minutes of added time it looked like heartache for United when Kane fouled Howard Beverland in the penalty box. Cushley stepped up to level against his old side from the spot, but Williamson had other ideas and pulled off a super save to his right. Ballymena saw out the rest of added time to pick up a huge three points, with a great performance to match.