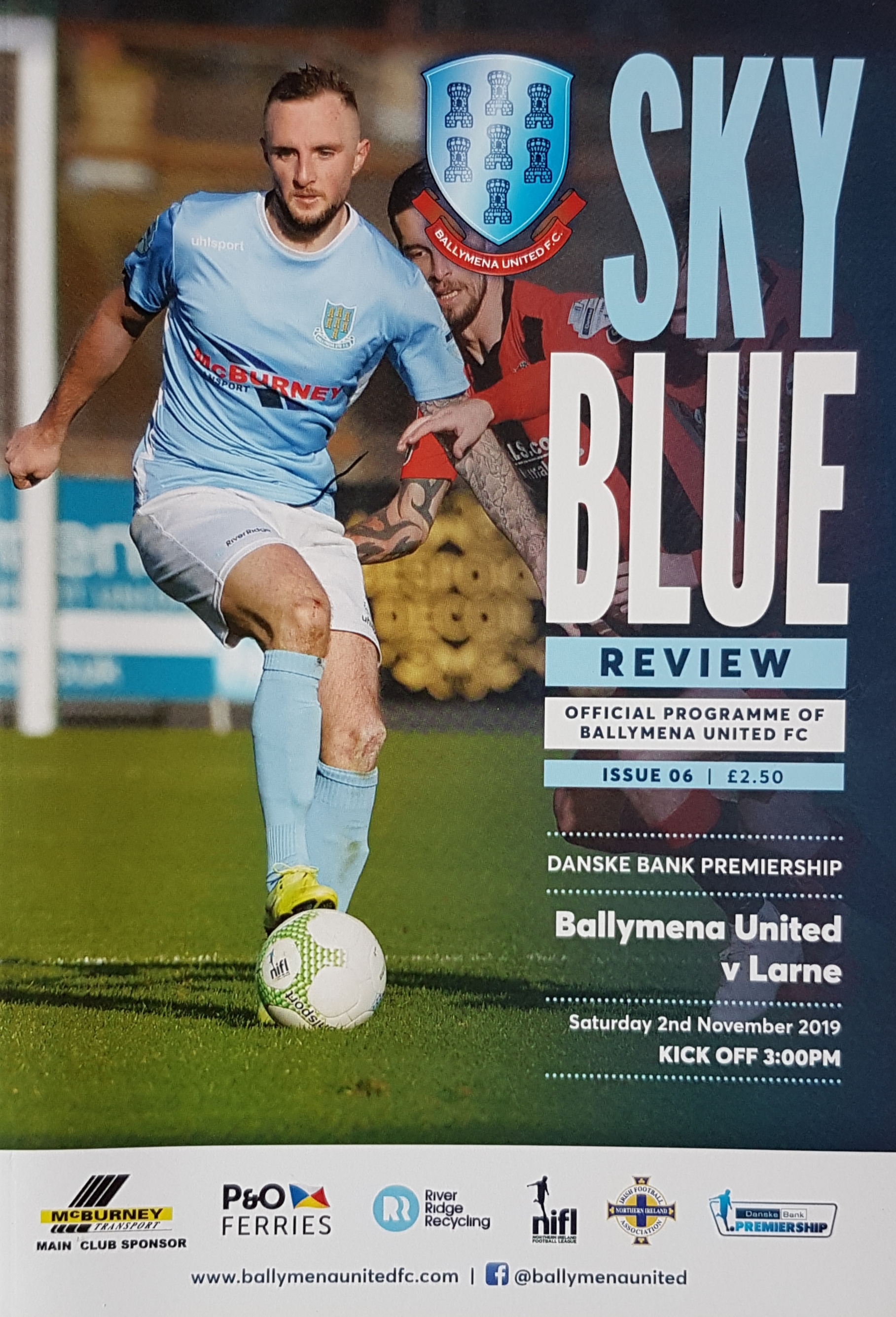 An injury depleted Ballymena United side limped to a disappointing 3-0 home defeat to rivals Larne this afternoon.

It only took 5 minutes for United's misery to begin when the visitors were awarded a penalty. Lee Lynch hurdled one challenge before he was brought down in the box by Declan Carville. Ross Glendinning went the right way but couldn't keep out a good penalty from Jeff Hughes as Larne took the early lead.

If things hadn't started badly enough for the Sky Blues, they got even worse just 14 minutes in when Cathair Friel rejoined the injury list, picking up a nasty looking shoulder injury after a foul from Johnny McMurray. He was replaced by Ryan Mayse. After the early goal neither side produced anything of note until Larne should've made it 2-0 on the half hour mark. Tomas Cosgrove played in Lynch who cut it back across goal for McMurray, but the ex-United man blasted over under pressure from close range.

After Hughes hit a free kick straight at Glendinning, Ballymena had their first real dangerous opening with 10 minutes left in the half. Andy McGrory fizzed an inviting ball across goal but it narrowly missed the incoming Kenny Kane, with Josh Kelly, wearing a head bandage after an earlier collision, seeing his shot from the rebound blocked by Graham Kelly.

On 39 minutes Larne made it 2-0. For what seemed like the umpteenth time, Larne got in behind United's defence with ease as Ben Tilney found McMurray, who put the ball on a plate for Lee Lynch to tap home.

McMurray almost turned from provider to scorer minutes later when he dispossessed Kelly and put Tilney in behind again. Tilney played the ball back to McMurray but he was denied by a fine stop from Glendinning. With the last play of the half Kane tried his luck from 25 yards and saw his effort dip narrowly over, as a largely lifeless half from Ballymena saw them go into the break two down.

The Braidmen produced their best move of the match by some distance at the beginning of the second half when a string of quick passes ended with Mayse giving Aaron Burns a chance, but his weak effort was easy work for Conor Devlin. It was United's only shot on target.

On 55 minutes the host's problems continued to mount as Larne moved into a 3-0 lead. McDaid's high ball into the box from the byline was poorly dealt with by Ballymena's defence and it fell to