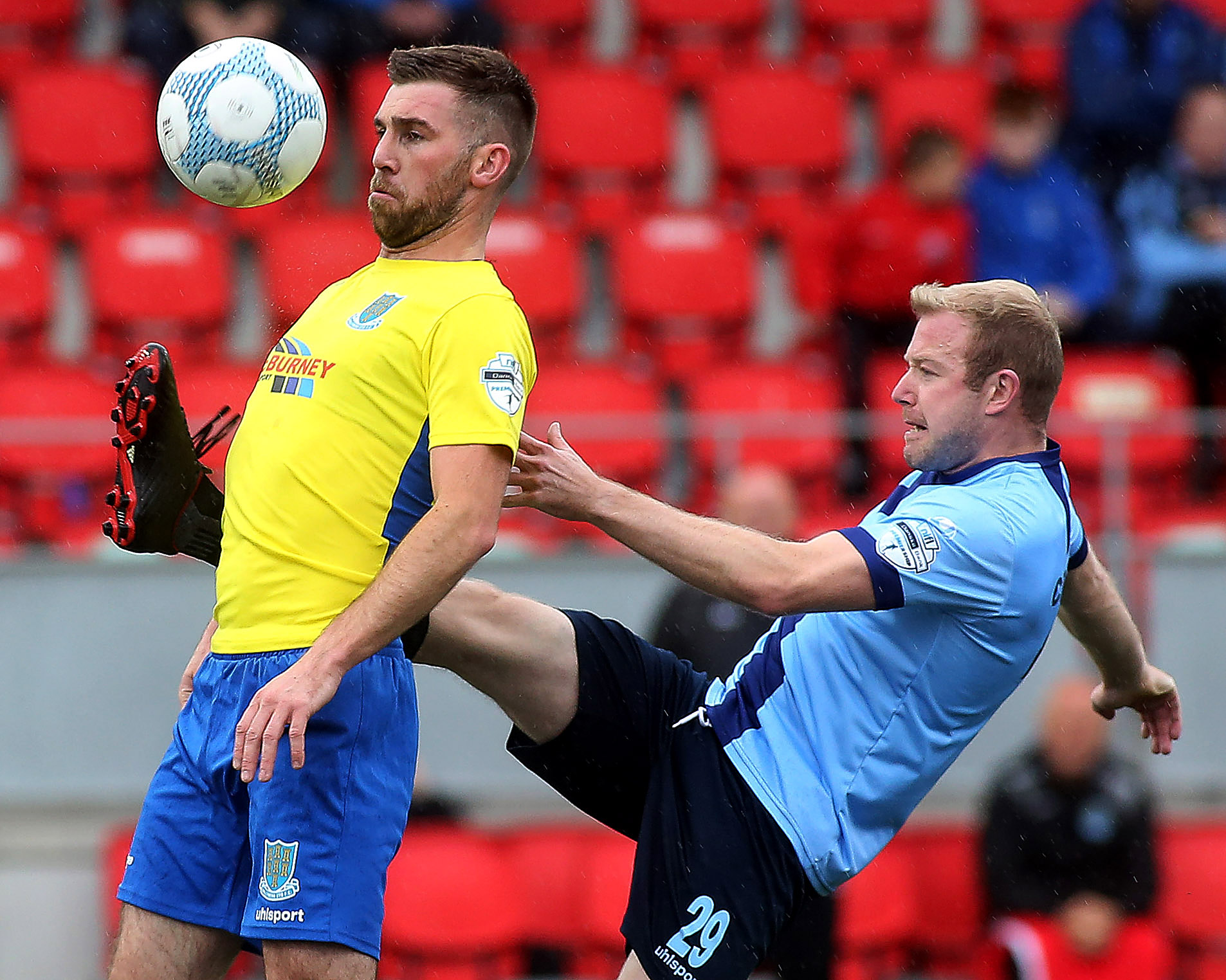 Jonathan Addis scored the equaliser as Ballymena United were held to a 1-1 draw by Institute at The Brandywell this afternoon.

With plenty of injuries still to contend with, United were unchanged from the side that beat Cliftonville a week ago as they prepared to face an Institute side who picked up their first win of the season last week. The Sky Blues started reasonably well in a wet Londonderry, with Jonny Addis heading a decent chance over from a corner. Shortly after the opening chance a flowing team move ended with Declan Carville putting Josh Kelly through on the wing and his cross fell to Ryan Mayse who saw his shot deflect narrowly wide.

After that bright opening 10 minutes Ballymena struggled to kick on and make inroads going forward, but they were still able to create some big chances, none bigger than the one that fell to Mayse. Kofi Balmer delivered a perfect cross for a totally unmarked Mayse at the back post, but somehow he headed wide.

Institute were showing signs of threatening the Braidmen's goal and on 18 minutes it was the hosts who went ahead. A long ball was floated into the Ballymena box and after Jude Winchester failed to clear, the ball fell to Aaron McGurk, who finished well into the top corner from just inside the box for his first senior goal.

Chances were few and far between for the remainder of the half as both teams lacked the quality in the final third to trouble either goalkeeper. Winchester teed up Carville for a chance but slightly on the turn he fired well wide, before the same man headed a great opening wide at the end of the half. In between those Carville chances Addis picked out Carville who chested the ball into the path of Mayse, but his goal bound shot was blocked by Caoimhin Bonner, as another frustrating half for Ballymena saw them trail at the break.

After a slow start to the second half Ballymena went close on 53 minutes when Carville laid off Mayse for a difficult to execute volley that went just wide and minutes later McCullough fired wide from outside the box. By the hour mark it was all United possession wise, but some laboured play going forward meant that possession didn't always bring chances. Stute, more than happy to let their attacks come on the counter, tested Ross Glendinning with a low effort via Joe McCready, but Glendinning comfortable saved.

With 20 minutes left Ballymena levelled the scores. A corner in from McCullough was met at the near post by Jonathan Addis who headed home for his second of the season.

Now level, United would've hoped to kick on in search of a winner but it didn't really materialise as they failed to create anything of note until added time. If anything, the hosts looked likely to score the game's third goal, with the closest they came a rifled shot from McCready that Glendinning had to turn over. United turned to Shane McGinty and Kenny Kane late in the day from the bench and in added time Leroy Millar saw a powerful shot blocked by Bonner, before McCullough sent an effort over with the last kick of the game, leaving United surely with a feeling of two points dropped rather than one gained.