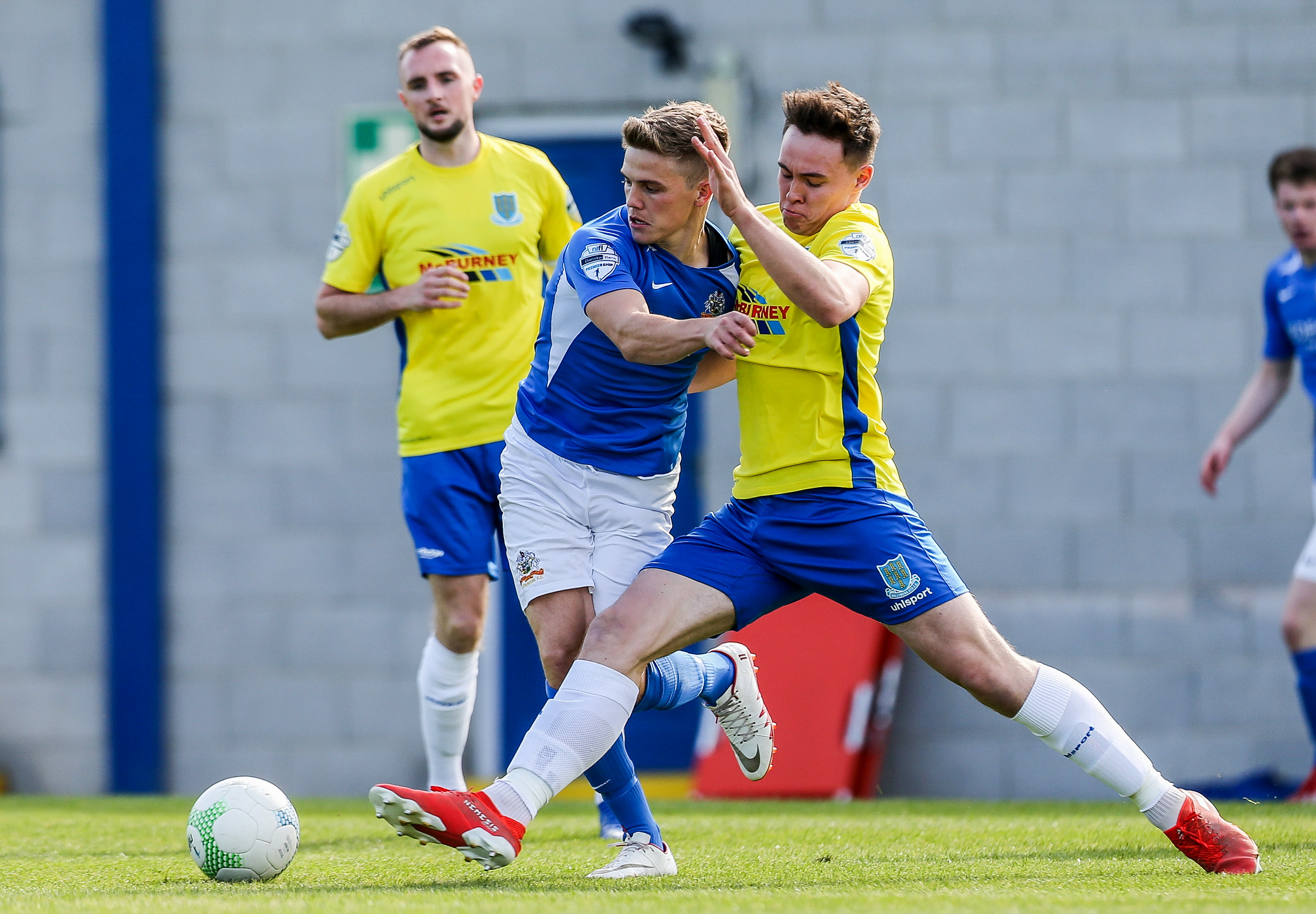 It was more misery at Mourneview for Ballymena United as a poor performance helped Glenavon run out 3-1 winners this afternoon.

United made three changes to the side that drew with Coleraine in the league last week, including welcoming Jude Winchester back from injury and Jonny Addis back to league action after his suspension.

In a fixture always sure to provide goals, both teams started brightly in a fast-paced opening to the game, with the deadlock broken with just 10 minutes on the clock as the visitors went ahead with a well worked goal. After Ballymena played it out neatly from the back, Ryan Mayse did well to pick out Leroy Millar with a long range ball and Millar's cross was on a plate for Cathair Friel who finished first time into the roof of the net.

The goal would prove to be as good as it got by some distance for Ballymena in the half, as bar a couple of half chances at best, United struggled to pose a threat. It took until after the 20th minute for Glenavon to really trouble Ross Glendinning, but he was called into action to tip an effort from the tightest of angles from Jack O'Mahony over the crossbar. From the resulting corner Andrew Mitchell bundled the ball over the line, but took Glendinning with him as well, with the goal ruled out for the foul.

On 28 minutes the Lurgan Blues pulled level through Rhys Marshall. Good build up play saw Josh Daniels find O'Mahony in the box, who held the ball up well to tee up Rhys Marshall from just outside the box and he rifled a fine strike past Glendinning, who had no chance.

Aaron Harmon and Paddy Burns were showing plenty of threat for Glenavon down both flanks, with numerous crosses making their way into Ballymena's box, one of which almost caught Glendinning out as it came back off the crossbar, with the 'keeper possibly getting a touch on the ball to keep it out, as the half ended at 1-1.

After a bit of a lull in terms of entertainment towards the end of the first half, the second period, much like the first, started with some purpose from both sides. For the hosts, Mitchell flashed a dangerous ball across goal from the byline which narrowly missed the boot of Andy Hall. At the other end, an Andy McGrory free kick from McGrory range was blocked by Mayse, who then saw his effort on the turn end up in the arms of Jonny Tuffey.

After those early chances Glenavon took a firm hold on the game, aided in part by slack play from the Braidmen, and took the lead for the first time on 57 minutes. Marshall sent the ball out to Harmon who delivered a low cross into the box, with the ball coming off the boot of Steven McCullough, taking it away from Glendinning and into the goal.

With Ballymena lacking options up top when they gained possession in the midfield, chances were few and far between, with Mayse curling an ambitious attempt from the edge of the box over the bar the best United could conjure up directly after going behind. A fourth goal in the game was looking more likely to fall the way of Glenavon and almost came when former Sky Blue Conor McCloskey was brought on and instantly saw a low effort drift just past the post.

With 20 minutes left Ballymena had a rare chance when Friel met a McCullough corner at the near post, but the scorer of United's goal could only head over, before shortly being replaced by Kenny Kane for his Premiership debut. With just 7 minutes left on the clock United almost drew level with a double chance that presented their best opening's on goal in the second half. A corner made its way to Addis at the back post, with his effort kept out by the legs of Tuffey, before Mayse's rebound was blocked by Harmon.

On 89 minutes Glenavon wrapped up just their second league win of the season with a third goal. O'Mahony and Stephen Murray were given the time and space to play a couple of one-two's with each other, before the latter crossed for sub Jordan Jenkins who turned the ball home out of the reach of Glendinning.

4 minutes of added time brought no joy for Ballymena as they looked for a consolation goal, with a performance were United didn't really look anywhere near at the races saw Glenavon take a deserved three points.