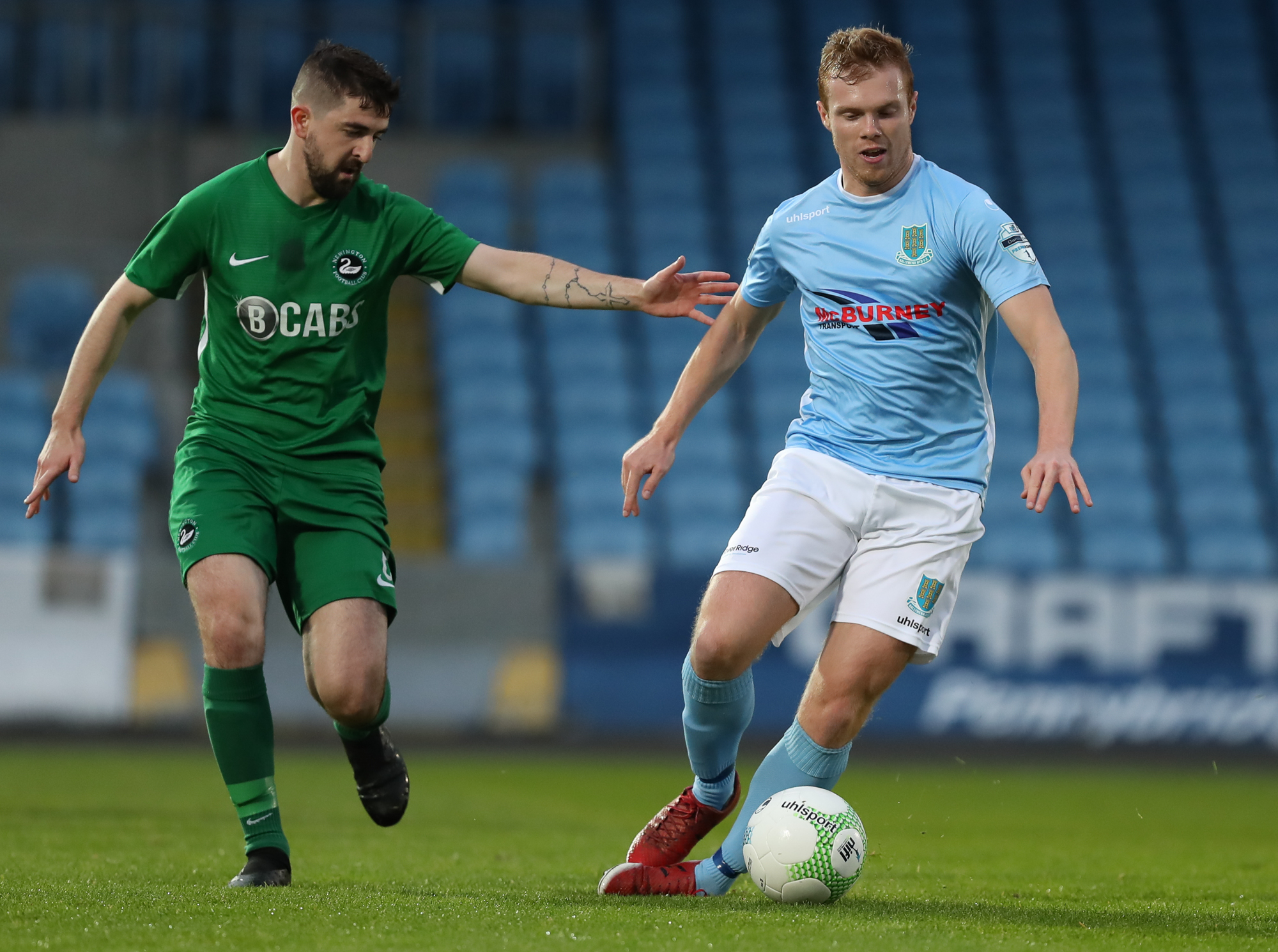 Ballymena United are into the third round of the BetMcLean League Cup after a hard fought 3-0 win over Newington at the Showgrounds on Tuesday evening.

United, League Cup finalists in four of the last five years, made seven changes to the side that suffered defeat to Glentoran on Saturday. The most notable of those were Jordan Williamson replacing Ross Glendinning in goals and Adam Lecky returning from injury, whilst Tony Kane missed out after picking up a red card at the final whistle on Saturday.

As expected, The Braidmen saw the vast majority of the ball in the first half and came across a couple of half chances early on. The first of those fell on 4 minutes when Andrew Burns drove out of defence to find Ryan Mayse, but after a neat turn he couldn't keep his effort down. Two minutes later Andy McGrory had the chance to recreate his free kick heroics from Saturday, albeit from a few yards further out, but this time he couldn't keep his strike on target. McGrory went close again shortly afterwards when he was picked out unmarked at the back post by Steve McCullough, but his header could only find the side netting.

After those early openings, The Sky Blues struggled to trouble Marc Maybin in any way in the Newington goal, as some lacklustre United play was coupled with shrewd defencing from the visitors. Ballymena's struggles to create weren't helped ten minutes before the break when Lecky couldn't continue after injuring himself in a collision with Maybin, with Cathair Friel coming on in his place.

After successfully keeping United at bay, Newington ended the half strongly themselves and gave the home side a couple of scares as they rattled the woodwork not once, but twice. The first effort came as Newington broke quickly through Jonathan Gowdy and he played in Patrick Downey, who rattled the crossbar with a powerful strike. Just three minutes later Williamson's crossbar was hit again, this time from a corner. Downey's delivery was met at the near post by Aodhfionn Casey who struck the underside of the bar, with Kevin Bradley's follow up saved by Williamson.

In between those chances, Shane McGinty did well to block an effort from Tiarnan Mulvenna that looked goalbound, as Ballymena were lucky to get out of a poor half at 0-0.
Leroy Millar replaced Shane McGinty at half-time as Ballymena looked to get out of the blocks quickly in the second half. They did just that when they broke the deadlock just four minutes after the restart when an inch perfect through ball from Jude Winchester was emphatically finished off by Ross Lavery.

After scoring early on in the half Ballymena would've probably been expected to kick on, but the home side rarely threatened the Newington goal after the opener. The Intermediate League side continued to cause the odd concern for Ballymena, with Bradley hooking a shot/cross across the goal line, before Gowdy missed a great chance from a header.

With 25 minutes left Ballymena came agonising close to a second. Mayse rounded the 'keeper and found Lavery who couldn't convert, with the ball eventually falling to Winchester, but his shot was superbly blocked on the line by Casey. On 80 minutes United finally found a game-clinching second goal through a goalkeeping error. A cross from the right via Andrew McGrory somehow made its way straight through the hands of 'keeper Maybin who was unable to spare his blushes when he failed to claw the ball back off the line in time.

With the second goal killing Newington's resolve, and possibly fitness becoming a factor, the hosts made sure of the win with a third on 83 minutes. Good feet from Lavery ended with his shot well saved by Maybin, but from the resulting corner a second ball in from McGrory was headed home by Cathair Friel at close range, as United, despite being below par and worked hard by a gritty Newington side, sealed a spot in Round 3.